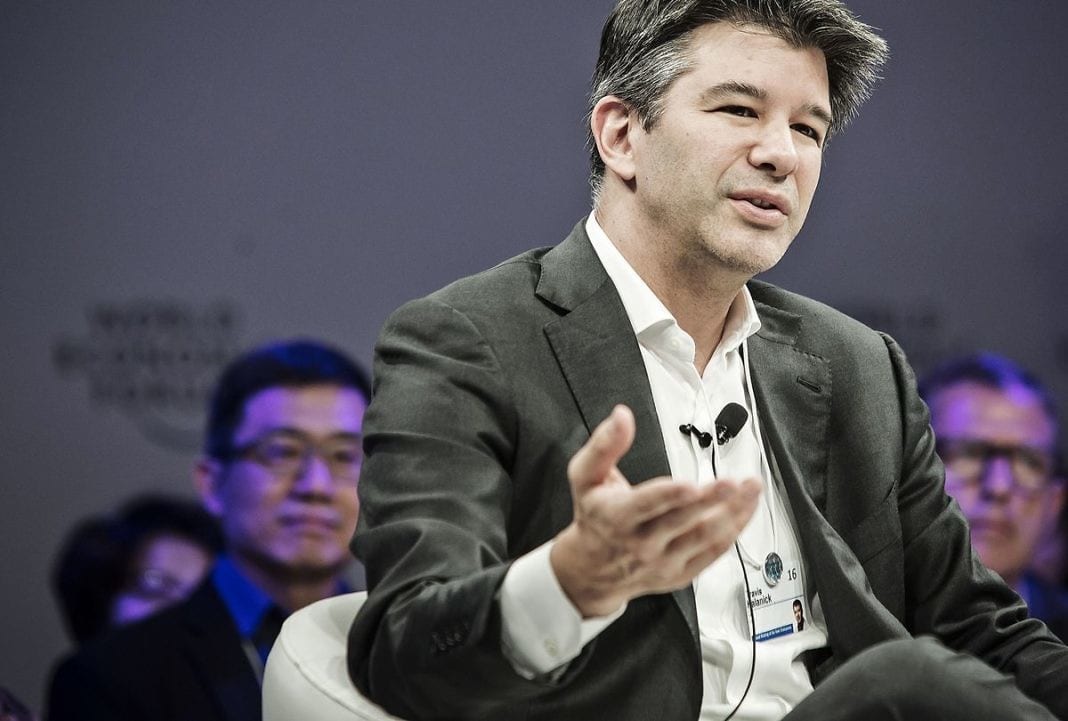 When Uber Technologies Inc. backer Benchmark Capital filed a lawsuit against the startup’s founder Travis Kalanick for using allegedly fraudulent means to pack the board with his loyalists, it sent a strong signal that Silicon Valley’s so-called founder-friendly era is coming to an end.

Going back years, venture firms have given Kalanick and his peers outsize control and influence over their companies. Critics say this has led founders to take a freewheeling approach to running their companies, loading up on shares for themselves and their friends and presiding over toxic workplaces.

At the heart of the Benchmark lawsuit is a provision that venture capitalists say stands out for its deference to Kalanick, and is highly unusual. It allowed the Uber founder to personally appoint three new members to Uber’s eight-seat board, effectively letting him slant the board his way after he resigned.

According to Benchmark, Kalanick got investors to sign off on the measure “fraudulently,”  by, among other things, hiding “gross mismanagement” at the company. Jimmy Asci, a spokesman for Kalanick, said the lawsuit is “completely without merit and riddled with lies and false allegations.”

On Friday three other investors sent a letter to Uber’s board, shareholders and Benchmark, saying the suit was designed to “hold the company hostage” and asked Benchmark to step down from the board. The investors are Sherpa Capital’s Shervin Pishevar, Yucaipa Companies’ Ron Burkle and Maverick’s Adam Leber. They didn’t immediately respond or couldn’t be reached for comment. Members of Uber’s board, not including Kalanick or Benchmark’s Matt Cohler, said they were “disappointed that a disagreement between shareholders has resulted in litigation,” according to an emailed statement.

Kalanick is far from the only founder deemed to have abused investors’ trust in him. Other examples include Jawbone Inc. founder Hosain Rahman and Tanium Inc. Chief Executive Officer Orion Hindawi, who were both given considerable autonomy or control by boards and then disappointed in their leadership. Rahman led Jawbone into bankruptcy and has now launched a long-shot bid to become a player in medical devices. Hindawi was forced to apologize after past and current employees described abusive behavior that prompted a talent exodus.

In the 1990s, it wasn’t unusual for venture firms to replace founders as CEOs, usually because the investors believed the company needed a leader with more experience. That practice fell out of favor but has resurfaced in recent years.

Take GitHub Inc., the developer platform. In early 2014, a former Github employee, Julie Ann Horvath, complained that co-workers—going right up to company’s co-founder and CEO, Tom Preston-Werner—had harassed and discriminated against her. Preston-Werner ended up resigning after an internal investigation; in a more forgiving time, he might have taken a leave of absence and returned.

The following year, Parker Conrad, founder and chief executive of Zenefits resigned after news broke that he was using unlicensed brokers to sell health insurance in several states.

In those cases, the founders agreed to step down. In other instances, VCs have discovered that the relatively recent practice of ceding voting control has made forced resignations impossible.

At venture-backed company Theranos, once valued at $9 billion and now worth next to nothing, disgraced founder Elizabeth Holmes controls 98 percent of voting shares. That has allowed her to continue as chief executive even after it turned out her vaunted blood-testing technology didn’t work, putting the company’s future in peril.

One reason VCs tolerated over-privileged CEOS—at Theranos, Uber, Snap, and other companies—was because so much money flooded into tech, making it easy for founders of the most promising startups to shop around. Last year, $41.6 billion was raised by venture firms, the most since the dotcom era, according to the National Venture Capital Association.

In an extreme case, at vegan food maker Hampton Creek Inc., most of the board, not founder Josh Tetrick,  was forced to resign after directors lost all rights due to the voting control they had allowed Tetrick to amass.

But once again, venture firms are wising up.

For a long time venture firms were loath to crack down on founders for fear they’d go elsewhere for capital. But that theory doesn’t really hold up, says angel investor Keval Desai, a backer of Optimizely, The RealReal and others. “Benchmark’s reputation has been built over many decades, and other entrepreneurs who have taken money from them will be proof that Benchmark isn’t in the business of suing their entrepreneurs,” he says. “Benchmark will be fine.”

Gifting moms vacation days is cute – but could we give them rights instead?

Medium shares its most-read posts of 2016