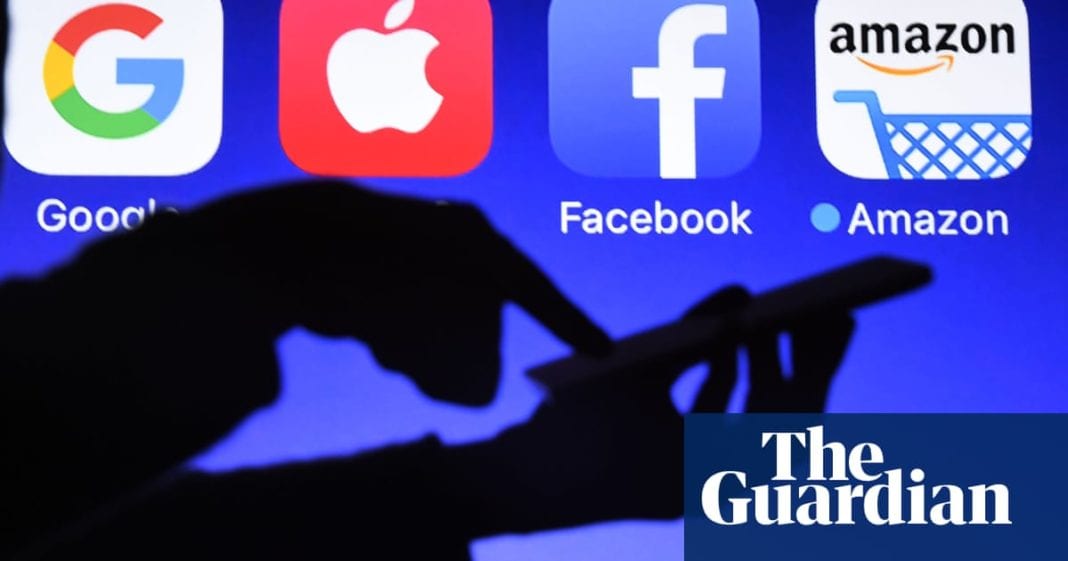 Banking committee questions Facebook on its Libra project, while the House will later take aim at Google, Apple and Amazon 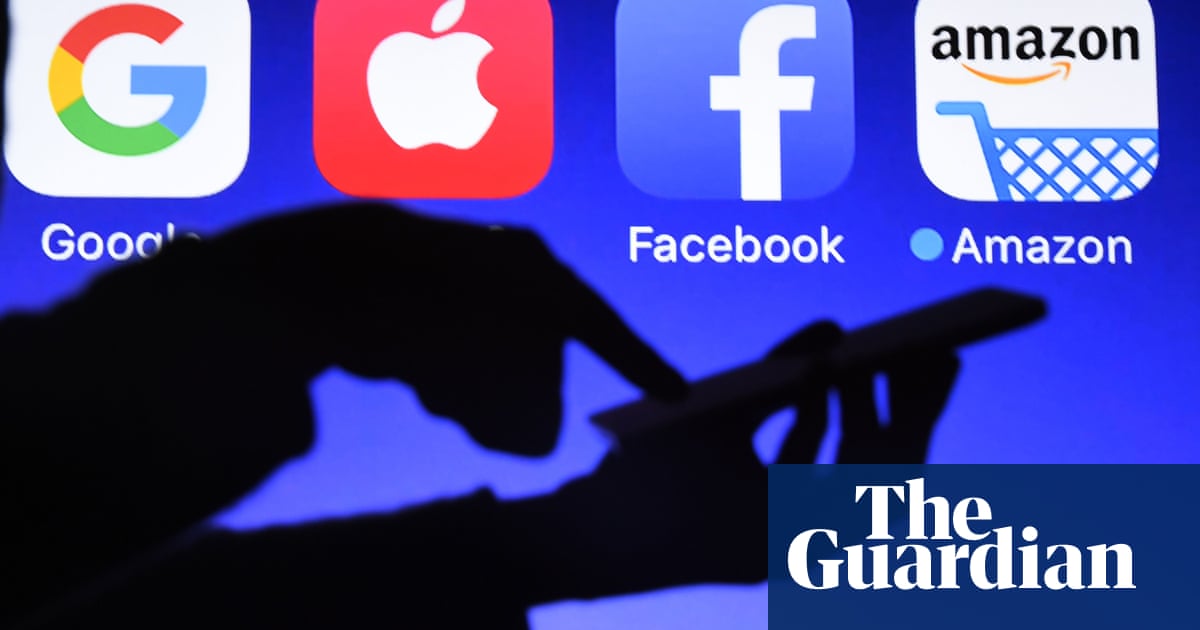 Facebook was greeted with hostility in the US Congress as the tech giant sought to defend its proposed digital currency to lawmakers on the Hill.

Members of the Senate’s banking committee grilled the Facebook executive David Marcus on Tuesday on the company’s privacy and security plans for Libra, a proposed digital currency that would allow Facebook’s billions of users to make financial transactions across the globe.

Senator Sherrod Brown of Ohio said Facebook shows “breathtaking arrogance” to attempt to launch a digital financial service after the privacy scandals that have affected the company and its users in the past year.

“Facebook is dangerous,” Brown said, likening the company to a toddler playing with matches. “It has burned the house down repeatedly and called every attempt a learning experience. Do you really think people should trust you with their bank accounts and their money?”

Tuesday morning’s hearing on Libra was the first of several hearings this week questioning the growing power of big tech firms.

On Tuesday afternoon, representatives of Facebook, Google, Apple and Amazon faced questions on online monopolies at the House subcommittee on antitrust, commercial and administrative law. And on Wednesday morning, it will be the House’s turn to question Facebook over its cryptocurrency venture.

Facebook says Libra will be managed by the Libra Association, an organization made up of more than 100 companies that have bought into the currency’s launch, and will be based in Switzerland. The company claims user payment data will be independent from existing Facebook advertising profiles and will not be sold.

Senator Pat Toomey, the Republican from Pennsylvania, questioned the Libra Association’s status as a non-profit, asking if interest on cash reserves would not generate “a substantial amount of income to founding members”.

Marcus also doubled down on Facebook’s argument that the new currency is primarily a payment tool, not an investment. In statements released ahead of the hearing, Marcus said the company will not launch Libra until it has “fully addressed regulatory concerns”.

“We recognize the authority of financial regulators and support their oversight of this project,” he said.

Despite Facebook’s repeated claims it will work with regulators, the Swiss group tasked with privacy oversight of Libra said it has not yet been contacted by the company, according to a report on Tuesday from CNBC. A spokesman from the Swiss Federal Data Protection and Information Commissioner (FDPIC) said the group has been following the project in the public debate.

“We have taken note of the statements made by David Marcus, chief of Calibra, on our potential role as data protection supervisory authority in the Libra context,” he said. “Until today we have not been contacted by the promoters of Libra.”

Facebook’s cryptocurrency plans could potentially shake up the world’s banking system, and drew immediate concerns from lawmakers and experts alike when they were first announced in June.

Since then, the US Securities and Exchange Commission has beendebating whether Libra resembles an exchange-traded fund. If it does, the SEC will need to approve Libra before its launch. Even Donald Trump has spoken out against the effort. “If Facebook and other companies want to become a bank, they must seek a new Banking Charter and become subject to all Banking Regulations, just like other Banks, both National and International,” he tweeted last week.

At times, lawmakers were less critical of the company’s development of a cryptocurrency and hopeful about progress the technology could bring.

“To strangle this baby in the crib is wildly premature,” Toomey said. “I think we should be exploring this and considering the benefits as well as the risks.”

Ahead of Tuesday’s hearings, many in the crypto space rallied around Facebook, noting that responses from Congress and the Trump administration regarding Libra are indicative of a larger resistance to the blockchain technologies.

“Facebook is today’s convenient punching bag, and gives politicians a straightforward opportunity to raise their profile,” said Roneil Rumburg, CEO and co-founder of blockchain-based streaming service Audius. “The crypto-community will likely end up being collateral damage in their spat. While some of us may or may not agree with Libra’s approach, we should all be able to agree that their right to experiment and innovate is worth defending.”

At the House subcommittee on antitrust, commercial and administrative law, the tech giants faced lawmakers who are increasingly skeptical of the incredible power large tech firms hold over markets such as digital advertising (in Facebook and Google’s case) ; and e-commerce and cloud computing (for Amazon).

The antitrust hearings are part of a recently launched bipartisan investigation into online monopolies. The first hearing of the investigation in June focused on the effects of online platforms on the new industry, while Tuesday’s inquiry addressed “innovation and entrepreneurship”.

The four companies spent much of their time claiming that they face fierce competition, to considerable skepticism from committee members.

Pramila Jaypal, a Democratic congresswoman who represents Amazon’s hometown of Seattle, drew quick blood with sharp questioning of Facebook director of public policy, Matt Perault, on whether the company had devoted resources to identifying promising startups and targeting them for acquisition. Perault denied the charge, despite a very public record of Facebook using a virtual private network app called Onavo to collect data on rival apps and inform acquisitions such as WhatsApp. The company has also copied features by startups that have rejected acquisition, including Snapchat and Houseparty.

Jaypal also pressed Nate Sutton, Amazon’s associate general counsel for competition, on whether Amazon uses the data it controls on its platform to compete with third-party sellers when it makes its own private brand version of a product – another widely reported practice that Sutton nevertheless denied engaging in. Cicilline further pressed Sutton on the question, reminding the witness that he was under oath. “We use data to serve our customers,” Sutton said. “We don’t use individual seller data to directly compete with them.”

Amazon also faced sharp questioning over the various fees that it levies against sellers, and reports that third-party sellers are pressured to pay Amazon for advertising and fulfillment services in order to compete.

“We have allowed these companies to gain monopoly power and now they’re actually killing innovation because of their control over key arteries of commerce,” said Sarah Miller, deputy director of the Open Markets Institute, a progressive thinktank that advocates against monopolies. “There’s no one silver-bullet solution, but any solution must get at the fundamentally dangerous level of power that these companies have been able to acquire … It’s not just one bill that’s going to neutralize the power of these platforms.”

Still, Miller said that the Senate and House hearings on Facebook’s proposed cryptocurrency are a sign that her group’s antitrust arguments are catching on with lawmakers.

“If two years ago, Facebook had announced that it was creating a cryptocurrency, I think people would have been like, ‘Oh, how innovative’,” she said. “Now it’s being slapped down. That’s the power of really educating policymakers.”

Egyptian technology startups stand on the shoulders of giants