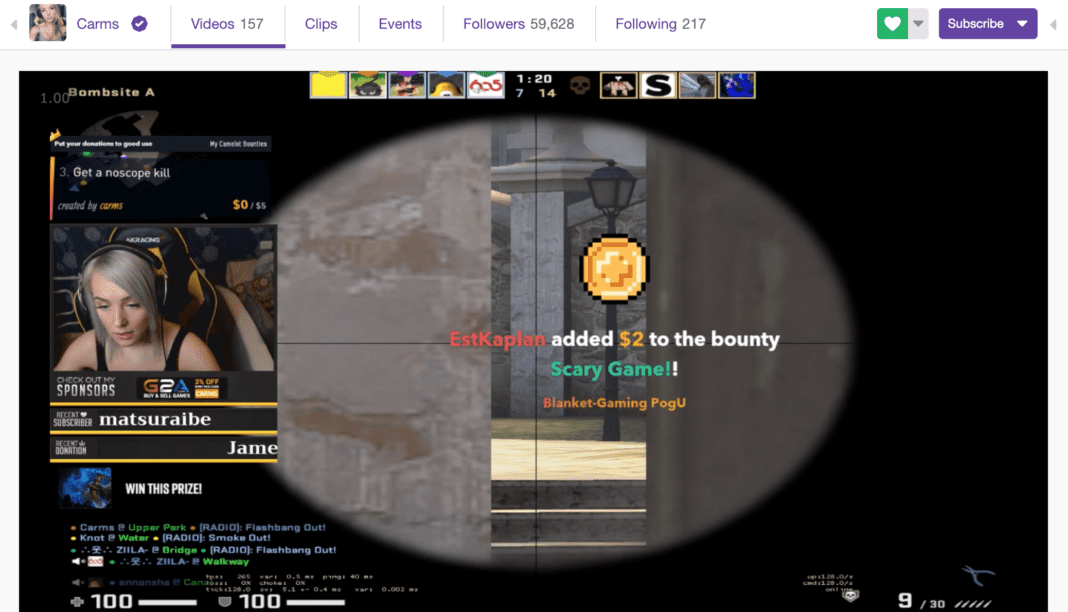 As the streaming world continues to grow, startups are looking to take advantage of the opportunity and grab a slice of the pie, and indeed create new revenue models around it entirely.

Camelot, a YC-backed startup, is one of them.

Camelot allows viewers to place bounties on their favorite streamers, putting a monetary value on the things they want to see on stream. This could include in-game challenges like “win with no armor,” as well as stream bounties like “Play Apex” or “add a heartbeat monitor to the stream.”

When a viewer posts a bounty, other viewers can join in and contribute to the overall value, and the streamer can then choose whether or not to go through with it from an admin dashboard.

Because internet platforms can often be used for evil alongside good, cofounder and CEO Jesse Zhang has thought through ways to minimize inappropriate requests.

There is an option for streamers to see and approve the bounty before it’s ever made public to ensure that they avoid inappropriate propositions. Bounties are also paid for up front by viewers, and either returned if the creator declines the bounty or pushed through when the streamer completes the task, raising the barrier to entry for nefarious users.

Camelot generates revenue by taking a five percent stake in every bounty completed.

The platform isn’t just for Twitch streamers — YouTubers can also get in on the mix using Camelot and making asynchronous videos around each bounty. Not only does it offer a new way to generate revenue, but it also offers content creators the chance to get new insights on what their viewers want to see and what they value.

Cofounder and CEO Jesse Zhang believes there is opportunity to expand to streamers and YouTube content creators outside of the gaming sphere in the future.

For now, however, Camelot is working to bring on more content creators. Thus far, streamers and viewers have already come up with some interesting use cases for the product. One streamer’s audience bought his dog some treats, and one viewer of Sa1na paid $100 to play against the streamer himself.

Camelot declined to share how much funding it has received thus far, but did say that lead investors include Y Combinator, the Philadelphia 76ers, Soma Capital, and Plaid cofounders William Hockey and Zach Perret.

Australia is great, but the Northern Territory is definitely the place to be

Uber Buys a Mysterious Startup to Make Itself an AI Company

Coders of the world, unite: can Silicon Valley workers curb the power of Big...