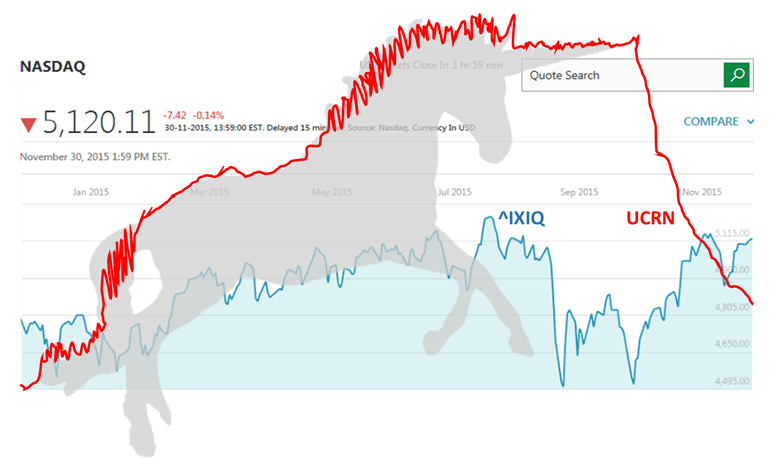 Weve kicked off2017 with a surprise acquisition of what was planned to be the first big IPO of the year Cisco snapping up AppDynamics for $3.7 billion, just days before its public listing and what many believe will be an IPO filing for Snapchats parent Snap. But in contrast, it appears that2016 represented a shiftless frothy times.

CB Insights has published its annual report of how tech companies performed in 2016 when it came to funding and exits, which shows that last year saw us move past2015s high-water markfor new, oversized valuations in the world of tech startups, as well aslarge number of companies not making it past their earliest funding rounds (and hence, lower valuations) before getting snapped up.

But amongall the publicly disclosed funding activity for the year, there were only 25 unicorn births that is, startups with newly minted $1 billion-plus valuations down by 68% over 2015.

CB Insights researchers do not detail how many down rounds there were last year, but in a separate place, it has tracked 109 down rounds since 2015, with 65 of them in 2016: in other words, down rounds were on the rise in 2016.

The changing times can also be seen in thegraphic bleow, which shows how valuations and exits came much closer together last year compared to the year before. If you squint, itlooks just a little like a unicorn with its head bowing down:

On the other hand, those tech companiesthat were already deemed unicorns aregetting out the door a little faster. There wasa 50% increase in exits either sales orIPOs among unicorns last year, 18 versus 12 in 2015.

Its not clear from CB Insights whether those exits were at valuations that exceeded or fell below the companies final privately funded valuations (although the wider trend of down rounds is growing: see above).

But in any case unicornsrepresented just 4% of all exits in the year. Itis a sign that whileJet.com, Dollar Shave Club, and travel tech company Skyscanner might have made the headlines, theywere not the norm by any means.

The large amount of companies that are not making it past Series A before exiting speaks to two trends. The first is that the crunch that weve heard of in the past that startups find it hard to scale and get funding in their later stages remains in place. By Series C, the amount of exits dwindles down to just 8% of all startups, according to CB Insights.

The other trend here is about valuations: those who are in the market to buy companies aretaking advantage of the cash squeeze and focusing and buying sooner and at lower valuations.

As for who is doing the buying, CB Insights reports that Google, which disclosedacquisitions ofsome 18 companies in 2016, took the crown in terms of volume (not value), with Salesforce and Accenture tying in second place. (Why not value? Its harder to calculate this, as the price for many of the deals never gets disclosed.)

Interestingly, tech holding company J2 Global, which owns brands like Ziff Davis and acquired Offers.com and others last year, has flexed its muscle as a consolidator, coming in fourth position in terms of acquisition volume.

Investorsthat takeearly-stage stakescontinue to rank the highest among VCsin terms of prolific activity and subsequent exits, which is no surprise: the total amount per deal is much lower, allowing them to spread their bets more widely.

SV Angel, CB Insights researchers said,led all VCfirms in the number of exits, with companies like Cruise Automation (acquired by GM), Twilio (IPO), and Vurb (acquired by Snapchat) all getting snapped up. Other VCs rounding outthe top 5 were Intel Capital,500 Startups, Andreessen Horowitz, and Norwest Venture Partners.

Intel Capital which nearly pulled out of all VC investing before it suddenlychanged course also ranked as the top corporate investor in terms of exits, followed by Google Ventures and Salesforce Ventures. Its exits includediControl Networks, Impinj, and Nexmo.

In terms of what categoriesof tech companies are seeing the most activity, internet startups remain the biggest category, but it appears that their share is in decline at the moment, accounting for 46% of all exits in Q4, down 11 percentage points on the same quarter a year ago.

Meanwhile, startups that focus on advertising, sales and marketing were far and away biggest category for both sales and IPOs, coming in at 54 companies exiting, with some biggies among them, such as mobile ad companyAppLovin selling to Orient Hontai Capital for $1.4 billion. In second came business intelligence and analytics services.

Its not too surprising to see such a large number ofadtech and marketing tech and sales exits in the list. There has been a huge boomin the worldof digital services, with consumers and businesses all turning to using the internet, and smartphones and other connected devices, to live their lives. But that has also raised a big issue: how best to monetise all of this. That has led to to the creation of a number of companies looking to answer that question, and the strongest of these are now finding new homes in a wider consolidation play.

The same goes for business intelligence and analytics: as companies have gone digital, theyve found themselves with a huge amount of data that in itself can be used to help run thosebusinesses better, and these are the tools that are being built to do that.

5 Podcasts (and Potcasts) to Digest After the DNC