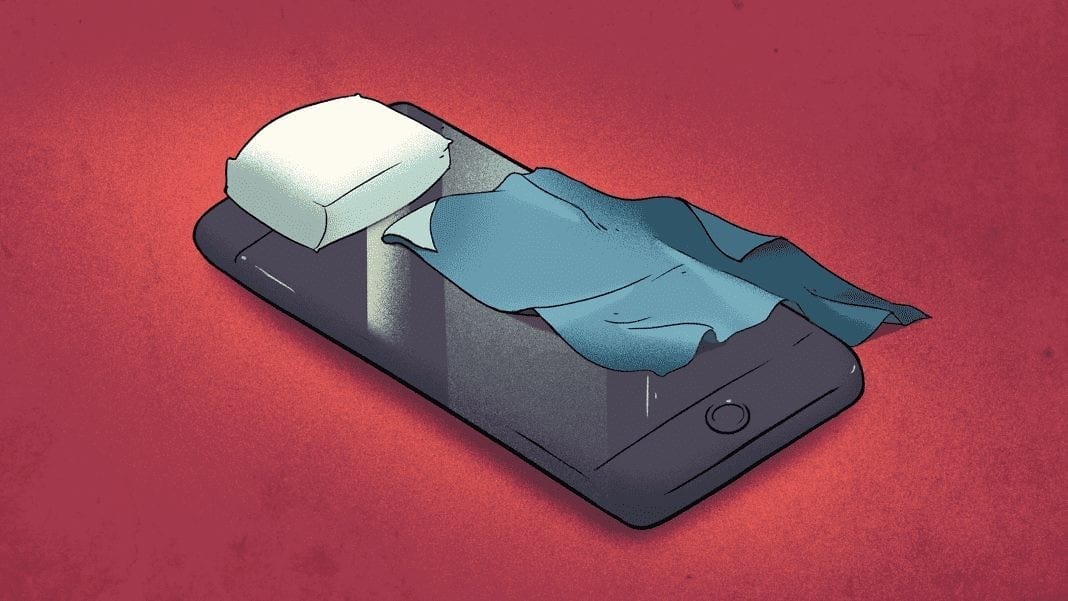 A lot of startups are pitching ways to put us to sleep lately. In response, investors are perking up and writing big checks.

Call it Big Sleep. After decades spent funding technologies tailored to deprive us of sleep (see: streaming video, gaming, social networks and 24/7 online shopping), the venture capital industry has decided to direct its considerable capital reserves at helping us get more shut-eye.

How else to explain the expansive number of venture rounds for companies developing sleep-focused apps, therapies and monitoring devices? Theres also an ultra-hot mattress startup sector, with at least two companies reportedly on a credible path to unicorn status.

The numbers behind sleep

Overall, sleep-focused companies that closed rounds in the past couple of years have raised a cumulative total of more than $700 million, according to an analysis of Crunchbase funding data. Funding in the past year alone was just shy of $300 million for these companies. (See our list of funded sleep startups here.)

Thats a big number, but its hard to say if its record-setting. Comparing recent funding activity to other periods is complicated because sleep isnt a discrete investment category. Rather, the list of Big Sleep startups includes companies in various sectors, including mobile apps, pharma, medical devices, media and consumer products. There also are no dedicated sleep funds or famous serial sleep entrepreneurs to track.

That said, there are very large rounds going to companies in the sleep space lately. In the consumer products area, the biggest investment recipient is Casper, which makes comfy mattresses and sells them online. The four-year-old New York company was reportedly in talks to sell to Target for $1 billion before deciding to pursue a late-stage investment from the retailer instead. Casper raised about $70 million in prior rounds. (See other mattress startups here.)

On the consumer device side, meanwhile, theres Hello, developer of the Sense sleep-tracking system, which has raised $41 million to date. Its one of several companies in what you might call the quantitative sleep space, with a device and app providing a detailed breakdown of your sleep cycles and advice for achieving a more restful night.

While consumer-focused startups are gaining traction, life sciences and medical device companies still account for the lions share of sleep-related venture investments. The most heavily funded private, sleep-focused company we found in the Crunchbase data set is Inspire Medical Systems, a developer of implantable therapeutic devices for treating obstructive sleep apnea. The Minnesota company has raised more than $110 million in venture funding, including a $38 million round in November. Other top funding recipients include Ebb Therapeutics (formerly Cereve), which is working on a device to treat insomnia, and Novasom, a provider of prescription home sleep tests.

Investors, of course, arent backing these companies just for the warm fuzzy feeling of helping people relax. Theyre in it to make money.

Investments in sleep-focused startups come amid a period of growing awareness about the extent and harmfulness of sleep deprivation. Last year, the Centers for Disease Control published a study finding that more than one-third of American adults are not getting enough sleep on a regular basis. Sleeping less than seven hours per day, the CDC added, is associated with an increased risk of obesity, diabetes, high blood pressure, heart disease, stroke and mental distress.

Taking on burnout with tech-supported rest

Lack of sleep is also a big problem at work. Even in Silicon Valley, where workaholic habits are celebrated, most dedicated techies will admit lack of sleep can lead to burnout and poor decision-making. Some are doing something to address the issue.

It might seem counter-intuitive to see internet entrepreneurs pitching solutions for the same fatigue-induced burnout commonly caused by working at a startup or using its products. Yet thats whats happening as more serial founders jump on the restfulness bandwagon. Celebrity media entrepreneur Arianna Huffington made a widely reported entrance into the space last year with the launch of Thrive Global, a media platform with $7 million in funding and a self-described mission to end the epidemic of stress and burnout. (Long before Thrive, Huffington was an advocate of nap rooms for tech workers.)

Predating Thrive by a couple of years is Headspace, a meditation and mindfulness app that has raised nearly $40 million. Its one of several meditation-focused startups that have raised capital in the past few years.

Investors, of course, arent backing these companies just for the warm fuzzy feeling of helping people relax. Theyre in it to make money. Most of them havent yet, but a few have.

Just this month, Apple, a company with a long track record of making things trendy, made a foray into the sleep space with the acquisition of Beddit, the developer of a popular sleep-tracking app and connected device. The purchase price wasnt disclosed, but given that Beddit had previously raised less than $4 million, and Apple has $67 billion in cash on its balance sheet, its a safe bet that the sale provided investors a favorable outcome.

As for the mattress business, Targets reported pursuit of Casper seems to indicate large-cap acquirers see value in newcomers. Another mattress startup, Utah-based Purple, has reportedly grown to $150 million or more in annual sales, all without venture financing.

The largest investments, and exits, however, will likely come from companies aiming to treat serious sleep disorders. The market for insomnia therapies and drugs in the U.S. alone is projected to reach $4.2 billion by 2021, up from $3.4 billion last year, according to a recent market forecast.

And although consumer apps and gadgets may go in and out of style, products and therapies that actually help provide a good nights sleep should see continuous demand.

How long should you stay in one job? – BBC News