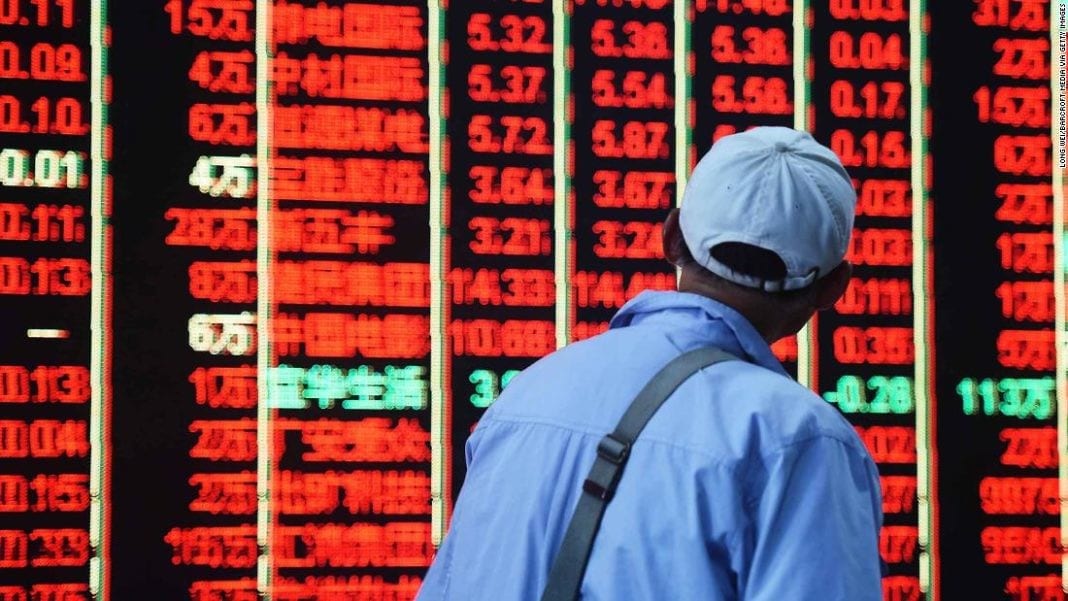 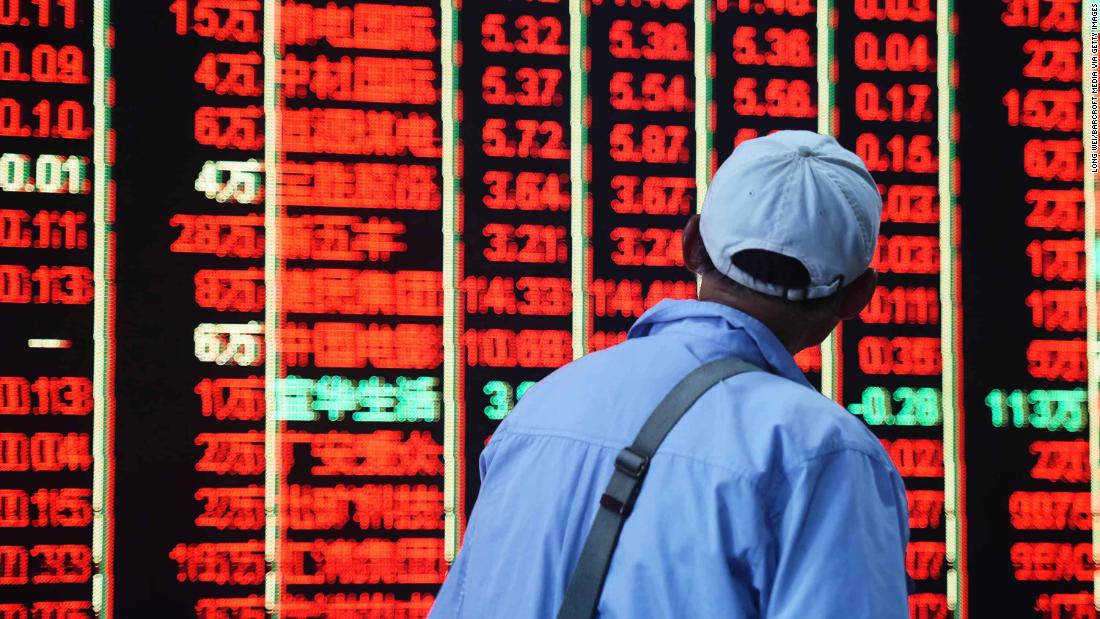 (CNN Business)1. China’s growth slows: The world’s second biggest economy grew 6.5% in the third quarter of this year. That’s its worst performance since the depths of the global financial crisis in early 2009 and weaker than economists expected. Government efforts to rein in debt are putting the brakes on growth, and US tariffs on $250 billion of Chinese exports are set to make things worse.

Central bank chief Yi Gang said that the market slump didn’t reflect the state of the economy, which he described as “moving forward” in a stable manner. He added that the government would take more measures to support the economy. Similar comments were made by financial regulators and President Xi Jinping’s top economic adviser.
Stocks in Shanghai closed up 2.6%, recovering most of Thursday’s decline of almost 3%. The Shanghai Composite has lost 23% so far this year.
Some voices on Wall Street worry that a full-blown trade war with China, combined with Federal Reserve rate hikes, could lead to a recession in the United States by 2020.
“A recession in the near-term is not inevitable, but the risk of one by 2020 has increased substantially in the past few months,” Ronald Temple, head of US equity for Lazard Asset Management, told CNN Business. “Take trade wars off the table and that significantly reduces the risk of recession.”
2. Saudi Arabia and Silicon Valley: Saudi Arabia’s global network of business ties and investments are coming under ever closer scrutiny as questions mount and the US government hardens its stance over the disappearance and apparent killing of journalist Jamal Khashoggi.
Treasury Secretary Steven Mnuchin said Thursday that he would not attend a major investment summit in Riyadh next week. Later that day, President Donald Trump said for the first time he believes Khashoggi is no longer alive. There would be “severe” consequences for Saudi Arabia if it is found to be involved in the killing, Trump added.
The crisis threatens big tech’s budding relationship with the kingdom. Amazon (AMZN) and Google (GOOGL), among others, were hoping to develop new business as the oil-rich economy tries to diversify.
Japan’s SoftBank (SFTBF), which has become a leading global tech investor with the help of Saudi cash, is at the center of attention. The SoftBank Vision Fund has pumped billions of dollars into startups around the world. Shares in SoftBank have slumped nearly 15% since October 2, when Khashoggi entered the Saudi consulate in Istanbul. He hasn’t been seen since.
3. Euro woes: The euro is under pressure, and Italian bond yields are rising after European officials fired off a stern warning to the government in Rome about its budget.
The European Commission wrote to Italian Finance Minister Giovanni Tria on Thursday, telling him that plans to boost the budget deficit may constitute a “particularly serious non-compliance” with EU rules designed to ensure the stability of the euro.
Italy’s government debt stands at 130% of GDP. That’s the second highest level in Europe after Greece. Inflating the budget deficit would further add to that huge mountain of debt.
Moody’s is expected to publish its latest view of Italy’s credit rating after European markets close.
4. Global market overview: Asian markets ended mostly higher, despite the disappointing China GDP data.
US stock futures were also moving higher, recovering from sharp falls on Thursday that accelerated after Mnuchin backed out of the Saudi conference.
European markets were weaker in early trading on Friday.
The Dow Jones Industrial Average dropped 1.3%, while the S&P 500 lost 1.4% and the Nasdaq sank 2.1%.
5. Stock market movers: Shares in PayPal (PYPL) were up about 6% in premarket trading, following a bumper earnings report on Thursday. AIG (AIG) fell about 4% premarket after it said it expected hefty pre-tax catastrophe losses in the third quarter related to a series of events including Hurricane Florence and typhoons in Japan.
6. Earnings and economics: Honeywell (HON), Procter & Gamble (PG), State Street (STT) and VF Corp (VFC) are set to release earnings before the open Friday.
7. Coming this week:
Friday — Procter & Gamble (PG), VF Corp (VFC) and State Street (STT) earnings

Sapphire Ventures has $1 billion in fresh funding to invest

The Future of Bitcoin Is Not as a Digital Currency