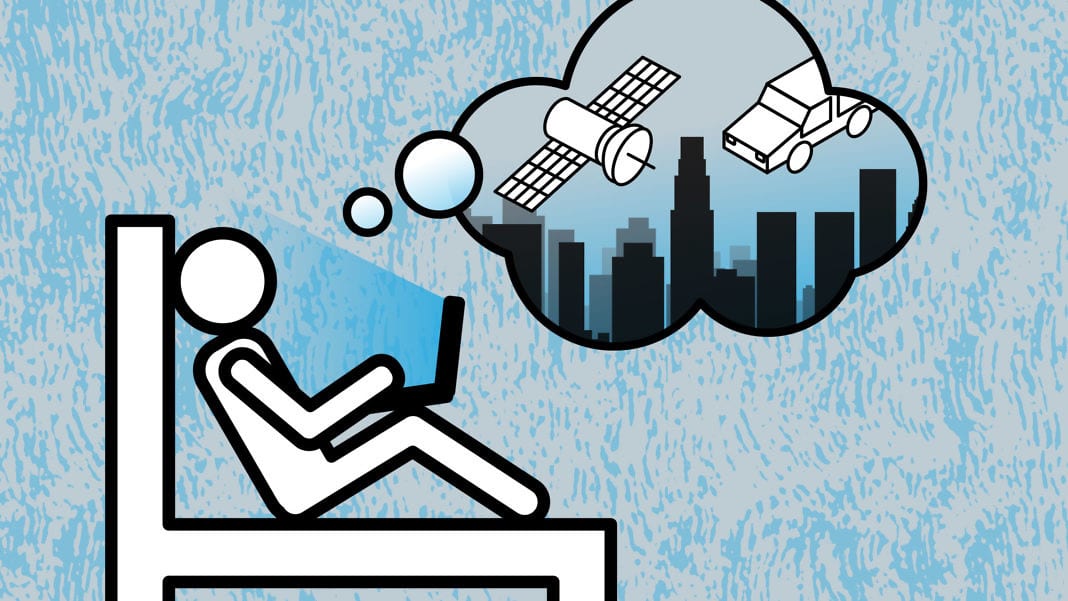 The number of things that can be done from the comfort of ones own bed has increased in recent years shopping, banking and now geospatial analytics. OK, it doesnt sound sexy, but it might give you a leg up the next time your friend starts an arcane argument with you over whose neighborhood historically has more vehicleson the road.

With SpaceKnows online analytics platform, you can quickly whip up a count of cars within any given satellite image. From there its easy to compare changes over time with historical imagery. SpaceKnow also makes it possible to break down the amount of spacededicated to water, natureand development within a designated area.

Experimenting with images of Googles data center, TheDalles, in Oregon, you can easily see obvious changes like the expansion that occurred between 2013 and 2015. But SpaceKnows platform also makes it possible to see less obvious changes, like the increase in cars after the construction was completed on the new building.

Each competitor in the space wants to show off its technical capabilities while raising the bar on what can remain part of a paid enterprise tier. SpaceKnow analytics offers consumers just a taste of what is possible with geospatial analytics. The startup aims to differentiatebymaximizing the sources of input imageryit can process.

We built a proprietary platform that lets us combine imagery from multiple providers, explains Pavel Machalek, CEO of SpaceKnow. It might seem obvious, but its hard from a technical perspective because that imagery is in very different formats.

Because the analytics are computationally intensive, the company hasnt fully committed to opening up the feature for good. For now, if you want to take advantage of it, youll have to put in a request through a chat window inside the web app.

This isnt ideal, but it does give a behind-the-scenes peek at costly B2B geospatial analytics technology. You can access SpaceKnow analytics here. And if, for whatever reason, you have trouble, let me know in the comments.

Cratejoy sheds nearly half of workforce amid restructuring effort

I Want Your Job: Blythe Harris, CCO Of Stella & Dot