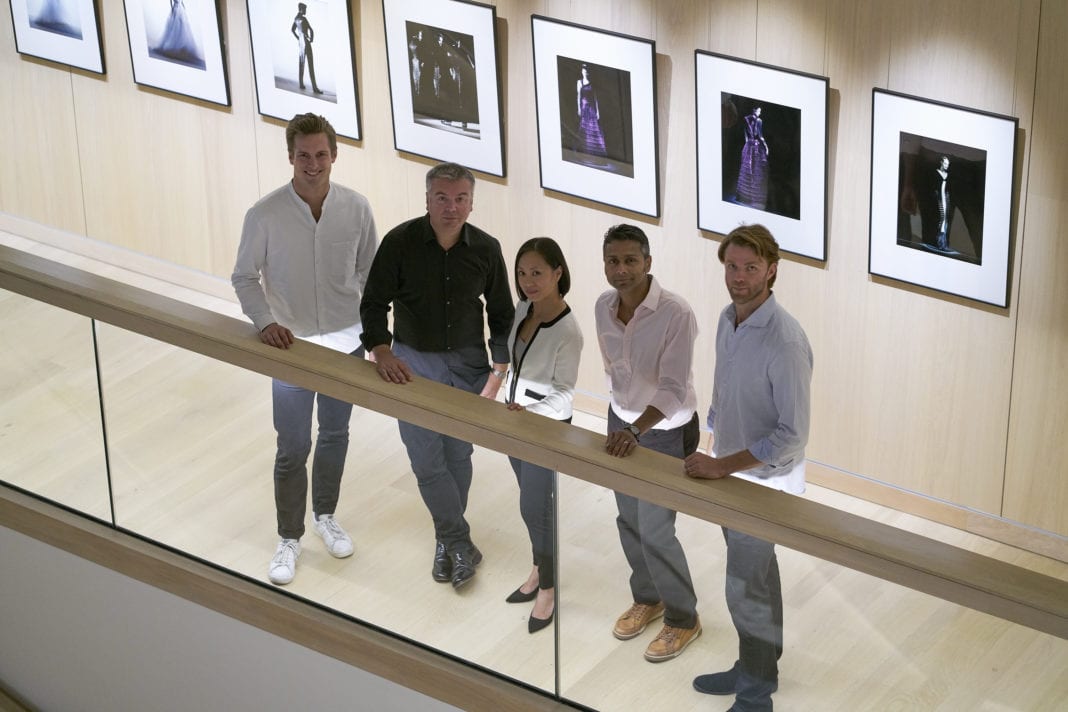 Founded by Scott Sage and Krishna Visvanathan, who were both previously at DFJ Esprit, “Crane I” has had a second closing totalling $90 million, money the firm is investing in enterprise companies that are data-driven. Sage and Visvanathan are joined by Crane Partner Andy Leaver.

Specifically, Crane is seeking pre-Series A startups based in Europe, with a willingness to write the first institutional cheque. The firm is particularly bullish about London, noting that 90% of cloud and enterprise software companies that went public in the last 8-10 years opened their first international office in London. Investments already made from the fund include Aire, Avora, Stratio Automotive and Tessian.

Crane’s anchor LPs are MassMutual Ventures, the venture capital arm of Massachusetts Mutual Life Insurance Company (MassMutual), and the U.K. taxpayer funded British Patient Capital (BPC), along with other institutions, founders and VCs spanning the U.S., Europe and Asia. In addition, Crane has formed a strategic partnership with MassMutual Ventures to give Crane and its portfolio companies “deep access” to new markets and networks as they expand internationally.

Below follows an email Q&A with Crane founders Scott Sage and Krishna Visvanathan, where we discuss the new fund’s remit, why Crane is so bullish on the enterprise, London after Brexit, and why the enterprise isn’t so boring after all!

TC: Why does London and/or the world need a new enterprise focused VC?

SS: Just to correct you Steve, we’re an enterprise only seed fund 🙂 – which does make us somewhat unique. We back founders who have a differentiated product vision but who haven’t demonstrated the commercial metrics that our counterparts typically look for. We see opportunity and not just risk.

TC: It feels like years since I first heard you were both raising a fund together and of course I know that Crane has already made 20+ investments. So why did it take you so long to close and why are you only just officially announcing now?

KV: It was definitely a humbling experience and took us 12 months longer than we would have hoped! We held our first close for Crane I, our institutional fund, in July 2018, two and a half years from when we started raising. We had previously established a pre-cursor fund and started investing in Q1 2016, quietly building up our portfolio and presence. We had to hold off on discussing the fund until we concluded the final close a few weeks ago for regulatory and compliance reasons.

TC: You say that Crane is broadly targeting early-stage “intelligent” enterprise startups — as opposed to unintelligent ones! — but can you be more specific with regards to cheque size and stage and any particular verticals, themes or technologies you plan to invest in?

SS: Data is central to our thesis – the entire enterprise stack will need to be rebuilt to understand and learn from data, which is what we mean by intelligence. The majority of installed enterprise applications today are workflow tools and don’t do anything intelligent for the user or the organisation. We’re also excited about entirely new products for new markets that didn’t previously exist.

Our first cheques range from $750k to $3m, with sizeable follow on reserves to support our companies through Series B. We view our sweet spot as helping companies build their go-to market strategies and are happy to invest pre-revenue (approximately half of our portfolio at the time of investment), although we prefer to invest post-product.

TC: Given that you typically invest pre-Series A, where an enterprise startup may be pre-revenue and not yet have anything like definitive market fit, what are the standout qualities you look for in founding teams or the assumptions they are betting on?

KV: You mean apart from the obvious ones that every VC would say about passion, vision, hunger etc (mea culpa!)? We love highly technical teams who have a visceral understanding of the problem they are solving – usually because they lived through it previously. Many of the founders we’ve backed are reimagining the market segments they are addressing.

TC: Almost every new fund these days is talking about its operational support for portfolio companies. What does Crane do to actively support the very early-stage companies you back?

SS: Our sole focus is on supporting founders with their go-to-market strategy which encompasses everything from product positioning and generating marketing leads to building a high performing sales team, renewing and upselling customers. We have formal modules we run behind the scenes with a new company once we’ve invested and we’re also building out a stable of venture partners who are specialists in these areas. We believe that there is a multiplier effect in creating a community of similar staged businesses with parallels in their business models.

TC: Although Crane is pan-European, I know you are especially bullish on London as a leader in creating and adopting enterprise technology, why is that?

KV: We believe London has a great concentration of customers, data science and software talent, commercial and go-to-market talent. 90% of cloud and enterprise software companies that went public in the last 8-10 years opened their first international office in London. And, we’ve also seen a newfound boldness amongst young first-time founders who are not bound by the limits of their imaginations. Look at Onfido, Tessian and Senseon – all first-time founding teams we have backed who are building category-defining businesses.

TC: Which brings us to Brexit. How does Crane view the U.K. exiting the EU and the challenges this will undoubtedly create for tech and enterprise companies, in particular relating to hiring?

SS: We are believers in a global economy and the UK being a major contributor to it. The reason London is still the startup capital of Europe is because of its diversity and openness. The UK exiting the EU is counter to this which we believe will have a negative impact on our ability to attract talent and remain at the forefront of European tech.

TC: Lastly, enterprise tech is often viewed as “unsexy” and something many journalists (myself included) yawn at, even though it is a huge market and arguably the hidden software that the engine rooms of the world economy run on. Tell me something I might not already know about enterprise tech that I can repeat at a dinner party without sending everyone else to sleep?

KV: Imagine a world where you turn on your laptop and your day is pre-organised for you, your email self protects against catastrophic mistakes, your digital identity is portable, your physical workspace syncs with your calendar and auto reserves meeting rooms, and your creditworthiness is something you control, leaving you to focus on channelling your creativity as a journalist and not deal with pfaff. That’s the intelligent enterprise right there in the guise of Tessian, Onfido, OpenSensors and Aire, a selection of the companies in our portfolio. It may start with the enterprise, but ultimately, the products and businesses that are being built are all for people.

TC: Scott, Krishna, thanks for talking to TechCrunch!

Is it OK to use Uber now that Travis Kalanick has resigned?