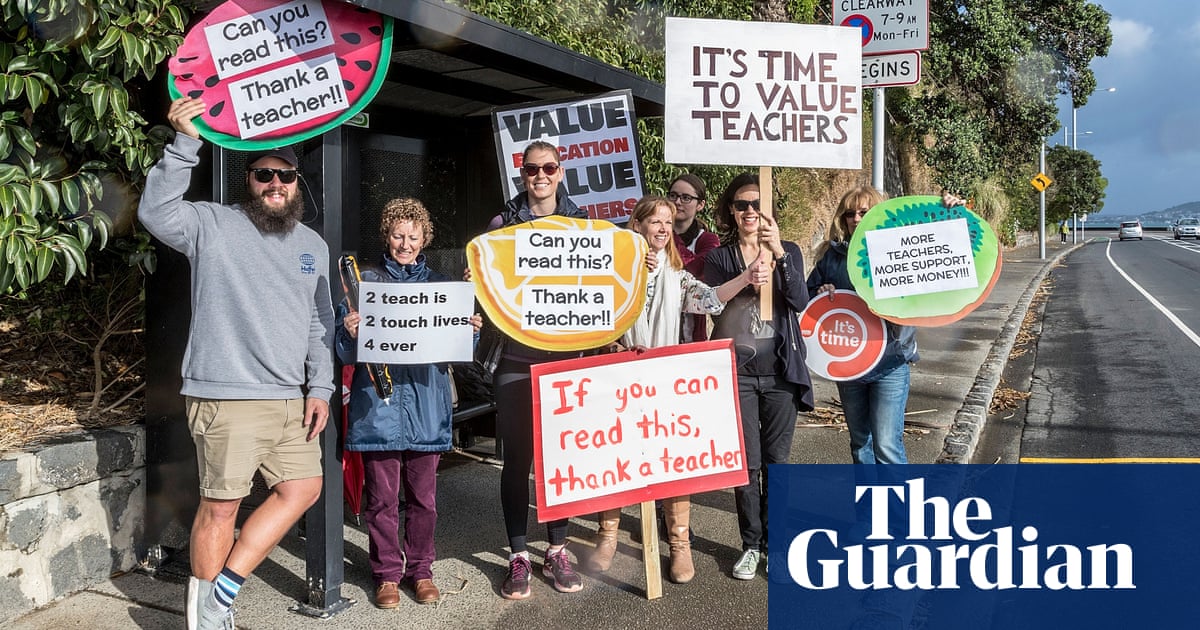 Primary school teachers have gone on strike in New Zealand for the first time in 24 years, weeks after 30,000 nurses walked off the job.

An estimated 29,000 teachers stopped work for a full day on Wednesday, demanding a pay rise from the government of 16% over two years. The industrial action affected 400,000 children.

Louise Green, the lead negotiator for teachers’ union the NZEI, said the profession was at a “crisis point” and the government needed to invest in the future of the country’s children, as well as making the profession desirable again to new recruits.

“There needs to be better investment in education so every child can reach their potential and we have enough teachers for every class,” she said.

NZEI wants a special needs co-ordinator in every school to help high-needs students; more time teaching and less time spent on administration; smaller class sizes; and benefits to help attract and retain younger teachers as the majority of the workforce nears retirement age.

In the last eight years 40% fewer people were training to be teachers, Green added.

Rallies were organised in every major town in New Zealand. Zoos, community halls and churches put on special all-day events for primary aged children to try and ease the burden and many workplaces allowed children to come in for the day or gave employees with children the day off.

Wellington teacher Matt Boucher said he was striking for better work-life balance. The original half-day strike was not deemed drastic enough to make teachers’ position clear to the government.

“The reality is that they have a crisis on their hands whether they want to admit or not, and if they don’t sort it out then teachers will continue to vote with their feet and go to other professions and that crisis is only going to get worse,” he told Radio NZ.

The prime minister, Jacinda Ardern, said she did not see the teachers’ strike as a failure of her government.

“There are a number of issues that the teachers have rightfully raised but I think we’re making good progress. Our hope now is we can resolve outstanding issues at the table,” said Ardern.

“We have expectations we have to meet for the wider electorate and it isn’t an endless amount [of money] we have available to us to meet those expectations.”

In July nurses went on strike for the first time in 30 years. In the last three months bus drivers, cinema workers and fast-food workers have also gone on strike – a situation trade union experts expect to see more of during the centre-left Labour coalition’s first term in office.

How to make mentorship a two-way street, with Tobias Harris of the Detroit Pistons