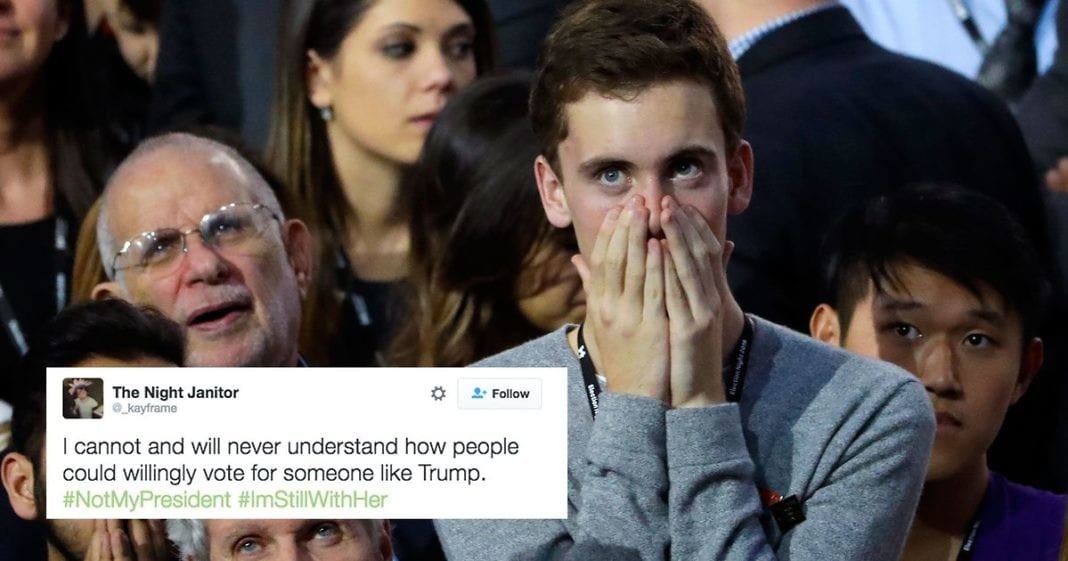 Hillary Clinton supporters refuse to give up in spite of last night’s heartbreak.

When Election Day results spelled victory for Donald Trump, those who voted for Clinton found themselves in a state of utter disbelief.

After the Democratic candidate conceded early Wednesday, rather than admit defeat, Clinton supporters proudly voiced the fact that they are #StillWithHer.

To add to the emotional election roller coaster that Twitter has taken us on these past few months, Clinton supporters are flocking to the social media site to stand their ground and bond in solidarity.

#StillWithHer #HesNotMyPresident I can’t accept such a hateful, immature, downright vile person as my president. Not him. Not now. Not ever.

POC’s and women have suffered the worst this country has to offer, we overcame then, we will today, we will tomorrow. #stillwithher gnight

Thank you @HillaryClinton for fighting for me and my country. You are and always will be my hero. #stillwithher pic.twitter.com/cX73lL2Cf4

I cannot and will never understand how people could willingly vote for someone like Trump. #NotMyPresident #ImStillWithHer

If Trump is such a great choice then why is #NotMyPresident and #ImStillWithHer trending more than congratulating Trump?

Electoral College needs to go. Hillary won the popular vote. Majority of America knows she was right for President. #imstillwithher

As of 11:00 a.m ET the hashtag has been used 63.5k times and it seems as though denial is reaching an all-time high.

BONUS: The world is in shock after Donald Trump won the US presidential election

The 10 benefits and policies any modern workplace should have