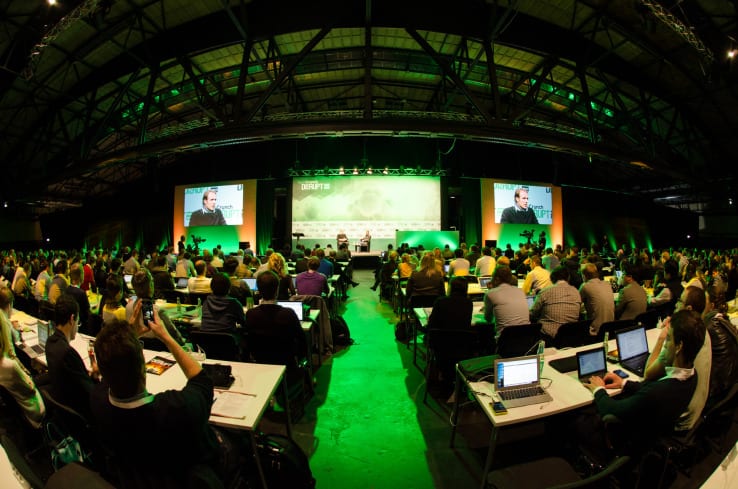 Guten tag, European startup fans! TechCrunch is thrilled to announce that we are headed back to the Arena Berlin in the heart of Berlin, Germany for Disrupt Berlin 2017.

Although Disrupt is returning to Berlin after a three-year stint in London, this is not to be thought of as a purely Berlin event. This is our European event, which happens to be in Berlin. So we want startups and investors from all over the European ecosystem to come.

That said, not only are we happyto be headed back to Berlin, were excited to be back at the historic and beautiful Arena Berlin. The Arena Berlin is on the Spree just across from the East Side Gallery in the former Soviet sector, and the Berlin Wall literally ran right past the place.

The 6,500-square-meter Arena was built in 1927 as an omnibus depot, and at the time was the largest freestanding hall in Europe. The Arena was used as a weapons storage for the Third Reich duringWorld War II and was converted to a refugee camp after the war.

The Arena was extensively renovated in 2000 into an impressive venue for events for up to 9,000 people. The combination of 1920s architecture, historical significance and modern amenities make the Arena Berlin one of the most popular event spaces in the city, and we think youre really going to enjoy it.

The last time we were at the Arena Berlin was in 2013 for the first Disrupt in Europe, and its safe to say we all had a blast. For this years show, were going to take it to a whole new level. Youre going to want to be there.

Were not ready to reveal too many details for the show just yet, but you can check out a list of past speakersand learn more about the various components of the show on the Disrupt Berlin page to get a sense of what we have in store for you.

Disrupt Berlin 2017 takes place December 4-5, and you can sign up for two-for-one tickets to the show here.

The last frontier of consumerizing travel lives in the workplace