Tiredness is the new norm no wonder companies are selling sleep aids from spooning robots to cuddle blankets. How did a restful night become a luxury item? 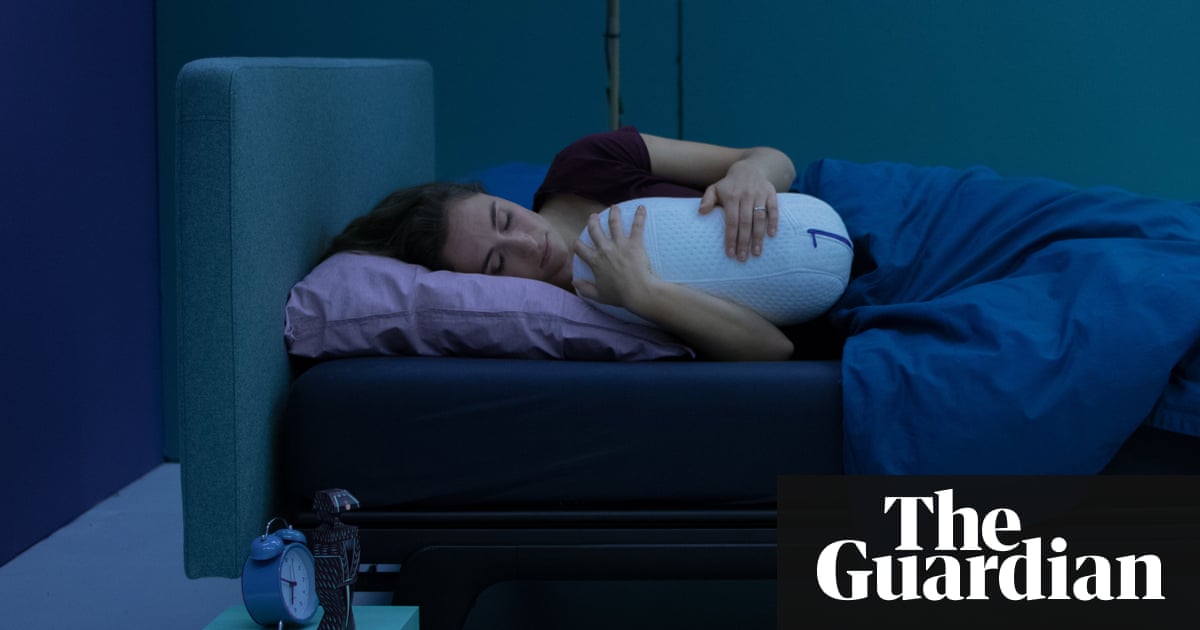 Rockwell Shah speaks with almost evangelical zeal about sleep. He is the CEO of Pzizz, an app that “designs dynamic audio” to get you to “sleep at the push of a button”; for him, bedtime is a “sleep experience”. Does he use his own app? “Oh my God! All the time.” As a sleep entrepreneur, what is his bedtime routine like – does he swear by camomile tea or special pyjamas? “I have a Purple mattress. I love the darn thing; it’s not like anything you’ve ever experienced with a mattress before, you basically float on top of it.” He does not, he clarifies, have any affiliation to the company. He is just truly that excited about shuteye.

Who can blame him? A good night’s sleep helps our memory, learning and mood. So it is no wonder that an industry of bright-eyed sleep entrepreneurs has awoken around our quest for better, deeper, longer sleep. They are offering everything from sleep trackers to white noise machines and hi-tech pyjamas that claim to create “an advanced sleep system for better rest and recovery”, made from bioceramic material that “absorbs the body’s natural heat and reflects that energy back into the skin”. Then there is a new robot, versed in “thousands of years of Buddhist breathing techniques”, that promises to soothe you to sleep, if only you spoon it. Yours to order for €539 (£466).

In the world of sleep, business is booming: according to a 2017 McKinsey report, the sleep-health industry – anything from bedding and sound control to sleep consultants and prescription sleep aids – “is collectively estimated to be worth between $30bn and $40bn and has historically grown by more than 8% a year, with few signs of slowing down”.

At a time when our innate ability to sleep is being kiboshed by work, life and disruptive partners – one recent study found that 30% of Americans wanted a “sleep divorce” – capitalism is, for better or worse, finding a way to sell it back to us.

Just look at the mattress market. In recent years, mattresses have become a highly desirable commodity, sold by companies that increasingly behave like tech startups, putting growth at their core and accessing venture capital markets more usually associated with Silicon Valley. The New York-based online mattress retailer Casper reached $100m in sales in 2015, the year after it launched; British company Simba expects sales of £100m by next year, having launched in 2016.

The Pzizz app launched in October 2016 and now has more than half a million downloads across 160 countries. The Duke of York declared himself a fan, and JK Rowling said it was the “best I’ve used by a mile”.

Shah spent 10 years working in a medical software company before starting the app, fuelled by his own past struggles to nod off as well as a “recognition that sleep has been declared a public health crisis”. He describes in more detail how Pzizz works: “dreamscapes engineered to lull your body into sleep” are paired with voiceovers “based on clinical sleep interventions, things like progressive muscle relaxation, clinical sleep hypnosis, breathing exercises and autogenic training”, a technique that teaches your body to respond to verbal commands. The scripts are modular, meaning “literally billions of variations”, and the voice actors are chosen for possessing “that special quality” – they know how to “speak in a certain way that just … gets you …” – he slows his voice right down – “to … relax”.

It certainly sounds relaxing. But what does the meteoric rise of this industry say about our lives – are we in a sleep crisis? “The simple answer is ‘yes’,” says Dr Guy Meadows, the co-founder and clinical director of the Sleep School, which runs insomnia clinics in central London, “we are in a sleeplessness epidemic.” A perfect storm has settled over our bedrooms, and it is stopping us from drifting off. “Tiredness,” he says, “is the new norm.”

The 5 Most Clearly Staged Reality Shows In TV History