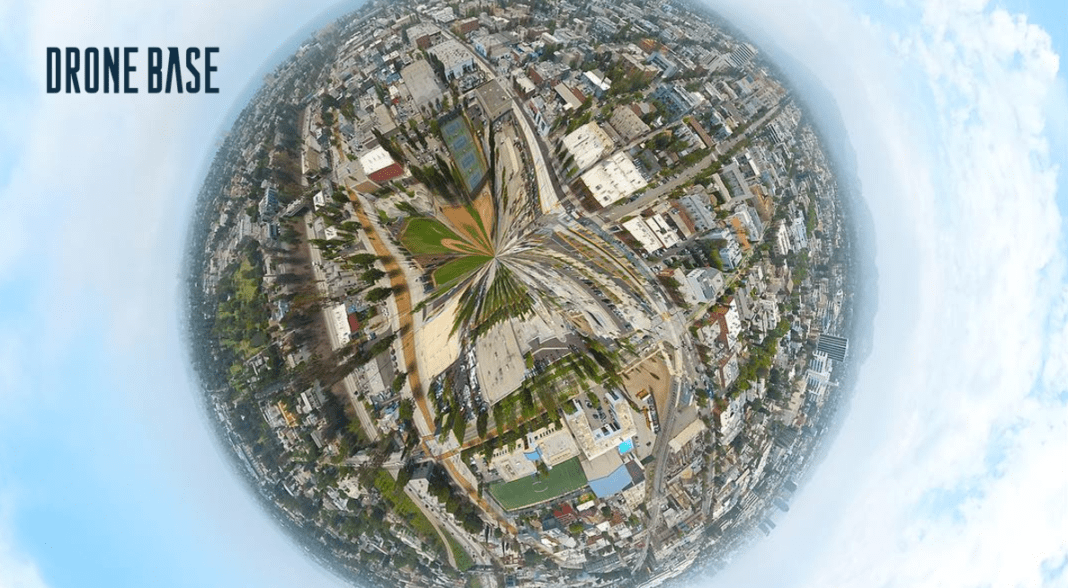 That drone in your closet could earn you some money thanks to DroneBase, a startup that delivers aerial data and footage to business clients. DroneBases new Pilot Program lets drone owners find gigs nearby where they can fly 10-minute missions, upload the assets and get paid if a DroneBase client wants to buy the info.

By connecting idle pilots with needy businesses, DroneBase can change flying an unmanned aerial vehicle from a hobby into a profession, equip businesses with aerial data without them having to own drones and build its business too.

Clients now include construction companies, Hilton hotels, Allstate insurance, Zillow, commercial real estate giants CBRE and JLL and Keller Williams, the largest realtor by number of agents. They use DroneBase to track progress at their work sites, measure areas and resources, verify insurance claims on roofs, shoot aerial marketing footage of properties and more. Clients just input their needs and DroneBase dispatches a pilot with all the skills and hardware necessary to get the job done.

Dan Burton, DroneBases founder and CEO, tells me its been really rewarding to pay some pilots as much as $50,000 a year. Meanwhile, DroneBase is on track to boost its revenue 700 percent from 2015 to 2016.

The potential to crowdsource the future of enterprise drone usage has attracted a $3 million Series A for DroneBase. Previous investor Union Square Ventures and its top dog Fred Wilson led the round. Burton says, Every interaction with them, they just increase our trust, even when theyre telling us something hard to hear.

The round, which brings DroneBase to just over $5 million in funding, wasjoined by Upfront Ventures, Accel Partners and DJI. Also based in the startups hometown, Burton says Upfronts access to talent in Los Angeles has been a big help.

DJI has become DroneBases most important partner. DroneBase requires pilots to exclusively use the Chinese manufacturers hardware in order to standardize the footage collected. All the jobs weve done, weve done every single one on a DJI drone Burton says. It removes hardware as a variable. For example, DroneBase did monthly check-ups on 40 construction sites across the country for one company, and the reports from Arizona and Florida are directly comparable.

The funding will fuel DroneBases invasion of new verticals. When it started in 2014, DroneBase focused on collecting beautiful shots from the sky for real estate marketers. Its grown into insurance, construction and mining. Now it wants to advance its business with solar companies and telecom infrastructure owners.

Were actively flying in all 50 U.S. states and 30 countries, Burton beams. Any address in the United States, we can get you drone imagery and data in 48 hours, for almost always under $500.

Wait time and prices could drop even further now that civilians can join DroneBases Pilot Program. Eighty percent of people who buy a drone, they go out and fly it three or four times, and then its collecting cobwebs in their garage, Burton says. Better to put them to use.

DroneBase has more than a million properties it believes would benefit from drone footage. Burton thinks it can sell their owners deeper data for much cheaper than what it would cost to buy a drone and hire a pilot, get helicopter or satellite imagery or precariously dangle a human from a ladder or harness.

DroneBase will have to hope regulation keeps it easy for licensed pilots to fly these quick missions. Plus, plenty of other startups want to be DroneBnB, too. There are legitimate competitors, like Skycatch, as well as lots of drone-for-hire sites like Air-Vid, Droners.io and HireAUAVPro. Still, DroneBases biggest foe remains the status quo of not having aerial footage or data at all.

But as big businesses realize the high value of drones and the high costs of ownership and operation, more will look to pilot marketplaces like DroneBase. The obsolescenceis ridiculous, Burton concludes. You spend $100,000 on a fleet of drones and it will be obsolete in 6 months. Why buy the drone when you can get the flights for cheap?

The Art of the Pitch