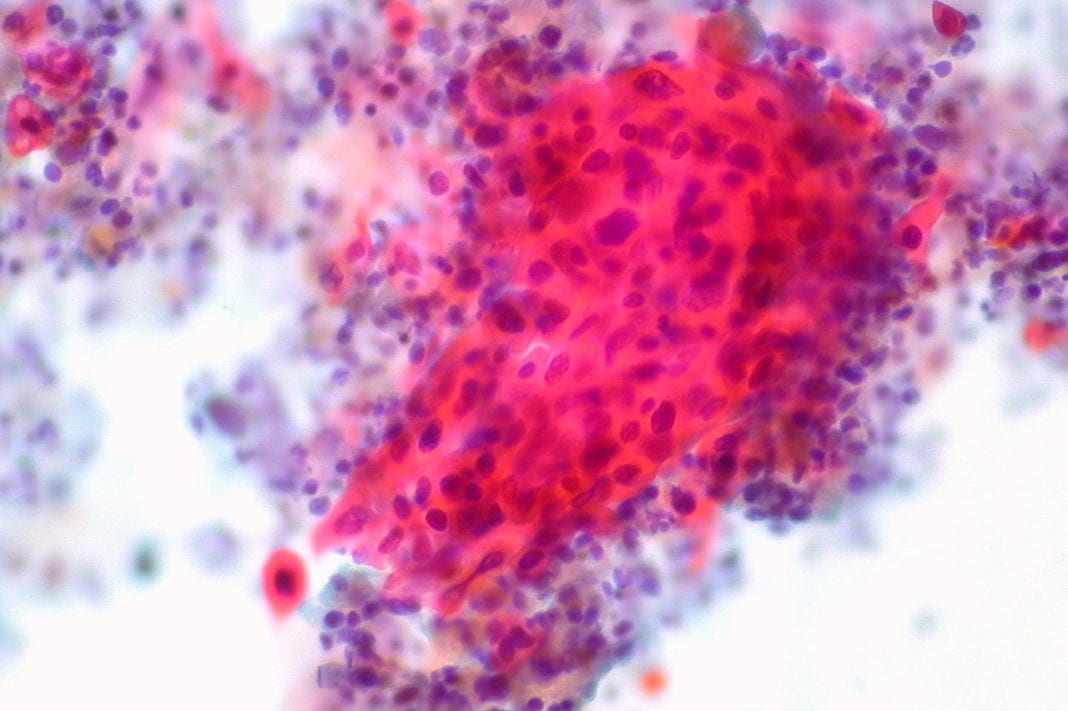 Life sciences startups need a whole lot more cash than most and thats certainly true for GRAIL, a cancer detection startup trying to figure out a way to find the emperor of all maladies much earlier through blood testing technology. The startup, which spun out of genomics company Illumina announced it has closed a whopping $900 million in Series B funding this morning.

GRAIL previously raised $100 million to develop initial studies of its blood test technology and uses Illuminas high-intensity genome sequencing machines, clinical studies and data science to try and catch the early stages of cancer before it grabs hold in the body. But while liquid biopsies to detect cancer arent anything new and GRAIL will have to compete with several other contenders both large and small, the technology to take a blood sample and detect the early, free-floating cancer DNA floating in your bloodstream is revolutionary in the industry and only made possible through new DNA sequencing machinery.

The startup intends to raise a total of at least $1 billion and possibly up to $1.8 billion when all is said and done for its Series B round to continue its progress toward proving out its early-detection system and said today it is working with Goldman Sachs to seal the deal on a second close.

The initial investment in this round comes from several strategic investors, including Arch Venture Partners, which took the lead, and Johnson and Johnsons innovation arm, the proceeds of which will be used to continue validation of its testing, including the large-scale Circulating Cell-free Genome Atlas (CCGA) study.

Parent company Illumina has said previously it plans to give GRAIL more independence with this new financing, eventually owningless than 20 percent of the company, and withdrawing members from GRAILs board of directors.

This cadre of world-class investors is a testament to their shared belief in our goal to reduce global cancer mortality through early detection, GRAIL executive Ken Drazan said.