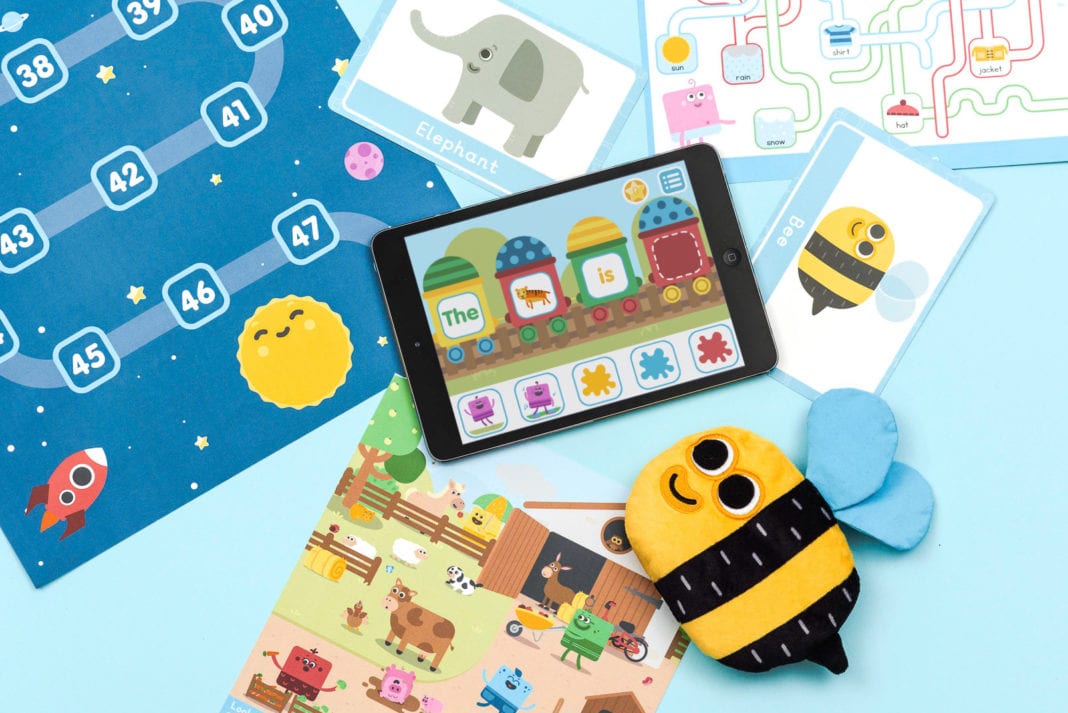 Lingumi, the London and Cardiff-based edtech startup that teaches English to kids aged between 2 and 6 using an app and a range of physical products, has picked up £1.2 million in seed funding.

Leading the round is ADV, with participation from existing backers LocalGlobe, and company builder Entrepreneur First (Lingumi was part of EF’s 5th cohort, which is turning out to be quite a vintage year). A number of unnamed angel investors also took part in the round.

Founded by CEO Toby Mather and CTO Adit Trivedi after they paired up at EF in late 2015, Lingumi has built a language learning platform for pre-school kids, initially targeting the teaching of English. Described as “digital-first,” it consists of an app designed around a curriculum of daily lessons, which can then be augmented with Lingumi’s physical products, such as ‘Play Cubes’ and ‘Jumbo Word Cards’.

In a call with Mather he told me that the Lingumi product that exists today is very different to the one he and Trivedi originally pitched at EF Demo Day back in early 2016, even if the mission remains the same: to increase access to learning a second language, based on a belief that a child’s earliest years present a “magic window” to do so.

Initially, the pair had developed a concept for a connected toy that controlled a learning app but pivoted to a subscription model after families kept hitting the end of the startup’s curriculum and requested more. In July last year, Lingumi ditched the connected toy entirely and switched to a “pure digital subscription,” up selling its now much simpler physical products separately.

“We’re increasingly aware of the exceptional ability of infants to learn a second language from very early in childhood, but access to English is typically restricted to the super rich, or to children aged 7 or older, as they begin to attend school,” says Mather. “Even there, they are taught badly and infrequently. We’re building an English learning methodology that is low-cost, can be used in the earliest years, and is effective, even if the parents themselves don’t speak English”.

The Lingumi platform works best when parents or caregivers participate, too. The app delivers a single lesson per day of around 20 minutes and purposefully limits screen time, hence the range of supplementary non-digital prodicts. “Children receive everything in English, through a playful learning programme built for pre-schoolers, but we encourage and train parents in their native language to play and learn with their children,” explains the Lingumi CEO.

“Multiple studies have shown the impact of this style of co-learning on outcomes. The learning method is also unique: unlike most curriculums, which focus around ‘edutainment’ or reading and writing skills, or teach older children via live video, ours is focused on constructive, natural spoken English in the earliest years. As we develop the curriculum, we’re continually leveraging our data on each child to improve the experience and learning trajectory for them”.

To date, Lingumi claims 10,000 users and Mather says typical customers are families with one or two working parents, “usually middle or working-class, aspirational families who understand both the fun, and the educational benefit of beginning a second language with their child”. It has customers in over 40 countries, but is mainly focussed on Western Europe, Taiwan, and, increasingly, China.

In fact, Mather says China is a potentially huge market and is in part seeing the startup pilot a version of Lingumi for kindergartens that want to begin teaching English, leveraging the company’s existing learning method and content.

To that end, the company plans to use the new seed funding to further develop its “digital and physical product ecosystem,” and scale the learning platform into new markets.

The Very Human Problem Blocking the Path to Self-Driving Cars

Everything I Learned After Getting Fired From My Dream Job