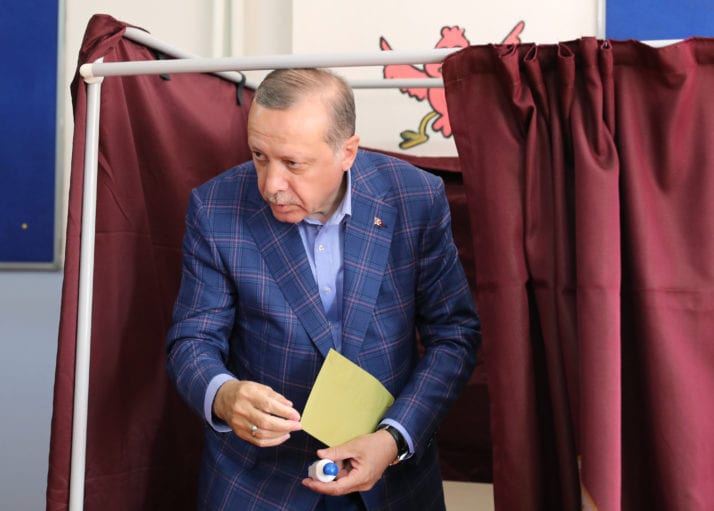 In 2008 I had the privilege to travel to Istanbul to check out the tech scene. Id arranged a tech startups meet-up with Arda Kutsal, a local blogger whod started Webrazzi, a tech blog. I landed at the airport and caught a taxi to the hotel wed agreed to meet at, thinking the meet-up would be in the bar. No sir, said the lady on reception, your event is in the ballroom. So, I trundled by carry-on luggage down the hall until I opened a huge door, only to find around 800 people listening to speeches. From the stage, Arda pointed to me said Welcome Mike! into the microphone, whereupon the whole ballroom swung around to see me standing there with my luggage.

Now, Im telling you this story not merely to reminisce, but to illustrate how hungry the tech scene in Turkey was to develop. And develop it did. l

In the intervening years Webrazzi has grown to become, effectively the TechCrunch of Turkey, operating its own conferences, while others have sprung up. Turkish startups like Trendyol appeared, started by Demet Mutlo, one of the many taking advantage of Turkeys booming economy. With a population of 80 million, most of them under 30, Turkey looked like it had a bright future. Even as the dark clouds of political unrest started to appear a few years ago, those seemed like a side-show to the wider boom that was taking place.

But when riot police started brutally evicting protesters from the last central city park not to be taken over by yet another shopping mall linked to the ruling elite, the overall signs were not good.

And so, to the present. President Erdogan has declared victory in Turkeys historic referendum on a new constitution that will turn the country from a parliamentary democracy into a presidential one. But unlike in the US, the president will be handed sweeping powers, with few checks and balances. Turkey, it seems, is suddenly going backwards.

Just as with Brexit, the referendum has divided the country right down the middle. And in sophisticated, urbanite Istanbul, the people there dismissed what they saw as a grab for power by the President.

Barring an unforeseen and unlikely challenge, Erdogan will now be in power until 2029 longer than Kemal Ataturk, the nations founder. Since last years coup attempt, he has cast his opponents as terrorists, jailed opposition leaders and journalists, dominated the airwaves and shut down almost all opposition media.

He will now have to win an election in 2019 to acquire these new executive powers, so everything is at stake for him, and Turkey isnt about to get any calmer. As David L. Phillips, of the Institute for the Study of Human Rights at Columbia University, says: Turkeys western orientation is finished.

So where does this leave Turkeys tech startup industry?

The major concerns are two-fold: what will venture capital do and will the talent stay?

A significant global investor told me off the record that he thinks this will play out as a Russia story. The referendum result, he says, adds a significant risk factor for foreign capital going into the country, when there will be uncertainty around property rights and exit opportunities. Russia has had its entrepreneurial successes, but there was always a massive political overhang. That scenario is now far more likely in Turkey.

Depending on what companies are concerned, you might of course be able to minimise exposure to the political environment. Some might even benefit from the situation, as Yandex did in Russia, which effectively played ball with the Putin-controlled Kremlin.

So far, investors are playing it cool.

Cem Sertoglu of Early Bird Capital commented to me: Interest from non-committed VCs has been very low recently, so I cant imagine this getting worse. Local Turkish startups continue to grow with the massive market opportunity. I dont think the referendum will play a big part. Talent wars are global these days, and those at the high-end have global demand.

Oddly enough the referendum may make Turkish startups think more globally. Those that want to will start finding ways of finding an exit route through moving their HQ to the EU or US and keeping their engineering base in the country.

And Turkish entrepreneurs and investors are used to instability and political uncertainty.

Journalist, author and Turkey expert Elmira Bayrasli says: If there is any hope left in Turkey, it is among the entrepreneurs and startups. The good news is that Turkish entrepreneurs are used to this. The challenge is the unpredictability of the government. It has to focus on the economy now but I fear it wont. Its a rough, rough road ahead. But startups will continue In the short term capital wont go in. If the political situation manages to stabilize and the state of emergency is lifted, investors might come back, but with weariness.

My old friend Arda Kutsal says: As long as there are good startups, VCs will keep an eye on Turkey. Last week iyzico, a Turkish fintech startup closed $15M funding from foreign investors. I believe investors dont care about politics as long as there is a good business potential. The good thing is, the referendum is now over. There is no uncertainty anymore. So, I guess as everyday business gets back to normal in Turkey, foreign investors interest will increase in the short term.

Demet Mutlu, foundef of Trendyol says: Turkey is still a massive market opportunity, with 50% of the population under 30. Good startups will continue to do well, and scale, weak ones might have more challenge for funding.

But, given Erdogan will now effectively fight another campaign for the election to come in the next 2 years, it hardly seems like the atmosphere is going to become less shrill.

The bigger risk to Turkeys tech future is from the flight of talent. The problems come when the engineers and entrepreneurs themselves want to leave.

Reliable sources attest to this already happening and the pace is likely to quicken, at least for those 48% of the population that dont support Erdogan, so divided has the country become.

Turkish entrepreneur Honor Gunday tells me: You should see the number of applicants to our European offices from Turkish candidates. The most snobbish, qualified high wage earning candidates are now looking for an escape. It is sad.

Corporates have also left. Hipster hotel chain Mama Shelter has already shut down their brand new hotel; Citibank exited two years ago and HSBC stopped half of its business. Paypal and Skrill had to leave due to new regulation. Booking.com was banned last week.

Turkey can of course try to fall back on is its momentum as a nexus between Europe and the East, as it always has throughout history. But despite a stable Lire, the macro economic outlook does not look great. Tourism makes up 14% of the Turkish economy and its already plummet by 8% this year. Turkish Airlines is not doing well, Turkish construction companies are banned in Russia. The list goes on.

The world of tech is likely to find Turkey blowing hot and cold. Erdogan will probably get around to cutting off Twitter and YouTube as he has done sporadically already. And he will find it much easier to do now.

Burak Buyukdemir, cofounder of founder Startups Istanbul, says: There are good and bad scenarios. Good one is we will grow like South Korea did in 1960s the other bad scenario is we will stuck with inner politics & next elections which will trigger more brain drain. Capitalist economy always looks for the opportunities. Risk versus returns. Turkey will be always a great market for investing. Our risk premium may increase but still be attractive country to invest.

The country could of course promote startup culture to try to attract inward investment. But does Erdogan remind you of a tech-friendly Obama?