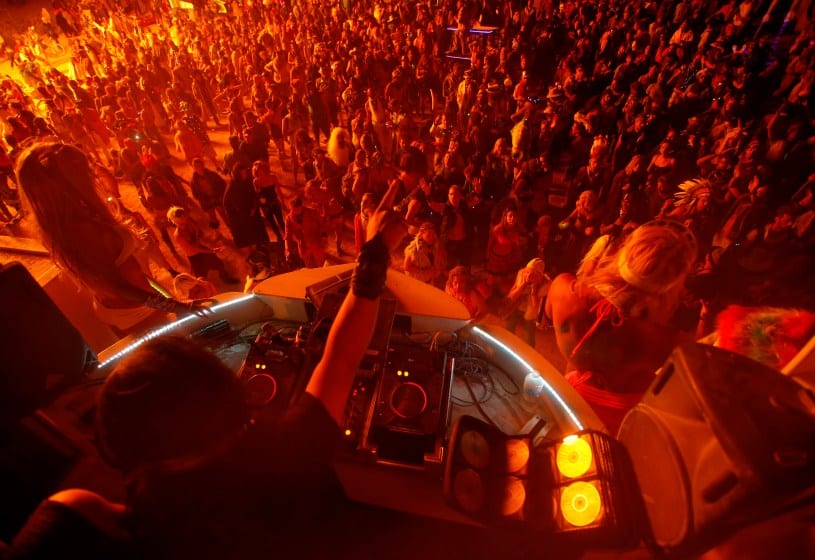 Eventbrite, the billion-dollar event-management platform that some tip for an imminent IPO, has made another acquisition in Europe to build out its presence here, and to move deeper into ticketing services. It has acquired Ticketscript, a startup based out of Amsterdamthat offers a popular platform for event organisers to set up and sell tickets online for live events like music festivalsand EDM (electronic dance music) raves.

Terms of the deal have not been disclosed, but we understand there is a large equity portion and that itwas a strong return for investors and the startup. (That in itself is a notable detail thatcould point to the investors awarethat there will be a liquidity event, such asa public listing, sooner rather than later.)

Ticketscript, Eventbrite said, has sold tickets to more than 100,000 events in Europe, includingAmnesia Ibiza and LoveFamily Park in Germany and the Amsterdam Dance Festival.

Indeed, this deal will catapult Eventbrite which already processed150 million tickets for more than 600,000 event organisers in 180 countries last year into working a lot more withlarger artistic events, specifically in the area of music, in Europe.

This acquisition supercharges Eventbrites footprint in Europe and brings ten additional years of traction in the music space and experience in European markets to our business, said Julia Hartz, CEO and co-founder of Eventbrite. It perfectly aligns with our strategic vision to become the worlds leading marketplace for live experiences, and adds significant assets and technical power to our platform. We are looking forward to this new partnership combining the best solutions from both companies, and bringing them to our customers around the world.

Ticketscript which had raised just under $12 million from a single investor, FPE Capital LLP was started in2006 (like Eventbrite itself) by Frans Jonker (the CEO) and Ruben Meiland. The pair created the company after complaining that there needed to be a better way for selling tickets to EDM events in their native Amsterdam. (Meiland had also founded Beatfreax, an EDM website where a lot of fans would go to see where their favorite DJs were playing.)

EDM may have had its startas a particular genre of music played at improvisedraves and some nightclubs, but it has since become a huge business, possibly event overtaking even gambling in Las Vegas in terms of revenues, by some estimates.

WhileEDM was largely growingoutside of the mainstream world of event organization which is dominated by large multinationals and companies like Ticketmaster Jonker and Meiland saw a gap in the market, where no one seemed to own the platform for creating and selling tickets to these events.

There was still one part of the experience where promoters didnt have any choice: how to sell tickets, Jonker said. We believe its essential for organisers to be in control of their ticket sales, and we wanted to put them in the drivers seat. The growth of the wider EDM market, in turn, led to the growth of Ticketscript. Jonker becomes Eventbrites GM with the acquisition.

While services like Ticketmaster are largely focused around taking users to their own site to buy tickets, one unique aspect of Ticketscript is that it lets third partiesembed the ticket sales on their own sites and thus keep a better grip on the customer relationship.

It allows event planners to sell off their own sites rather than give the traffic to anyone else, said Henry Sallitt, managing partner with FPE Capital, said. When you get taken away you might decide you want to do something else, instead of dancing go to the theatre, for example.

It is not clear if Eventbrite will keep Ticketscripts existing business in place, or if it will have plans to migrate the startups customers to its own platform and website to find and seal deals. But in any case Eventbrite, and Ticketmaster, are following bigger trends in the market and letting users do more buying wherever they happen to be, for example on Facebook.

More generally, it sounds like the idea here will be bringing much more scale to Eventbrites platform to ticket and process ticket sales by bolting onTicketscripts existing audience making the combined company one of the biggest in Europe. For Ticketscript, the company will have more firepower to develop its platform and sell other services alongside ticketing.

Joining Eventbrite will help us innovate faster than ever before, and empower customers with more control and independence. Its everything we started ticketscript to doand now we can accelerate it, Jonker said.

Eventbrite has made at least fourother acquisitions, with one ofthem in Europe: event data company Lanyrd in London.

The top unicorns are overvalued