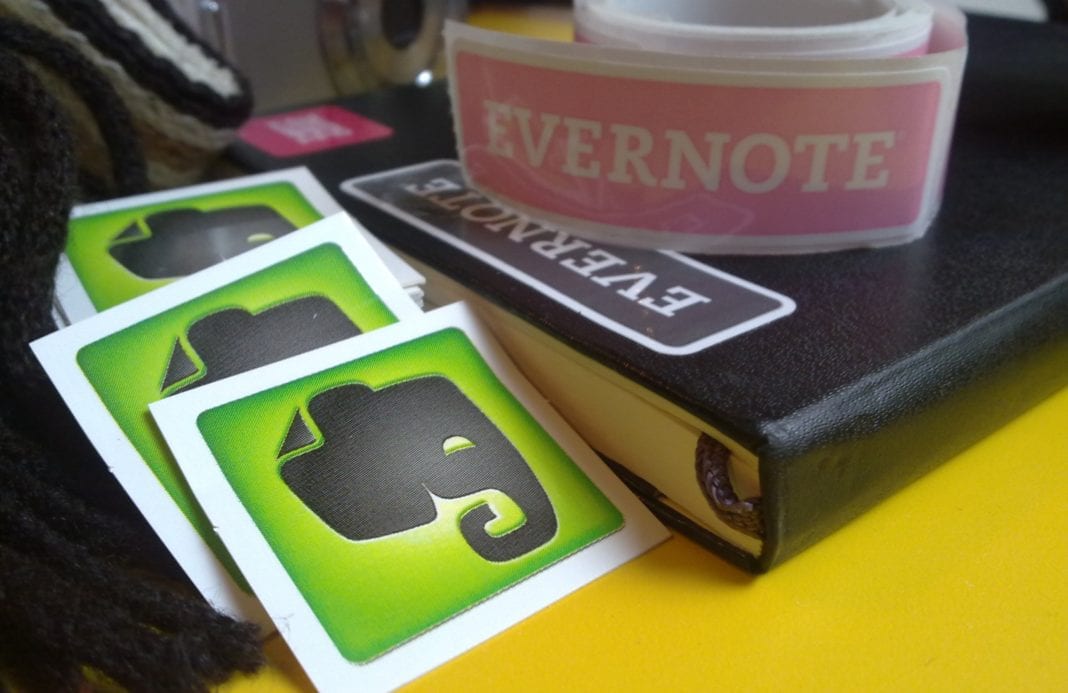 It’s no secret that Evernote, the productivity app that lets people take notes and organize other files from their working and non-work life, has been trying to regain its former footing as one of the most popular apps in the U.S., and that doing so has been an ongoing struggle.

Just two weeks ago, we reported that Evernote had lost several of its most senior executives, including its CTO Anirban Kundu, CFO Vincent Toolan, CPO Erik Wrobel and head of HR Michelle Wagner.

Now, Chris O’Neill — who took over as CEO of Evernote in 2015 after running the business operations at the Google X research unit — is sharing more demoralizing news with employees. To wit, he’s firing dozens of them. At an an all-hands meeting earlier today, he told gathered staffers that Evernote has no choice but to lay off 54 people —  roughly 15 percent of the company’s workforce — and to focus its efforts instead around specific functions, including product development and engineering.

We’ve reached out to the company for more information about what the move means for Evernote. [Update below.]

In the meantime, this newest development certainly doesn’t look encouraging. In fact, a person who tipped TechCrunch off to the executive departures two weeks ago characterized Evernote as “in a death spiral,” saying that user growth and active users have been flat for the last six years and that the company’s enterprise product offering hasn’t caught on.

It’s worth noting that in addition to shoring up its ranks, Evernote may soon be facing a funding shortage, if these layoffs were’t prompted by one. The company has raised nearly $300 million over the years, including from Sequoia Capital, New Enterprise Associates, and T. Rowe Price, but the last round it raised, according to Pitchbook, was a $6 million mezzanine round that closed in 2013.

You can learn more about what happened today via a note that O’Neill just sent to staffers.

For those of you who missed our All Hands today, I have some difficult news to share.

As part of an ongoing evaluation of our business, we’ve decided to make a tough, but necessary decision to set Evernote up for future success. We’ll be saying goodbye to 54 talented and dedicated people, each of whom has contributed to Evernote’s mission. This was an extremely difficult decision and one that we did not take lightly.

As you’ve heard me say during the past few months, I set incredibly aggressive goals for the year. We’ve grown significantly this year, but at the same time we invested too far ahead of that growth.

We must adjust quickly when part of our strategy is not meeting our expectations. Going forward, we’re streamlining certain functions and will continue to make investments to speed up and scale others, like product development and engineering.

I understand that today’s news may cause concern. We need to remember our amazing community of people who rely on our products and believe in our mission. Together, we have built a product that serves over 225 million people around the world who trust us with more than 9 billion notes containing their most important thoughts, ideas, and inspirations.

As I discussed in All-Hands, Evernote grew over 20% in the first half this year and we are in a stable financial position. Our Q3 revenue numbers remain strong and we expect to end the quarter north of $27 million. We have over $30 million in cash on our balance sheet and will exit 2018 generating more cash than we spend.

Though today is hard, this is the right decision for the business and the best way for us to invest in our future. For those friends and colleagues impacted today, we’ll be providing severance and other benefits to support them in their transition. We’ll have a series of AMAs to answer your questions that were not addressed today. As always, feel free to contact me with your questions. Tomorrow, I will publicly address our customers, partners and community on our blog.

Update: We’ve just been in touch with Evernote. It pointed us to a newly posted piece by O’Neill in which he outlines the company’s strategy going forward, which includes to “operate with a more focused leadership team,” to “operate more efficiently,” and to “double down on product development —  both quality and velocity.”

As for its funding situation, an Evernote representative insists that things are far from dire. The company is not fundraising, says this person; further, we’re told Evernote has $30 million on its balance sheet and will exit the year without burning cash.

A look inside the Skopje startup scene