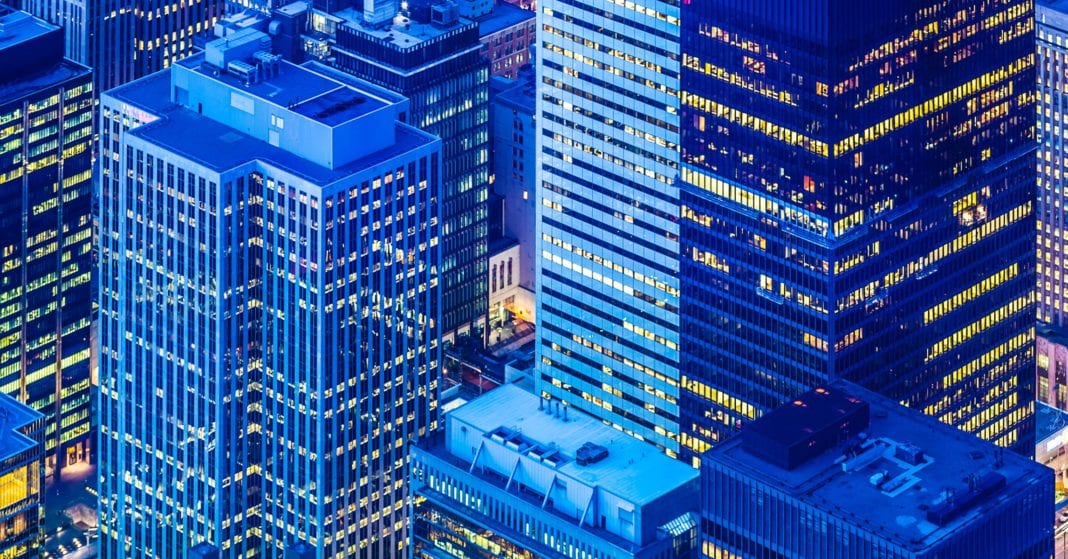 Sure, the country’s burgeoning tech enclaves in Utah and Kentucky and Oregon draw inspiration from the original. And sure, they’d love to have even a tiny fraction of the wealth, power, and jobs provided by a massively successful tech company. And sure, the only proven way to do that is to follow the Silicon Valley recipe of accumulating engineering talent, venture investors, incubators, and mentors. And sure, for the last decade, many cities around the country have tried to import the valley’s spirit, work ethic, and culture. Plenty have copied the Valley’s penchant for hype, too. “Could Toledo, Ohio, be the next Silicon Valley?” the PR blasts wonder. “How about Jacksonville, Florida? Care to take a media junket to tour the St. Louis tech scene?”

But leaders from these communities bristle at the idea that they’re emulating Silicon Valley. (Plenty of Los Angeles techies, for example, hate the name “Silicon Beach” because of the comparisons it invites.) They’re doing their own thing, which just happens to mirror a lot of the things that worked in Silicon Valley.

That message hasn’t really changed in the last year, even as Silicon Valley suffers from charges of unethical business practices, sexual harassment, racial and gender discrimination, addictive products, and a toxic culture of greed and hypergrowth. As the tech backlash builds, the leaders of smaller tech scenes elsewhere remain eager to foster the good aspects of Silicon Valley—jobs and innovation—while avoiding any association with the bad. Everyone is aware of the pitfalls, but the promise of job growth and progress that comes with a booming tech industry is too appealing to abandon. It creates a delicate dance, where a model with many ugly flaws still holds a lot of appeal.

Of course, it’s not that delicate in many cases, because these aspiring tech hubs are so far from the scale of Silicon Valley. Worrying about the evils of startup unicorns requires actually having startup unicorns. There’s little need to warn against a toxic “move fast and break things culture” in places where leaders say they and their peers value more community-centric, slow-growth strategies.

Phoenix, for example, isn’t known for its ambitious business culture, according to Greg Head, a local serial entrepreneur. He sees no risk of Phoenix becoming as big and powerful as Silicon Valley. “We’re slowly and organically discovering our own brand of startup and tech ecosystem, which is more about small businesses and less about funding and unicorns and so forth. We have a slower growth, more sustainable model.” Still, he aims to inspire more entrepreneurs to think bigger. “We’ve got to get Phoenix moving into the fast-moving, global tech economy, and we’re a phase away from that.”

Likewise Columbus, Ohio. Chris Olsen spent years as a Silicon Valley venture investor at prestigious firms including Sequoia Capital before moving to Columbus and launching Drive Capital to back Midwestern startups in 2012. He says he’s seen little change in sentiment in the Columbus tech community in the last year. If anything, he says, techies from Silicon Valley now seem more interested in moving elsewhere and Sand Hill Road investors seem more interested in backing companies outside of the Bay Area. “Silicon Valley is far from a perfect ecosystem,” he says. “It’s the land of opportunity for the 1% and it’s great if you’re the 1%, but if you’re everyone else it’s a really tough place to live.”

Mayors and governors who once approached economic development as no more than providing tax incentives to lure a factory or Fortune-500 headquarters are increasingly interested in fostering entrepreneurship, says Satya Rhodes-Conway, a managing director at city network Mayors Innovation Project. “The conversation has changed around cities and the smart mayors are listening to that,” she says. But she cautions cities that are focusing on fostering innovation for innovation’s sake. “Just saying, ‘I want that shiny tech economy’ in the absence of some other reason … that’s not smart economic development,” she says. “Is it actually useful to be thinking about tech startups everywhere, or is it a better idea to be focusing on assets that already exist in a place and building on those?”

Ian Hathaway, research director at the Center for American Entrepreneurship, says entrepreneurs and their backers are “too busy building their own startup communities to care about what's happening thousands of miles away.” They likely see the reported excesses in the valley as an opportunity to promote their own ecosystems, he notes.

Indeed, in October a New York City-based techie purchased a billboard along US 101 in Silicon Valley urging frustrated entrepreneurs to relocate. “I don’t want New York to be associated with Silicon Valley and the culture of Silicon Valley,” Andrew Rasiej, the sign’s buyer, told WIRED at the time. “I want to make sure people know there is a very clear distinction between the way New York’s tech community thrives, acts, and thinks of itself.”

Toronto touts its inclusiveness and diversity, in direct opposition to the Valley’s dismal diversity numbers and many instances of harassment and discrimination. “We actually don’t want to be like them,” says Karen Greve Young, VP of Partnerships at MaRS, a local innovation hub. “We know we have a different model and we’re excited about that.” Greve Young says an approach that incorporates social good is more appealing to those considering joining the tech industry. “We’re seeing the talent is rejecting models that feel either not inclusive or that feel more cutthroat than people want,” she says. “They don’t just want to make money and move fast and break things, they actually want to do good.” Of the 1,200 Toronto startups MaRS supports, 70 percent say they have a social purpose. More than half of the startups have immigrant founders and one-third have female founders. (That’s nearly twice the global rate of female founders, according to a Crunchbase study.)

There’s a growing belief among some that shifting the tech industry’s center of gravity would solve some of the problems created by Silicon Valley tech companies. Olsen, of Columbus’s Drive Capital, notes that the Midwestern companies his firm is backing have a greater sense of obligation to the communities they operate in, rather than attempting to ruthlessly disrupt every incumbent business in town. “They’re not just trying to compete to steal all the resources here,” he says.

There are business benefits from a fresh mindset, too. Rather than take Silicon Valley approach of raising money, hiring engineers, and disrupting incumbent businesses, Crosschx, a Drive Capital portfolio company offering business automation services, found a use case for its technology after its engineers embedded themselves with their end users, hospital registrars. The crucial feedback did not come from the product team, surveys, or feedback buttons—methods a Silicon Valley startup might more commonly use, Olsen says.

Still, Olsen can’t help but speak the language of Sand Hill Road. “I think we’re disrupting Silicon Valley,” he says. “We’re investing in things no one else is willing to invest in. We’re saying, ‘Let’s not just pay the highest price of what everyone else wants to invest in.’ Is that really taking a risk?”

Others are beginning to follow his footsteps in the belief that the next wave of innovation will come from the middle of the country. Prototype Capital recently raised a small fund to invest in startups around the country. “Our thesis is the student out of UC Davis might be building a better ad tech company than a Silicon Valley entrepreneur, but VC’s are so focused on looking at Silicon Valley and Ivy League universities that they’re not looking everywhere else,” says co-founder Rajat Bhageria.

The most prominent booster of not-in-Silicon-Valley startups is Steve Case, the former CEO of AOL. He recently launched a venture fund alongside “Hillbilly Elegy” author J.D. Vance to invest outside the country’s largest tech hubs of San Francisco, New York and Boston. Following a series of national bus tours that featured pitch contests and meetings with local policy and business leaders, Case is treating the shift as a revolution (which is also the name of his venture firm). He has trademarked the phrase “Rise of the Rest,” which he frequently works into conversations on the topic.

By Case’s telling, the only reason we got into this venture-fueled, hypergrowth-obsessed, Silicon Valley-centric, toxic bro culture is because of the nature of the latest wave of tech innovation. It was dominated by Facebook, Google, Uber, and others—all software companies that benefit from network effects, where a service is more valuable because other people use it. These companies had to raise giant sums of venture capital and grow faster than their competitors because they operate in “winner-take-most” categories that benefit from network effects, he says.

He notes that many early internet-related companies weren’t based in Silicon Valley: AOL was in Washington, DC; Dell in Austin, Texas; CompuServe in Columbus; Sprint in Kansas City; and Gateway in South Dakota. Case believes the next wave of successful tech companies will “regionalize” again, and look nothing like Facebook, Google or Uber. Tech is poised to invade sectors like health care, agriculture, and manufacturing, where growth is slower and domain expertise is imperative. That gives startups with proximity to the country’s best hospitals, biggest farms, or oldest factories an advantage. “People have to take a longer-term mindset, which is more of a ‘Rise of the Rest’ mindset," Case says. “People in the middle of the country have that longer-term thinking.”

Women Engineers On the Rampant Sexism of Silicon Valley

Five female engineers discuss the sexism of the tech industry and why greater diversity and inclusion makes better products for everyone.

Teenagers save 194 lives after spotting fire on plane flying overhead