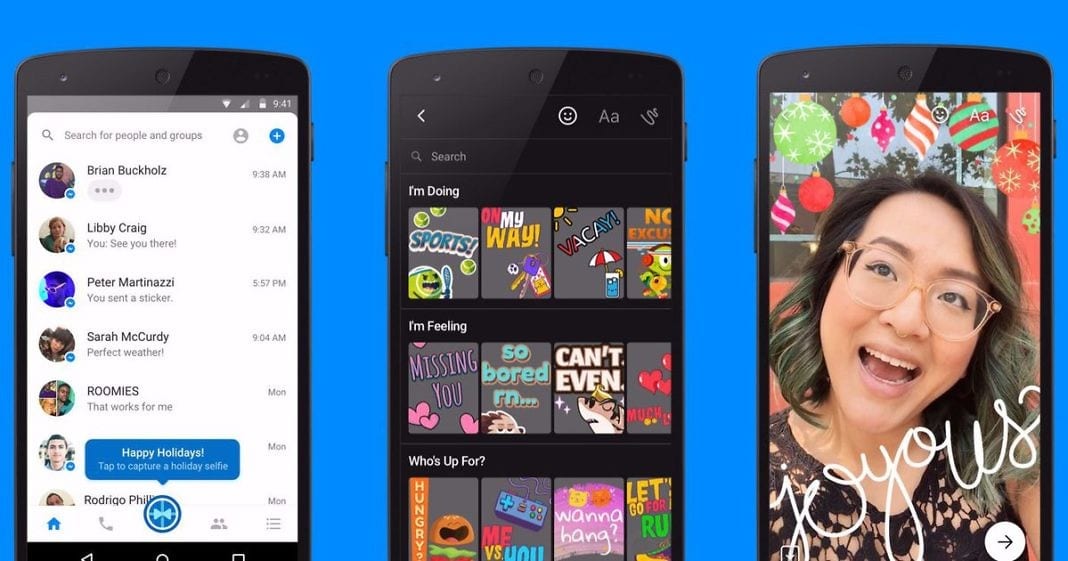 You can now add Messenger to the growing list of Facebook-owned services to add a camera feature that looks a lot like Snapchat.

Called “Messenger Camera,” the new tool allows users to exchange photos with text, doodles, stickers, illustrated frames and animated effects. The feature is beginning to roll out to Messenger’s iOS and Android apps now and will be available globally, Facebook says.

SEE ALSO: Everyone hates Facebook’s ‘Year in Review,’ not just you

Similar to the in-app camera Facebook is testing in Ireland, Messenger Camera is meant “to make it faster, simpler, and more fun to send photos and videos,” according to Facebook’s description. One key difference between Snapchat and other camera features Facebook has piloted, though: Photos exchanged via Messenger Camera do not disappear after they are sent.

Still, there are more than a few similarities. In addition to the standard text, doodles, stickers and emoji you can add to your photos, Messenger Camera includes the animated “masks” (Facebook’s version of Snapchat’s selfie lenses) taken from Facebook-owned MSQRD.

It even ships with user-created illustrated frames that bear more than a passing resemblance to Snapchat’s geofilters.

Once it’s live, Messenger Camera will get prominent placement on the app’s home screen, and it will also appear in the existing camera feature inside message threads. Look for the prominent shutter button to start adding new flavor to your snaps… er, photos.

How an Army of Twitter Bots Almost Created a Political Pundit

Fight to Save Open-Internet Rules Faces Long Odds in Courtrooms

Education technology is a global opportunity