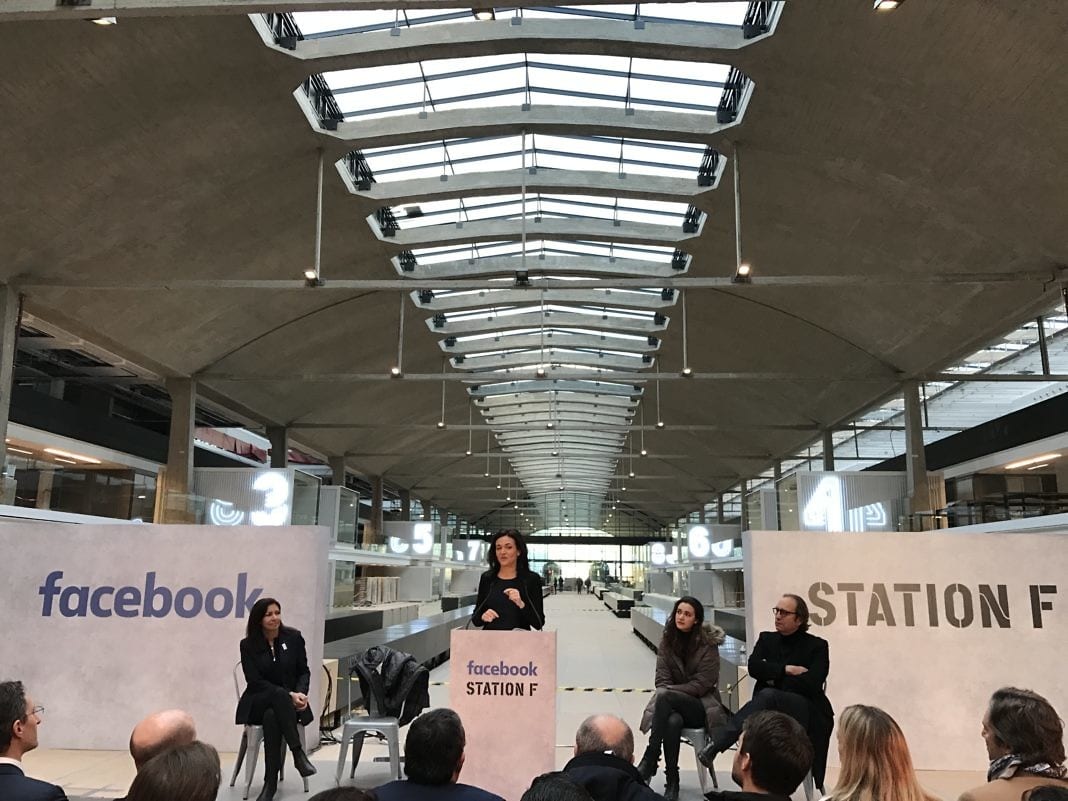 Station F is better known as the worlds biggest startup campus. Based in Paris, the huge historical monument is going to have 3,000 desks for tech companies of all kinds. This morning, Facebook COO Sheryl Sandberg came to Paris to announce that Facebook is going to be one of Station Fs launch partners. Here are all the details.

We talked a lot with this ecosystem and a lot of companies decided to help us, French billionaire Xavier Niel said. Facebook was the first that wanted to be part of this good idea.

Niel founded telecom company Free and has a bunch of startup-related projects as well, such as Kima Ventures, an early stage investment company, and the free coding school 42. Hes financing Station F with his own money, with Roxanne Varza leading the project.

Were thrilled to be a founding partner and start the Facebook Startup Garage here, Sandberg said. My guess is that were going to learn even more from working with you than you working with us.

Starting in April, Facebook will have 80 desks on a mezzanine near the entrance. The Facebook logo is already there, waiting for the buildings grand opening.

Every six months, Facebook will work with 10 to 15 startups and help them as much as they can. There will be Facebook engineers and weekly workshops so that young startups can learn from Facebook. And Im sure Facebook will spot potential acquisitions quite early with this program.

Some of the first startups are Chekk, Mapstr, The Fabulous, Onecub and Karos. With 32 million monthly active users on Facebook in France, Facebook could attract quite a few startups.

This project is unrelated to Station F. Thirtystudents will meet with Facebook every week to make the world a better place (or thats how I think about it).

Proof of our dynamism is our international ranking, said Paris Mayor Anne Hidalgo, who was also attending the launch. The city of Paris has become Londons main challenger when it comes to investments in startups. Its clear that Brexit has made Paris even more attractive than it used to be.

Facebook is just one of the many partners that are going to work with Station F. Varza unveiled some of the launch partners at TechCrunch Disrupt London in December. TechShop will open their first shop outside of the U.S. if you want to learn woodworking or CNC machines. Vente-prive will open a startup program and the incubator of HEC Paris will move there. French VC firms, such as Daphni, Ventech and Kima Ventures are going to have an office there.

And anyone will be able to rent some office space for 195/desk/month in the huge 366,000ft (34,000m) building. Station F is shaping up nicely and while Facebooks commitment isnt exactly groundbreaking, catching the attention of such leading tech companies is a good sign.