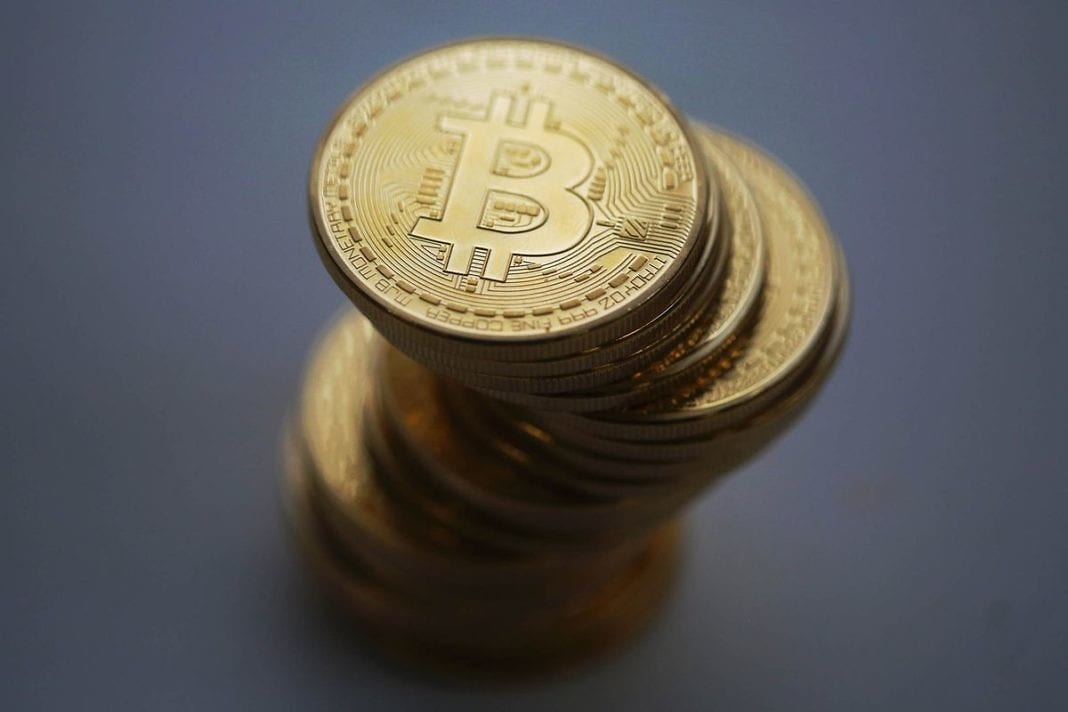 The digital currency’s more than 100 percent surge in the past two months looks eerily familiar, argue the bears, pointing to November 2013, when the price quintupled in short order to top $1,000 for the first time. By Valentine’s Day it was worth around half that, and spent the better part of the next two years languishing below $500.

Then it absolutely exploded — jumping more than $1,400 in two months. At its height last week, one bitcoin could buy about two ounces of gold. Its champions touted the arrival of blockchain into the mainstream, the coin’s underlying technology which they say can lift the poor out of poverty and make transactions more secure, inexpensive and efficient.

But signs of a top have emerged, detractors warn. On May 25, bitcoin surged more than $300 to a record only to turn tail and close little changed. The $600 round trip was the biggest daily swing in its history. It then slumped 8 percent the next day. Bitcoin was down 1.5 percent to $2,255.50 as of 12:35 p.m. in New York. For bears, that kind of volatility shows the asset’s unreliability as a store of value.

Here are some other reasons why they warn caution is warranted:

This month’s ransomware attacks serve as a reminder that bitcoin is still beloved by hackers and criminals because of its anonymity. The cryptocurrency plunged in 2014 after Tokyo-based Mt. Gox — then the largest bitcoin exchange — said it had been breached and then filed for bankruptcy. Its value sank again in August 2016 after hackers stole about $69 million from Hong Kong-based Bitfinex. The exchange has since repaid its customers.

The bitcoin community has been split for more than a year on how to upgrade its blockchain. The time and fees necessary to verify transactions have climbed to record highs, making it more difficult for businesses to use the currency as a means of payment. While bitcoin executives have said that 2017 might be the year the cryptocurrency really starts to scale, others aren’t so sure.

Last week, more than 50 companies signed a pact to speed up transactions, but ideological differences have prevented similar agreements — like the one reached last year in Hong Kong — from actually being implemented. The much-touted SegWit upgrade was also released in October, but only a third of the community has embraced it. If the latest proposal fails to gain traction and the deadlock continues, digital currency users may dump bitcoin in favor of alt-coins that offer better blockchains.

As the surge sends the cryptocurrency world into a frenzy, it can be easy to lose sight of the bigger picture. While bitcoin’s value has increased more than 100 percent since the beginning of the year, its slice of the pie has shrunk as its digital cousins steal some of the spotlight. There are an estimated 700 rivals, according to Ron Quaranta, chairman of the Wall Street Blockchain Alliance.

Bitcoin dominated about half of the overall digital currency market as of Friday, down from around 85 percent in February, according to data from CoinMarketCap.com. Meanwhile, Ethereum’s share increased to about 20 percent. Some token fans aren’t sweating it though, as they say bitcoin’s potential demise doesn’t really matter as long as another digital currency takes hold.

Not Recognized By Governments

The general public doesn’t understand bitcoin, and many regulators still don’t either, which makes it tough to regulate. In 2015, New York started issuing controversial licenses to cryptocurrency companies, but only three had been issued as of mid-January, according to Coinbase, as many startups couldn’t afford the costs of applying.

In January, the Financial Industry Regulatory Authority asked the public for help identifying the potential risks of blockchain. Two months later, bitcoin plummeted after the U.S. Securities and Exchange Commission rejected a proposal by the Winklevoss twins for a publicly traded fund based on the digital currency.

In a report last week about blockchain in China, analysts at Sanford C. Bernstein wrote that while the technology could benefit Chinese banks, it’s unlikely to start a financial revolution.

"We believe blockchain application is more likely to be evolutionary rather than revolutionary in developing countries like China," the analysts said. "Aside from the conservative regulatory attitudes toward financial innovations, the constraint of confidentiality and performance of blockchain technology would make it best positioned to be enterprise-oriented rather than consumer-end."

Whether it’s Holland’s tulip-bulb craze in the 17th century or the Internet-stock frenzy of the late 1990s, history shows that markets self correct. Speculative markets usually run out of steam at some point. Determining the trigger is always the hard part. Given the breathtaking run in bitcoin as of late, some say it’s tough to believe the oft-cited mantra that this time is different.

Exyn unveils AI to help drones fly autonomously, even indoors or off the grid