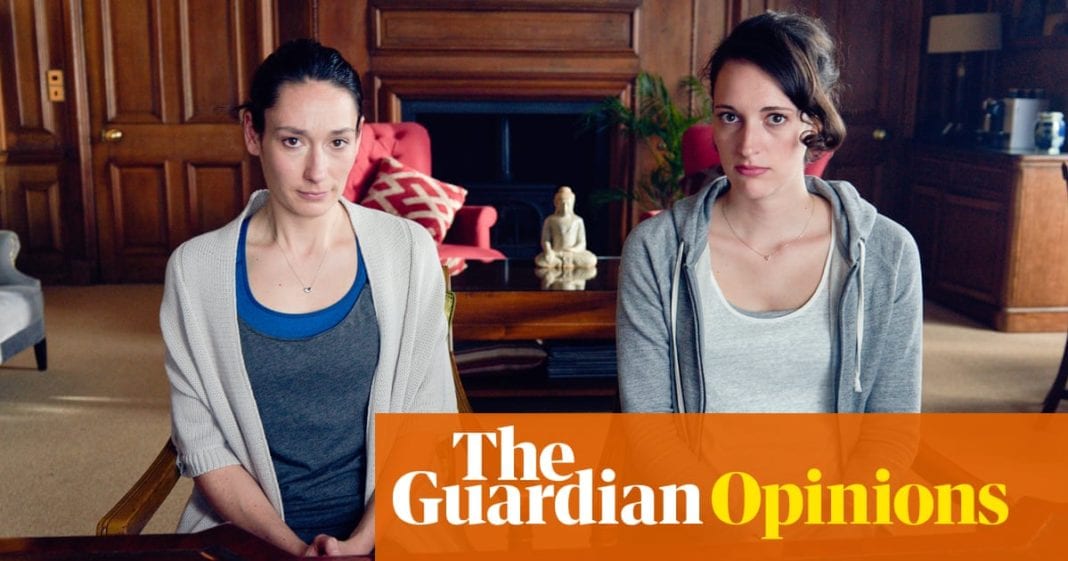 Phoebe Waller-Bridges comedy is a reminder to young women that its OK not to succeed at everything, says Guardian columnist Gaby Hinsliff 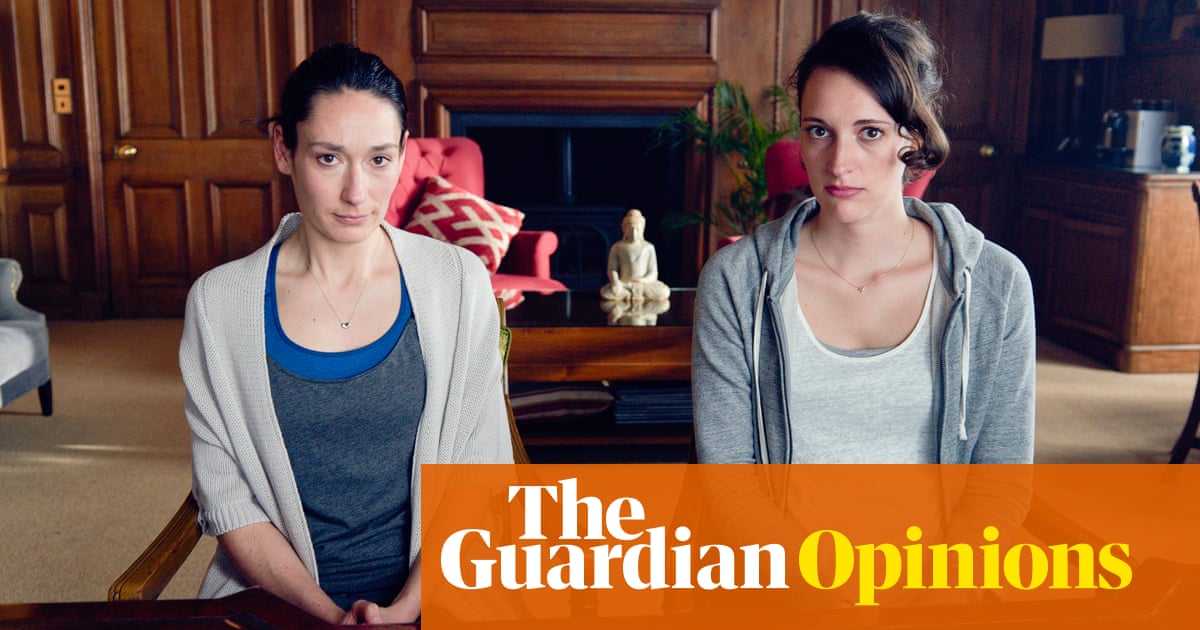 It isn’t just because of the hot priest. Although to be honest, the hot priest does have quite a lot to do with it. But the other reason almost every woman I know is gripped by the bittersweet BBC comedy Fleabag is that there’s something so exhilarating about its attitude to women getting things wrong. Its heroine leads an intensely interesting life but a faintly disappointing one, at least in the eyes of her well-to-do family: she is the classic underachieving younger sister, the screw-up, the damaged one always on the verge of doing or saying something inappropriate. Compared with older sister Claire – she of the hysterically uptight manner, creepy husband and tediously successful corporate career – she’s a mess.

Yet nobody watching this really wants to be Claire. Fleabag’s habit of needily seeking sex from all the wrong people looks significantly more fun than her sister’s miserable compromise of a marriage, and even her financially precarious cafe business beats sitting in Claire’s enormous office fretting about keeping the clients happy.

Like the author Elizabeth Day’s new book How To Fail – which tells the story of her own failed IVF procedures, miscarriage and divorce, interspersed with tales of failure from the rich and famous and reflections on whose expectations she really wants to live up to anyway – Fleabag neatly inverts the idea of the success. Phoebe Waller-Bridge, who wrote and stars in the series, once said that in drama school, where she wasn’t particularly successful, she felt under pressure to get it right when what she wanted was to be surprising. The best drama comes, she argued, from getting it wrong – but in an interesting and unexpected way.

There are worse philosophies to put in front of a generation of overly anxious young women, under constant pressure to excel at things all the time; to jump through endless hoops without even questioning who put them there in the first place.

It is obviously a huge step forward that children’s TV is now full of swashbuckling, can-do heroines for little girls and that publishers now fall over themselves to provide strong role models, churning out endless books by successful women about other successful women in history. These stories deserve to be recovered from obscurity, just as exceptional women deserve to be celebrated in wider culture.

Yet there’s something slightly exhausting about it all, for by definition not everyone is going to be exceptional. We need role models for low-fliers too, reassurance that you can still have a perfectly nice life without getting A*s for everything. And even high-fliers need to know that things don’t always go according to plan, that sometimes life gets in the way and that’s not the end of the world.

Arguably, it’s not just young women making themselves ill in pursuit of an unattainable ideal of perfection who need to be reminded of that, but sometimes their helicopter parents. This week Jane Lunnon, head of the fee-paying Wimbledon High school in London, described parents following their offspring’s university lectures via WhatsApp and Skype in order to be able to help with essays; in the US, meanwhile, a group of wealthy parents were accused of conspiring to sneak their children into elite universities with bribes and rigged test scores. What disaster does anyone think would befall kids given every other advantage in life, but who fail to get into an Ivy League college?

Failure is, perhaps, not quite the right word for what is being described here. Day isn’t talking about the cataclysmic, irrevocable mistakes that end up wrecking lives but the kind that generally have a benign ending: tales told from the vantage point of subsequent success, by people who can afford to look back on early rejections as learning experiences (which often translates as people with a financial safety net beneath them).

Just as Fleabag shows us a TV version of being damaged, in which our heroine is still always beautifully dressed and can afford to go out for cocktails, Day writes and podcasts about failure from the perspective of a bestselling author with a Sunday newspaper column who is now apparently in a happy relationship. She is upfront about the fact that this is hardly the sort of failure that ends with sleeping in shop doorways and when one newspaper headlined an extract from her book by talking about the “agony of childlessness”, she urged readers via Instagram to ignore the wording. Trying and not succeeding in getting pregnant was sad, she says, but she has learned to live with it.

And that’s perhaps the difference between the American cult of embracing failure – the idea that every successful entrepreneur has a string of bankrupt startups behind them, that success means taking risks and therefore inevitably a few crashes along the way – and this quintessentially English acceptance of disappointment as part and parcel of life.

There is a fine line between celebrating female screw-ups, and undermining female success by making it look prissy and undesirable by comparison. Beware the dangerous inference that men love women best when they’re chaotic and needy rather than happy, or the portrayal of professionally successful women as perennially brittle and miserable. But in the right hands, unashamedly reclaiming female failure can feel like a sign of growing confidence. A certain kind of well-connected man has always been able to fail upwards, to bounce miraculously back from disaster, but such second chances are still rare for women – and that makes female setbacks feel somehow especially humiliating. But Fleabag isn’t humiliated, she’s exultant: a glorious reminder to nervous overthinkers everywhere that just occasionally, it’s fine to break the rules.

• Gaby Hinsliff is a Guardian columnist