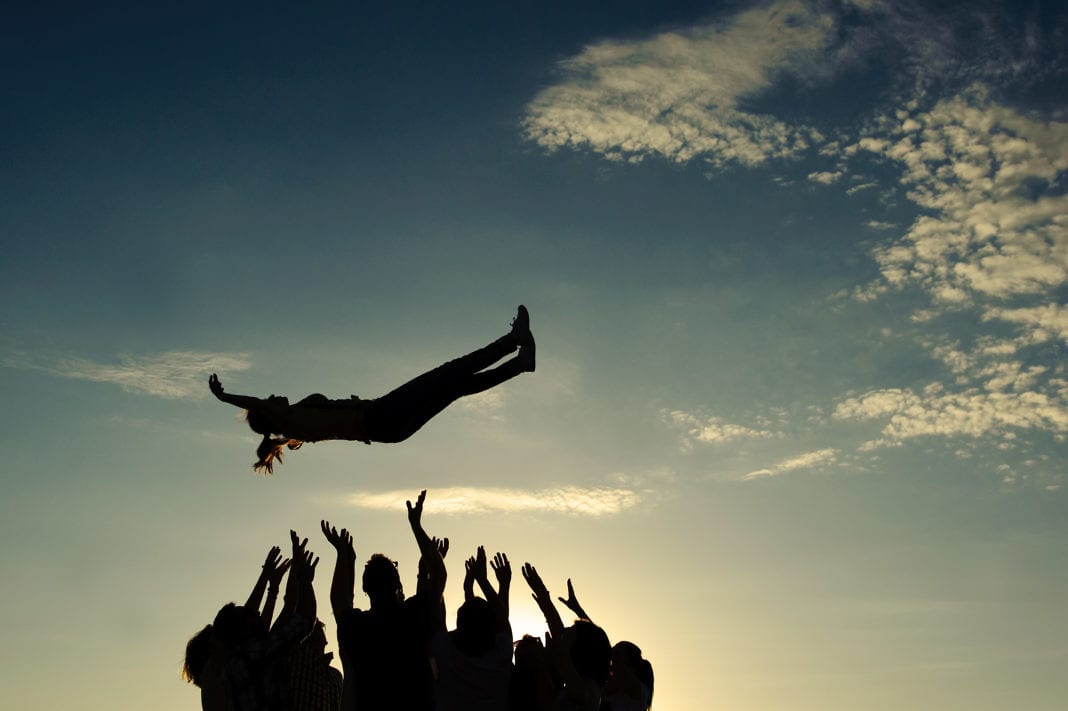 The quick answer is sometimes and always with eyes wide open. As a serial founder who devolved into a venture capitalist five years ago, Ive wrestled with this question. In fact Ive struggled with it my full 20 years in tech.

My baptism by fire with trust and venture capital came during my tenure at my first company, Spinner, which I co-founded with my current partner Dave Samuel. After our Series A, one of our investors, acting on reasons only known to himself, decided to shake up our little startup. He confided in me that everything was copacetic, but then also told Dave that I was in over my head as president and diminishing Daves CEO role.

Dave and I eventually uncovered the investors game, but because of our inexperience at the time we didnt know how to shut him down completely. The investor called a board vote to demote me. Thanks to every other board member, he lost.

After the vote, I tried to buy back the investors stake in Spinner but failed. Nine months later we were acquired for $320 million, making all parties involved big winners. This is the sort of thing that happens far too often, and causes a lingering bad taste in founders mouths. It can last for years.

The positive result of the situation is a heightened sensitivity to being brutally honest with my fellow venture capitalists and, more importantly, with every founder I back.

Frequent communication, openness and honesty on both sides will encourage better behavior and more compromise.

While you both may agree that your impending marriage is a match made in heaven, each side of the table is seeking to optimize funding terms for him/herself.

The venture capitalist who values your long-term relationship will seek standard terms and be clear and upfront with how his/her agenda differs from yours. You should address this potential disconnect up front by making it clear that you understand and expect standard terms.

That aside, its the exceptional investor that should be trusted at this stage, and even then only about communicating what is standard and what is not.

Mixed trust.Raising subsequent rounds can test your alignment with prior investors, whether or not they are seeking to lead the capital event or just follow-on. If the investor in question wants to lead the round, go back to our previous Your first time section. Hopefully some trust will have been earned on both sides, but again, recall that both sides will seek to optimize the terms for their own benefit.

When it comes to existing investors following-on in a round, alignment is murkier. Most investors want to maximize valuation at this stage. That juices investor markups, of course, and is generally in line with your interests.

It gets tricky around pro rata and super pro rata in oversubscribed rounds. Interests can diverge when the amount you want to raise doesnt permit the new investors desired ownership percentage unless the existing investors back off their legal pro rata rights. This is the epitome of a First World Problem, but it can encourage bad behavior by founders and investors alike.

To get around the issue, some early-stage investors will surreptitiously steer companies toward friendly later-stage investors that may be more permissive about extant investor pro rata rights. And, some founders might attempt to tamp down existing investor demands by not sharing deal terms until the final hour, even signing term sheets without advance discussion with their prior capital partners.

I believe that frequent communication, openness and honesty on both sides will encourage better behavior and more compromise. There is no silver bullet.

Unicorn sales typically dont create dissent because everybody wins enough to be supportive. In other words, the price is high enough that no one wants to go on record as being obstructionist.

Acqui-hires and modest sales, on the other hand, are rife with conflicts of interest. When you are ready to sell because you believe the company cant survive as an independent company (sub $50 million price), most investors will generally be supportive.

Where interests can diverge is around distribution of the sale proceeds. Many acquiring companies will typically try to reserve more of the value for management and employees of the company even at the expense of the legal equity ownership of the investors. In other words, acquirers can arbitrarily decide to reserve more of the purchase price for management than the cap table dictates.

In addition to seeking the highest purchase price, you should also seek to maximize your payout through personal equity and salary deals with the acquirer. Sometimes these personal deals come at the expense of a higher selling price for the company. Because you, sometimes, must bear the price of indentured servitude to clinch the acquisition, it is understandable you would seek additional compensation in an acqui-hire.

Investors ultimately can block the sale, you can decide to walk and/or the acquirer can pull its offer. All are playing a delicate game. The best you can hope for here is that the relationship between you and the investor transcends this single deal, encouraging both of you to be up front about your needs and all your exchanges with the acquirer. It should be us (VC and founder) versus them (acquirer).

Dont trust.Duh. You always have to watch your back as a founding or non-founding CEO unless your company is doing really well. Many investors wont be honest with you when their minds are made up until its too late.

Not that theres anything wrong with this, but as startups age and move up-cycle, venture capitalists focus even less on whats best for the founder and even more on whats best for the company. You always want to stay ahead of the criticism by owning your weaknesses/failings and your plan for addressing them. Always ask for critical performance reviews so you can gauge the boards current opinion of you. A primer for more effective CEO management of the board and investors deserves its own post.

Other areas of potential conflict include compensation, board composition, hiring, cash flow/burn, revenue generation and more than I can mention.

Most conflicts between venture capitalists and founders arise out of differing agendas, miscommunication, lack of communication and inexperience not malicious deception. No one is right or wrong, but rather just on different sides of a deal. Thats business.

Ill end with an especially scary story about succession from one of our portfolio companies because war stories are really what you most want to read about.

We led a founders seed round with a paltry (by todays standards) $100,000 investment.The founder raised his Series A from two well-known VCs and Freestyle stepped off the board as we typically do at this stage. One year later, the VCs abruptly fired the founder.

It surfaced that the VCs wanted to oust the founder prior to investing, but clearly felt that honesty would have killed their deal. Knowing the founder as I do, its likely that the VCs fears were unfounded.

Freestyle spent considerable time with the founder helping him process being forced out of the very company he started. Karma prevailed though at great financial cost to the company and emotional cost to the founder. After the CEO hired by the Series A investors spectacularly failed, the investors begged the founder to return. The founder agreed, after receiving a substantial equity grant and stripping the investors of their board seats. The story continues

Blue Origin’s Jeff Bezos turned down a $200 million trip around the Moon |...

Clinton Has a Team of Silicon Valley Stars. Trump Has Twitter