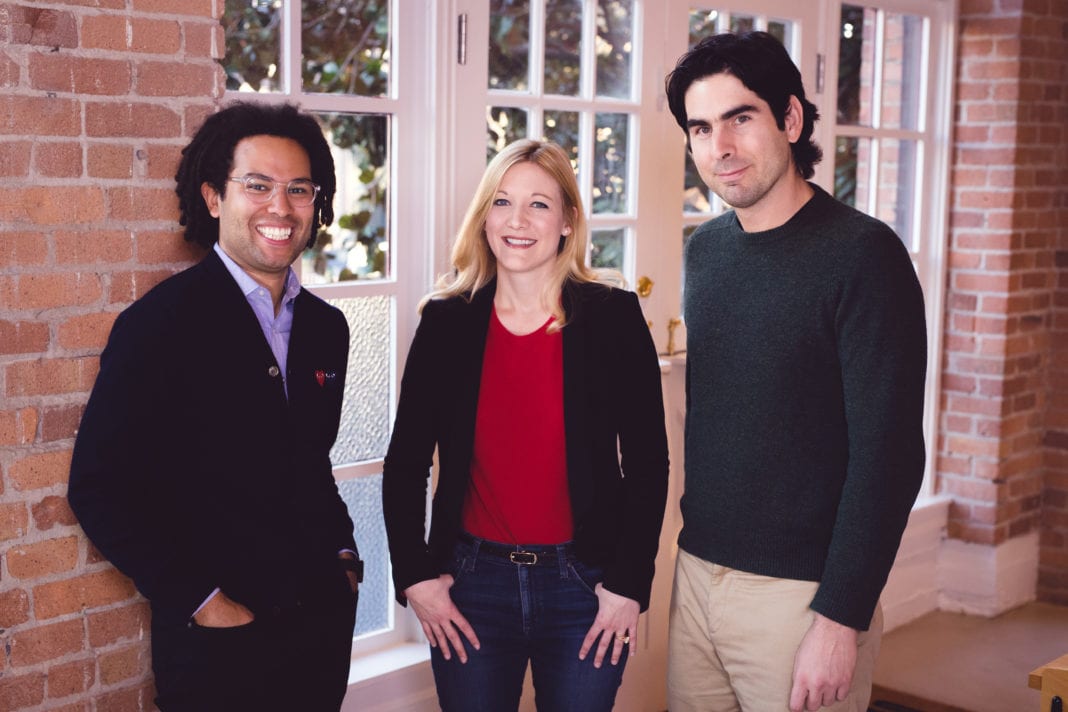 General Catalyst is diving more seriously into the business of funding seed-stage startups. To wit, the venture firm is announcing today that it plans to invest at least $25 million each year in nascent teams that “can’t be too early” for the firm to see, according to Katherine Boyle, an investor with the firm who will be spearheading the effort with two other colleagues: Niko Bonatsos and Peter Boyce, who cofounded and continues to help oversee Rough Draft Ventures, a student-focused program fueled by General Catalyst.

We talked with the three on Friday morning to find out why their 19-year-old firm — which has sometimes invested in seed-stage firms in the past — felt the need to formalize its efforts with this new initiative, whose capital will come from the firm’s $1.4 billion ninth fund (closed in March of last year).

They said the decision arose from feedback they’ve received in recent years, including that it can take too long for decisions to get made in the earliest stages of a startup’s life; that many seed-stage and angel investors are now looking for some traction before they’ll write a check; and that fundraising is stressful and distracting.

GC’s solution to all three is to address them by promising founders a quick decision; by promising to work with founders who have “clarity of vision” if not actually proof of concept yet; and by assuring founders whose companies take off that it can continue to support them financially, thanks to its giant fund.

As Boyle explains it, the idea is to write initial checks of between $500,000 and $2 million to start, to respond within 48 hours of a meeting (though they won’t skip reference checks), and to invest in anywhere from 25 to 35 startups each year, though Boyce suggests they can easily invest more given the right opportunities. “This isn’t spray and pray,” adds Bonatsos. “We come in and we’re significant investors. The idea is to invest more in future rounds.”

Naturally, it’s not a novel concept, a giant firm investing in seed-stage companies. Plenty of heavyweight firms have done this in the past, including Greylock, which garnered attention by giving Reid Hoffman $20 million to invest in seed-stage funds back in 2010.

Andreessen Horowitz and Sequoia Capital are also among other very big firms known to invest in seed-stage companies, though firm founder Marc Andreessen expressed some ambivalence about the trend in conversation with us back in 2013. His concern at the time — and it’s one that venture firms, including his own, have since grown more comfortable with — was the potential for conflicts of interest.

Seemingly, the possibility isn’t keeping the General Catalyst team awake at night. “Historically, this hasn’t been an issue,” says Bonatsos. “Of course, business models evolve and conflicts can emerge [as portfolio companies begin to compete with one another]. But we go into these conversations with an open mind. Also, sometimes, what may look from the outside like a conflict isn’t, because startups are targeting other geographies or different types of customers.”

Neither is General Catalyst apparently concerned with signaling risk, or the risk generated when a startup accepts seed funding from a top-tier VC and that VC doesn’t go on to lead, or even participate, in its Series A round. As Sequoia partner Bryan Schreier told us about Sequoia’s thinking as it launched its own $180 million seed-stage fund last year, the mere association with certain hands-on firms helps more than it hinders. “We’ve pulled data on this and a company that has raised seed funding from Sequoia is three times more likely to raise a venture round — no matter what.”

One difference between GC and numerous other firms that pursue seed-stage deals: it does not have a formal “scouting” program, wherein it works with operators in its portfolio who seek out deals on its behalf and are rewarded financially for the work.

“We don’t have that at the moment,” says Bonatsos, nothing that “things may change in the future.”

The seed team is also eschewing the “generalist” approach that many firms seem to embrace, with Bonatsos, Boyle, and Boyce telling us they have distinct, if sometimes overlapping, areas of expertise and interest.

Boyle, for example, invests in heavily regulated industries, with a particular penchant for startups focused on defense tech and that sell to the government. Bonatsos has long focused on consumer deals, though he said he’s also interested in “frontier stuff” and startups that are trying to create new industries. As for his part, Boyce is most interested these days in consumer financial services and design.

Ultimately, says the Bonatsos, the three mostly “want to be inspired.”

Adds Boyce, “We work with both first-time and experienced founders all the time. It’s less about experience and traction, and more about founders who have a point of view and can attract talent – – founders who we think can get to the IPO and beyond.”

Boyle and Bonatsos are, and will remain, based in the Bay Area. Boyce is in New York.

Snapchat is building a secluded R&D lab in Lehi, Utah