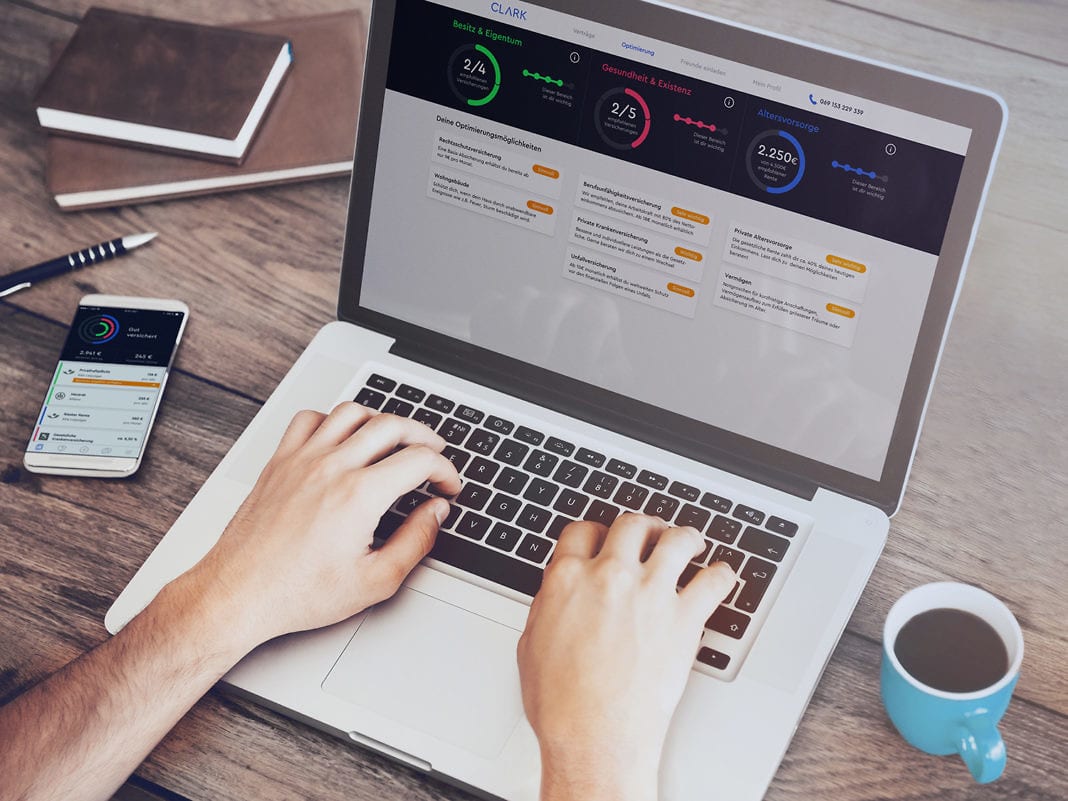 Clark, one of a plethora of so-called ‘insurtech’ startups offering something akin to a digital insurance brokerage all delivered through a convenient mobile app, has closed a hefty $29 million in Series B funding.

The round was led by fintech investor Portag3 Ventures, and VC fund White Star Capital, with participation from a number of existing investors including Coparion, Kulczyk Investments, and Yabeo Capital. It brings Clark’s total funding to $45 million.

Founded in July 2015 — and originally out of fintech company builder Finleap — Frankfurt and Berlin-based Clark has built what it describes as an “insurance­ robo-­advisor”. Once you’ve given the startup a mandate to act as your insurance broker, the Clark iOS, Android and web apps let you manage and purchase various insurance products, spanning the full gamut of life, health, and property insurance.

Specifically, its algorithms analyze your current insurance situation and automatically propose ways to improve your coverage or get a better deal than the one you are currently on. It makes the majority of its revenue from management and admin fees paid by insurance companies on its platform, but also via commission on any new policy taken out.

To date, Clark says it has acquired close to 100,000 customers for its digital insurance services, making it one of the largest digital insurance players in Europe. This, we’re told, translates to $310 million in contract volume, which the insurtech startup says is a ten-fold increase from the contract volume it managed in 2016 at the time of its Series A.

Some of that growth appears to have come from partnerships with a number of banks in Germany, including challenger N26, and incumbents ING-DiBa, and DKB. I’m also told Clark has started working on a B2B line, offering Clark technology to banks and other insurance companies as a white-label product. Four deals with leading companies have been signed and are “in development”.

“Over the next few years, we will continue to focus on growth to cement our digital insurance management as the standard in Europe,” says Dr. Christopher Oster, CEO and co-founder of Clark, in a statement. “To drive Clark’s development, we will invest in our team in both Frankfurt and Berlin, especially in technology and marketing”.

The future of autonomous vehicles runs off roads and on to farms, construction sites...

Amazon wants to become Walmart before Walmart can become Amazon

Meet your new cobot: is a machine coming for your job?

The $150 Build-It-Yourself Computer for Kids