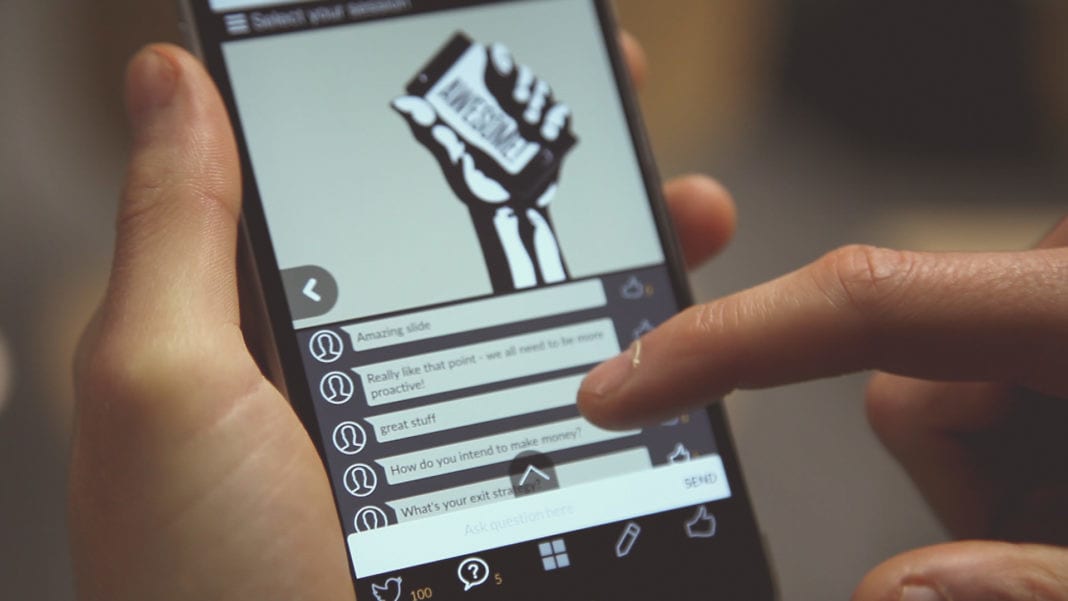 Glisser, a London-based startup ona missionto end tedious presentations by lettingpresenters include real-time polls and Q&As, has closed a $1 million seed round. Its web-based platform also supportsother forms of audience engagement such as enablingparticipants to save and share slides to social media.

Investors in Glissers seedareDowning Ventures and London Co-Investment Fund, along with some unnamedbusiness angels.The financing will be used tospearhead a growth push in the US market, with a plan to open a base in New York, it said today.

Glisser launched its web-based platform back in 2015, and currently has 100 enterprise customers naming the likes of Amex, Visa, Bloomberg and UBS among them, as well as some government departments. Atotal of around 10,000 presenters are signed up and using its software at this point.

The teamwas one of the startups graduating from Microsofts London Accelerator this summer, so no surprise its also focusing on integrating its presentation platform with Microsofts PowerPoint behemothreleasing todaywhat it calls an add-in for PowerPointwhichlets users of the latter software tap directly into its interactivefeatures.

This allows presenters and event organisers the ability to upload and sync their presentations from within Powerpoint, notesa spokesman.

While Glissers ownwebproduct works by presenters uploading their slides to its cloud and getting a unique event URL which they can then use during presentations to gatherresponses and feedback from theaudience.

Hipsters, Australia is the place to be making whisky

Why we stepped up to the patent troll problem

What’s next? The top media executives on the job market