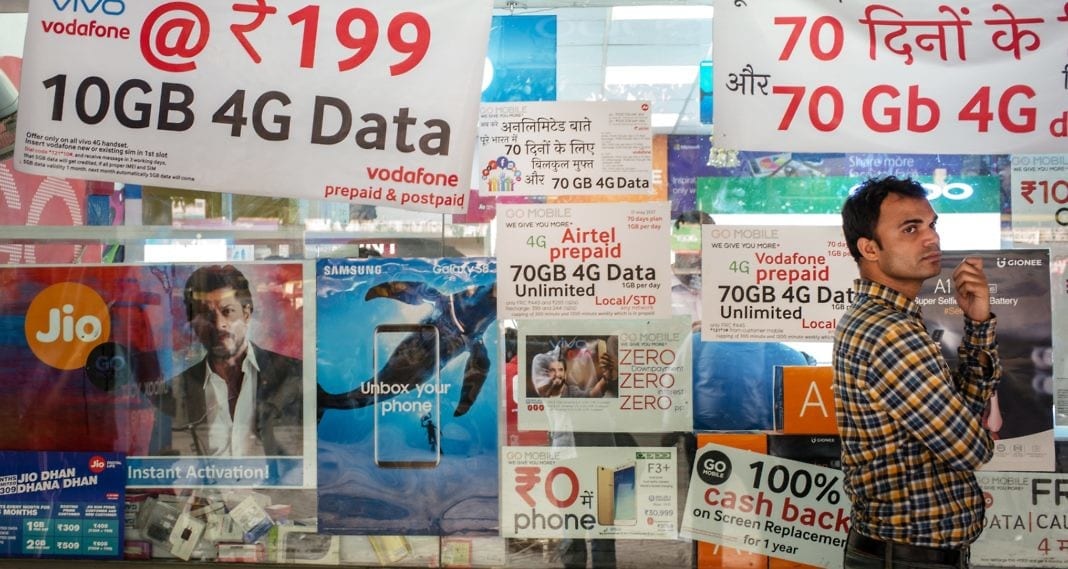 Google is turning startup investor to further its goal of putting Google services like search, maps, and its voice assistant front and center for the next billion internet users in emerging markets. It has invested $22 million into KaiOS, the company that has built an eponymous operating system for feature phones that packs a range of native apps and other smartphone-like services. As part of the investment, KaiOS will be working on integrating Google services like search, maps, YouTube and its voice assistant into more KaiOS devices, after initially announcing Google apps for KaiOS-powered Nokia phones earlier this year.

“This funding will help us fast-track development and global deployment of KaiOS-enabled smart feature phones, allowing us to connect the vast population that still cannot access the internet, especially in emerging markets,” said KaiOS CEO Sebastien Codeville in a statement.

KaiOS-powered phones play squarely in the latter category, and they are gaining traction in markets where feature phones still hold sway. In India, they have overtaken Apple’s iOS to become the second-most popular devices after Android handsets.

KaiOS tells us that there have been more than 40 million KaiOS phones shipped to-date, while data from Counterpoint research suggests its shipments grew 11,400 percent year-on-year to reach 23 million in Q1 2018. The research firm estimates that a more broad uptick in feature phone buying, fueled no doubt by Jio’s huge numbers and HMD Nokia, led to Android-based smartphone shipments declining 14 percent year-on-year in that same Q1 2018 period.

Google’s KaiOS investment could be seen as a way of introducing its services to feature phone users who might eventually graduate to smartphones. However, there is also scope for holding on to these users even as they stay in the feature phone category, which continues to evolve and become more functional.

“We’re excited to work with Google to deliver its services on more mobile devices,” said Codeville, the KaiOS CEO. “Having an intelligent voice assistant on an affordable mobile phone is truly revolutionary as it helps overcome some of the limitations a keypad brings.”

KaiOS is a U.S.-based project that started in 2017, built on the ashes of Mozilla’s failed Firefox OS experiment, as a fork of the Linux codebase. Firefox OS was intended to be the basis of a new wave of HTML-5, low-cost smartphones. And while those devices and the wider ecosystem never really took off, KaiOS has fared significantly better.

KaiOS powers phones made by OEMs including Nokia (HMD), Micromax and Alcatel, and it works with carriers including Sprint and AT&T — it counts offices in North America, Europe and Asia. But its most significant deployment to date has been with India’s Reliance Jio, the challenger telco that disrupted the Indian market with affordable 4G data packages.

Reliance Jio offers its own range of KaiOS handsets, and coupling that with its low-cost data packages, KaiOS’ share of India’s phone market has reportedly jumped to 15 percent — overtaking Apple’s iOS in the process and putting it second behind only Android. (Jio’s own devices have actually increased the number of feature phones in India, such has been its impact in the country.)

That market share alone in a high-growth market like India is likely enough to pique Google’s interest.

“We want to ensure that Google apps and services are available to everyone, whether they are using desktops, smartphones, or feature phones.” said Anjali Joshi, VP of Product Management for Google’s Next Billion Users division, in a statement. “Following the success of the JioPhones, we are excited to work with KaiOS to further improve access to information for feature phone users around the world.”

Beyond this, the Next Billion business unit works on customizing the Google experience and services to fit the needs of new internet users in emerging markets, including the launch of new services like this neighborhoods app and a successful public WiFi program.

While Google continues to develop its Android smartphone platform, it has long been an advocate of expanding its services to other platforms, too, and that’s been the case with KaiOS.

In February, KaiOS announced that it would be adding Google Search, Google Maps and the Google Voice Assistant to the new Nokia 8110 feature phone, and it seems that this is the Google agreement that will be expanded to all models as part of Google’s investment.

To be clear, Google services are not the only ones on KaiOS. It added apps for Twitter and Facebook earlier this year, and it mixes dedicated KaiOS apps — WhatsApp is said to be coming — with others that are more basic HTML-5 web apps.

Google’s investment in KaiOS is the latest in a line of direct startup deals from the U.S. tech giant that sit alongside investments made by GV and CapitalG, its two investment arms. Google has also backed concierge service Dunzo and is partnering with the carrier Orange to make investments and potentially acquire startups in Europe, the Middle East and Africa.

Google is quietly formulating a new strategy for China

Note: The original version of this post has been updated to provide more data around KaiOS shipments and Android shipment declines.

Spacetech growth, the future of micromobility, and how to solve the hell of open...