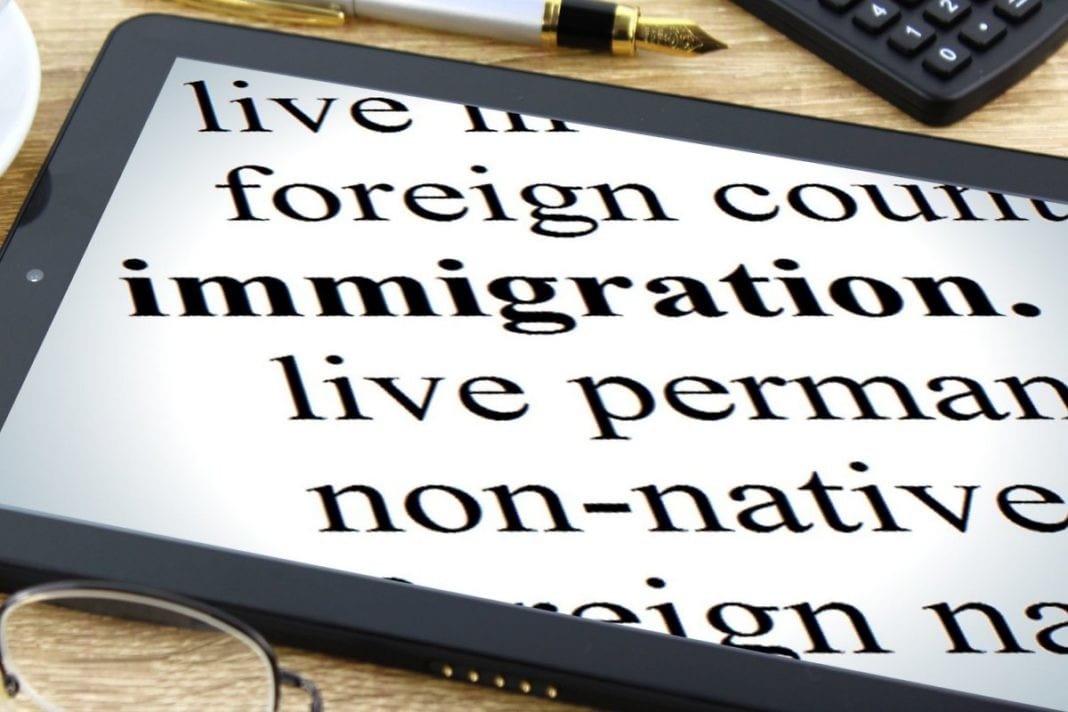 Lets talk about something non-awful that Donald Trump has done. (Shouldnt take long, right? Ba-dum-bump-wince.) Specifically, lets talk about the draft executive order floating around which calls for H-1B visas to be allotted not by lottery, as they are today, but by auction, so that only highly-paid jobs are filled by H-1B holders.

This would be an excellent idea. I have repeatedly called for it myself. If were going to have limits on skilled immigration, lets have better ones. The current H-1B is gamed by body shops such as Cognizant and Tata, and its a terrible visa for employees, one which ties their fate irrevocably to their employer, and prevents them from eg founding startups. People subjected to this should at least be paid well for it.

There are a couple of further subtle tweaks Id like to make, mind you. One is to weight salaries somewhat by the size of the employer, to favor startups. Another is to apply this auction only to the basic H-1B visas (currently 65,000 a year) while leaving the lottery for the 20,000 reserved to those with masters degrees, and maybe split out 5,000 for those with a Ph.D., so that the especially well educated in industries that dont pay as well as tech such as science can still qualify.

I personally think skilled people shouldnt be limited by national borders at all. Immigration creates jobs and lowers crime rates. More importantly, though, skilled engineers are not like factory workers. We are not fungible. You cannot simply replace Immigrant Engineer X at Company Z with American Engineer Y; nor should you want to. If you are fungible, then you are not a good engineer. Sorry.

Good engineers are individually valuable, but, more importantly, a sufficiently large critical mass of them is spectacularly so. Silicon Valley, and the tech industry as a whole, is fundamentally based on the precept that an accumulation of good, excellent, and exceptional engineers leads to an outcome wildly beyond the cost of the sum of its parts.

The result has been so extraordinarily successful that its surreal to see the concept frequently attacked by both the anti-tech right, who want companies to hire American because they wrongly think that bias will lead to a better outcome for America (it wont) and the anti-tech left, who are opposed to the very notion of the fabled 10x engineer.

This is because the left correctly claims that this concept is often used to oppose diversity. And its certainly true that there are far, far more self-proclaimed ego-stroked rockstar engineers than ones who are actually exceptional. If you believe the hype and press releases, the Valley is like Lake Wobegon on steroids; all the engineers are not just above average, theyre 300% better!

But exceptional talent really does exist, and its silly to pretend otherwise. Critics of tech should criticize the reason, not the excuse; the disease, not the symptom. Perhaps the world would be a better place if engineers were fungible. Thats an interesting thought experiment. But such is not the world in which we live.

Unfortunately, we also do not live in a world in which the American administration believes in immigration. Witness the recent attempt to ban lawful permanent residents from re-entering the country if they leave. Its really hard to imagine there wont be malevolent anti-immigrant bad faith and gratuitous cruelty as part of this forthcoming executive order. Witness Steve Bannons reaction, in this interview from last years campaign, to Trumps claim we have to keep our talented people in this country. Bannon responded:

When two-thirds or three-quarters of the CEOs in Silicon Valley are from South Asia or from Asia, I think he didnt finish his sentence. A country is more than an economy. Were a civic society.

Its unclear whether Bannons version of a civic society doesnt include Asian people, people with accents, or both; but thats certainly not my idea of a civic society, or Silicon Valleys, or Californias, or, I thought until a few months ago, Americas. (That two-thirds or three-quarters is also wildly incorrect, not that thats whats important here, and not that facts matter to the current administration.)

Its already very, very clear to immigrants that the current US administration, along with at least a third of Americans, are strongly, angrily, pathologically anti-foreigner. Ironically this may actually be good for existing tech powerhouses, as those immigrants who are willing to come to America a number which has surely shrunk considerably in the last month will want to go to demonstrably pro-immigrant locales like California, New York, and Boston meaning the best tech talent will get even more concentrated in those places. The red states self-inflicted loss will be the blue states gain, yet again.

Let’s face it, Mobile World Congress isn’t about the mobile any more

Should exercise be compulsory at work? – BBC News