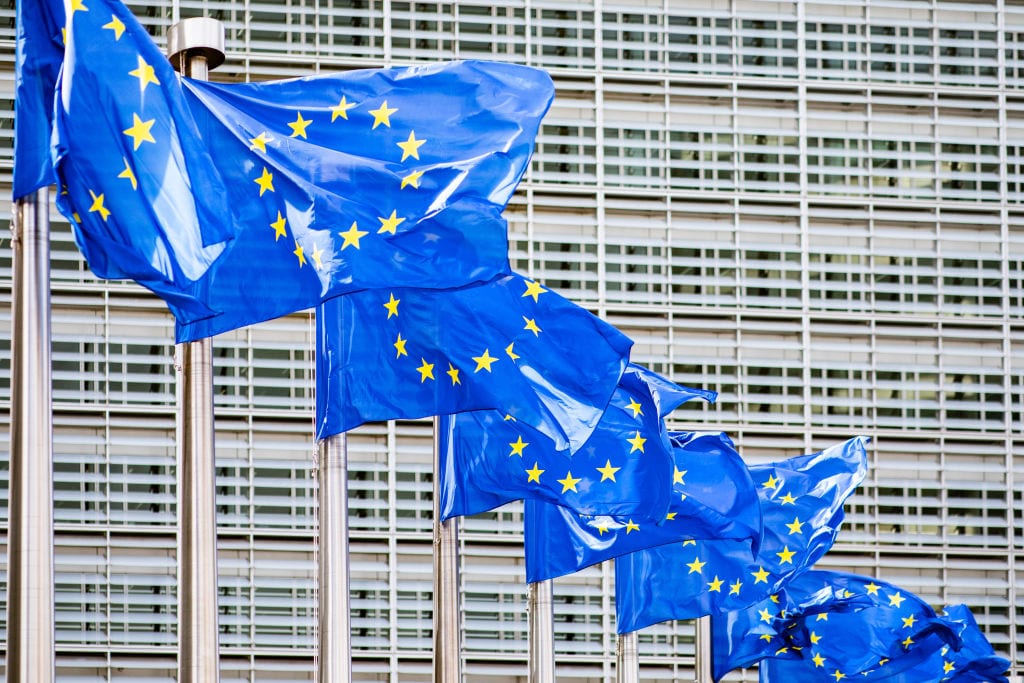 The deregulation of major

According to a new book by French economist Thomas Philippon, Americans’ view of their country as the world’s beacon of free market competition and Europe as an over-regulated region of lethargic corporate giants is out of date, and may be inhibiting our ability to recognize growing corporatism at home. Philippon, a professor of finance at NYU Stern who earned a Ph.D. in Economics from MIT, was named one of the top 25 economists under age 45 by the International Monetary Fund.

“If you have nothing interesting or relevant to say, you can always take a jab at European bureaucrats. It’s the political equivalent of complaining about the weather…”

Based on Organization for Economic Cooperation and Development (OECD) data, the U.S. now has more regulations for opening a new business than every EU country except Greece and Poland — a complete reversal since 1998, when only the UK had fewer rules than the U.S. Per capita GDP growth in the EU outpaced that of the U.S. over 1999-2017. On a purchasing power parity basis, Americans have experienced a 7% increase in prices (relative to EU residents) for the same goods, due specifically to increased profit margins of companies with reduced competition.

An interview with economist Thomas Philippon, author of ‘The Great Reversal’

The reason for this divergence? According to Philippon, corporate incumbents in the U.S. gained outsized political influence and have used it to a) smother potential antitrust reviews and b) implement regulations that inhibit startups from competing against them. As a result, the U.S. regulatory system prioritizes the interests of incumbents at the expense of free market competition, he says.

Philippon makes his case in “The Great Reversal: How America Gave Up on Free Markets,” released this past Tuesday by Harvard University Press. The book builds an argument from extensive data and pre-empts likely critiques by investigating numerous potential confounding variables or differences in research methodology. It is a compelling read for those interested in the dynamics of the overall innovation economy or the political debate over antitrust and Big Tech.

Philippon, who was na states upfront that he isn’t claiming Europe is a bigger startup hub. In fact, he writes that “the U.S. has better universities and a stronger ecosystem for innovation from venture capital to technological expertise.”

What he does do is ring the alarm about a systemic shift in market consolidation in the U.S. that results in a small number of large incumbents charging high prices, an economy-wide prioritization of share buybacks over investments in innovation and government policy that inhibits competition from new entrants.

An important take-away for readers: there’s a concerning trend toward more barriers to successful entrepreneurship, higher prices for countless goods and services that startups use, an overall decrease of corporate investment in new technologies and fewer potential startup acquirers.

There are half as many publicly-traded companies in the U.S. as there were in 1997, and turnover within rankings of the top five companies per industry has declined sharply since the late 1990s as well.

Market concentration isn’t due to superstars

Corporate after-tax profits as a percent of U.S. GDP were stationary for decades at 6-7% but increased to 10% in the last two decades, highlighting increased “rent-seeking” that shouldn’t occur if the leaders in most industries were facing the same amount of domestic competition or increased international competition.

From the 1960s through the 1990s, American companies poured an average of 20 cents from each dollar of operating profit into investments (R&D, capital expenditures, etc.). Since 2000, that’s fallen to 10 cents per dollar. With reduced competition, large companies are focusing less on advancing their product offerings and more on extracting profits for shareholders out of existing business operations.

Major tech companies — specifically Alphabet (Google), Amazon, Facebook, Apple, and Microsoft — are the focus of multiple chapters of analysis by Philippon, who rejects the notion that these companies are somehow unprecedented relative to the leading companies of prior decades from an antitrust standpoint. They account for a smaller portion of U.S. GDP and stock market value, and they have similar profit margins. Network effects and accelerating economies of scales are not new concepts in economics — existing antitrust regulations are capable of dealing with these companies.

Finiata, the finance platform for SMEs, freelancers and the self-employed, bags 18M funding