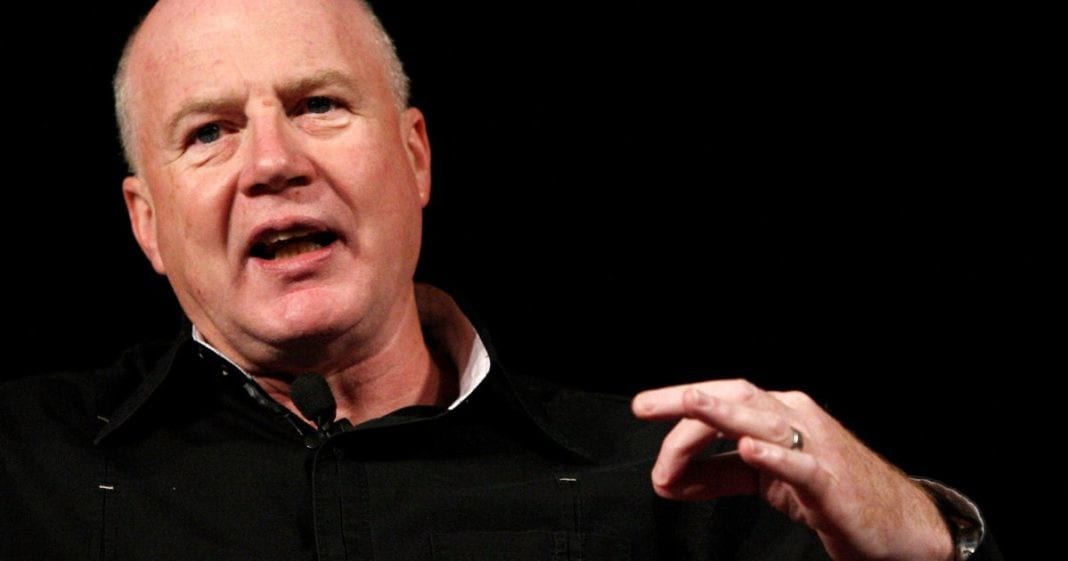 Last July, Kevin Roberts, then-chairman of Saatchi & Saatchi, was hosting a 50-person birthday dinner for his daughter-in-law at his home in the U.K.s Lake District when he got a text message.

An interview hed given to Business Insider weeks before had hit the Internet. In it he commented that the gender debate in the advertising industry was over and that many women lacked vertical ambition. The story was trending fast on Twitter.

Oops. As guests were arriving and later sitting down to table, Roberts spoke twice with his PR adviser in the U.S., Brian Sweeney. For the next 72 hours, he reached out to clients and colleagues across three continents to clarify his comments, while juggling the rest of the weekend party.

But the day after the dinner, Maurice Levy, chief executive officer of parent company Publicis Group, announced he was putting Roberts on leave, saying his views didnt reflect those of the group. Within days, after thousands of angry posts about him being an out-of-touch old white guy, Roberts, one of the industrys best-known and powerful advertising executives, resigned.

In hindsight I absolutely wish I hadnt said that, he said in a wide-ranging interview. I was very confusing. I actually completely misunderstood that I was giving an interview that would be judged on Twitter.

It may seem surprising that Roberts, who built his entire career on getting companies to adopt effective messaging, was completely taken aback by the ferocity of the response on social media. Roberts, 67, who recently became chairman of U.K. communications firm Beattie, said what he was trying to advance was a more subtle message, which got lost in the firestorm that followed.

Firestorms over the gender debate have hit the ad industry before. Last year, a female employee of J. Walter Thompson filed a discrimination lawsuit accusing the agencys CEO, Gustavo Martinez, of making racist and sexist comments. He later resigned. Back in 2005, Neil French, then worldwide creative director of WPP, quit amid outrage over his comments at an industry event that women dont make it to the top because they dont deserve to. Theyre crap.

Roberts, who says his motto is fail fast, learn fast and fix fast, thinks his comments last summer led to pretty fast failure. That after 20 years at Saatchi and previous executive positions at Procter & Gamble Co. and PepsiCo Inc.

He says his comments were misconstrued.

I felt the debate now was not about gender but really about how to inspire everyone irrespective of gender to be the best they can be, he said. His point, he says: Lets not stop talking about race or class or gender, lets more start talking about inclusion.

A 2016 survey of 600 women in advertising by the 3% Conference, a group that advocates the advancement of female creative talent in the industry, found that 91 percent of women have heard demeaning comments from male colleagues and 54 percent have been subjected to unwanted sexual advances. The advertising world remains a tough place for women to get ahead on their own merits, said Kat Gordon, founder of the organization.

Hes discounting what women want and are up against, Gordon said. They do have ambition and theyre hitting these speed bumps over and over again. Ad agencies are not meritocracies or free of sexism and there are not equal opportunities.

SEE ALSO: This startup is making the doctor’s office of the future

Many women at Publicis were upset by Roberts’s comments, said Kate Stanners, who was then the firms worldwide chief creative officer. She later also took on the role of chair, replacing Roberts. Stanners said women currently hold half the top jobs managing director and above at Saatchi in London, where the firm is headquartered. And in the last few months, Everyone has moved on. My feeling is whether you want a top job or not is not a gender issue, its a lifestyle issue. As many women want a top job as men.

Roberts, who was already due to retire in May 2017, the same time as Levy’s planned departure, is now advising several companies in his native New Zealand, in addition to his role at Beattie. He hasnt backed away entirely from his original comments, saying many women and men dont desire to move up the ladder. Some people want to do work rather than manage work, he said. I dont think thats a lack of ambition. Frankly, I think its a higher ambition.