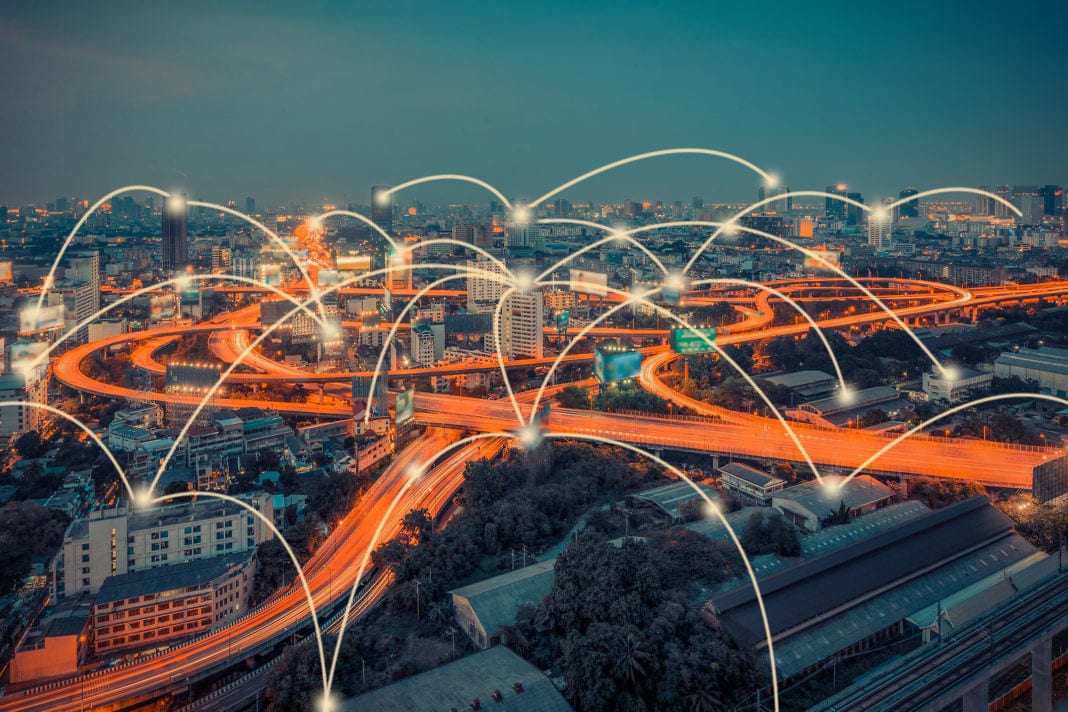 Michael Provenzano is CEO and co-founder of Vistar Media.

Two decades after social scientists coined the term smart cities, the dream of tech-enabled communities has yet to come to fruition. But Donald Trumps presidency could prove a turning point for the smart-city movement.

Smart-city initiatives that do exist are mostly pilot programs funded by grants, not long-term projects with sustainable financials. Funding shortfalls and a lack of cohesive planning are to blame. That is to say, a recentUniversity of Pennsylvania surveyfound that almost none of the largest metropolitan planning organizations have clear transportation modernization plans.

At the same time, the need for innovation as it pertains to infrastructure and urban living has never been more dire. Nearly two-thirds of U.S. citizens nowlive in urban areas. As Americas citiescontinue to grow, they face mind-boggling challenges: worsening traffic, increasing pollution, expensive housing,aging infrastructureand strained services.These challenges can only be solved by harnessing the power of big data, machine learning and other technology.

Recent funding efforts, while commendable, are proverbial drops in the bucket. In September, the White House expanded itsSmartCitiesinitiative,committing $80 millionto help urban centers improve their climate, transportation, public safety andcityservices through advanced technology.But Americancitieswill spend about $52.4 billion, or 655 times the White House funding, on technology this year alone, according to the Center for Digital Government. Worldwide,citiescould spend as much as$41 trilliononsmarttech over the next two decades.

President Trumps promise to spend $1 trillion on infrastructure over the next 10 years offers a possible path forward. His plan, which targets everything from airports to ports, should also include urban technology. Building smart-city infrastructure will not only create American jobs and top-line growth, but will also save both local and federal government money over time, thanks to more efficient use of energy and resources.

Trump and other leaders can take note of successes around the globe. Take Singapores Smart Traffic system, Helsinkis involvement in an ecosystem of open innovations called bIoTopeor Barcelonas dedication to smart cities, which began in 2012, and relied heavily on IoT to improve a number of different urban systems, including public transportation, street lighting and waste management.

Cities can generate revenue from connectivity and the data resulting from it.

Within two years, Barcelonas deputy mayor claimed the city was saving $58 million annually on smart water technology, with $50 million more in revenue from smart parking and more than 47,000 new jobs thanks to its efforts.

Partnerships also can be vital to driving growth. Take, for instance, South Korea, where nearly every part of public life in Seoul is enabled by technology, from high-tech street lamps that reduce energy use to roads that recharge buses thanks to underground electrical cables. And the city of Songdo, just 22 miles away from the capital, is in the midst of being built from scratch as a futuristic business hub.

As part of the strategy, South Korea looked to a trusted ally in electronics behemoth LG, headquartered in Seoul. Trump can follow suit with American companies like GE and Google, which have demonstrated awillingness to investin smart cities, or other software giants like SAP, which announced plans to invest $2.2 billion in IoT by 2020, where expanding partnerships and cooperation with companies like Dell and Intel are integral to its growth plans.

But theres another resource that has already helped Trump build his multi-billion dollar brand: the media.

In The Silent Intelligence: The Internet of Things, co-author Daniel Obodovski points out the difference between ROI and monetization, and explains how cities can generate revenue from connectivity and the data resulting from it. Similar to startups that often raise a small seed round or bridge loan to support initial growth, a cash infusion through an easy revenue stream like ad revenue can foot the bill to build smart-city infrastructure. Then, once that foundation is in place, long-term sustainable revenue can be realized in the form of lower energy costs, reduced waste and greater efficiencies.

As a recent example, lets examine the reason why Sidewalk Labs new venture Intersection won the LinkNYC contract in New York City, which provided the capital to create a free public Wi-Fi network of 10,000 kiosks. Compared to other infrastructure providers, Intersection, a hybrid municipal media and technology company, offered an opportunity for the city to modernize its existing infrastructure of public payphones with Wi-Fi enabled kiosks, which provided a monetization solution to offset the otherwise costly endeavor (estimated to be around $200 million). Now, through sales of digital media inventory, Intersection plans to generate about $500 million in ad revenue over the next 12 years, with taxpayers not contributing a dime.

Concurrently, three other major vendors, including Outfront (formerly CBS Outdoor), Clear Channel Outdoor and JCDecaux, are now rolling out digital screens across U.S. urban cities, where distribution has increased significantly due to the plummeting price of LED screens and changing local legislation. A recent example can be found in the D.C. area, where digital billboards are viewed by city officials as appropriate in entertainment districts, like Nationals Park, and can add value to neighborhood identity.

There are early signs that Trump may be open to the type of business-driven, solution-focused thinking that will drive smart cities forward. At a time when the president faces major challenges and criticism for a campaign perceived by many members of the media as run largely on divisiveness, working alongside tech industry leaders could prove to be a powerful asset in pursuit of this massive initiative as they expand their own infrastructure improvements to pave the way for clean energy, solar energy and self-driving cars.

Can focusing on U.S. smart cities and embracing relationships between manufacturing giants, media companies and tech disruptors help Trump create a lasting model for the future that could earn him an easy bipartisan win? The digital writing may already be on the wall one that has immense potential to drive the economy forward, while creating a path for social and civic good that multiple players in the ecosystem can rally behind.

Meet Lumi, the Los Angeles startup that just raised $9 million for a packaging...

Company behind Lily Camera, with $34 million in pre-orders, is shutting down