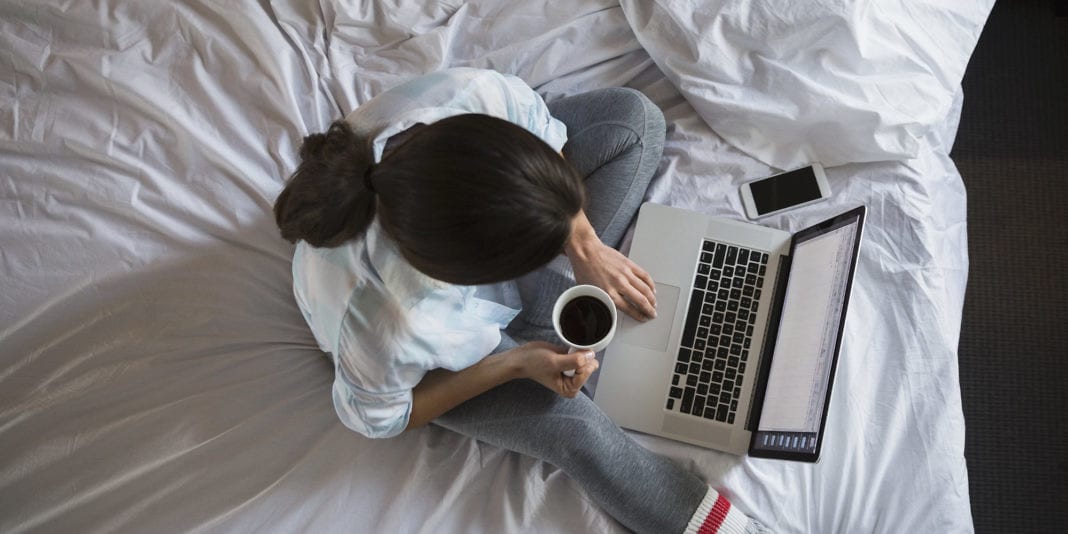 Checking your work email on a weekend or a holiday? In France, where employees have been granted “the right to disconnect,” that’s now against the law.

Buried inside a recently enacted — and hotly contested — French labor reform bill is an amendment banning companies of 50 or more employees from sending emails after typical work hours. “The right to disconnect” amendment, as it’s so called, is aimed at minimizing the negative impacts of being excessively plugged in.

“All the studies show there is far more work-related stress today than there used to be, and that the stress is constant,” Minister of National Education Benoit Hamon told the BBC earlier this month. “Employees physically leave the office, but they do not leave their work. They remain attached by a kind of electronic leash– like a dog. The texts, the messages, the emails — they colonize the life of the individual to the point where he or she eventually breaks down.”

Work-related burnout appears to be a growing concern for the French government. In February, French Health Minister Marisol Touraine formed a working group in an effort to define and treat work-related exhaustion. According to an April article in the French daily Les Échos, about 1 in 10 of the nation’s workforce is at a high risk of job-related burnout.

A woman in France, protesting the controversial labor reform bill:

Under the new law, companies are mandated to negotiate formal policies to limit the spillover of work, specifically as it’s related to “digital technology,” into the private lives of employees. This, according to the BBC, will involve companies establishing “charters of good conduct” specifying hours, typically in the evenings and weekends, when employees aren’t supposed to send or receive email.

“The development of information and communication technologies, if badly managed or regulated, can have an impact on the health of workers,” Article 25 of the bill reads. “Among them, the burden of work and the informational overburden, the blurring of the borders between private life and professional life, are risks associated with the usage of digital technology.”

Some have lauded this clause as a win in the battle against over-connectedness.

“The right to disconnect isn’t necessarily an obligation … but it’s an opportunity — to claim a little breathing room; to realize that the world won’t stop turning, or even producing words or widgets, without one person’s constant vigilance,” wrote The New Yorker’s Lauren Collins this week.

Others, though, have warned that the law doesn’t go far enough.

Jon Whittle, a researcher at Digital Brain Switch, a U.K. project looking at the impacts of digital technology on work-life balance, told The Washington Post that some employees may feel even more overwhelmed at the thought of returning, in the morning or post-vacation, to a deluge of emails.

“I think the topic of work-related well-being is much larger than simply stopping email after-hours,” Whittle said. “Email is just a medium used to communicate. The real problem is the culture of having to constantly do more and constantly do better than competitors.”

Even advocates of the bill, such as Hamon, the national education minister, have admitted that the law has its limits. There is currently no penalty for violating the law and companies are expected to voluntarily adhere to it.

Still, the ban appears to be the one — perhaps only — part of the labor reform bill that’s been largely positively received.

The bill, referred to as the El Khomri labor law after Labor Minister Maryan El Khomri, has been enormously unpopular. Critics of the bill say it will weaken unions, threaten employee rights and enhance job insecurity for young people. In recent months, opponents have staged widespread, at times violent, protests.

Earlier this month, the French government invoked a rarely-used clause in the constitution to impose the controversial bill.

“It is my duty to move forward and make sure this text is adopted,” Prime Minister Manuel Valls told parliament after an emergency cabinet meeting, prompting an onslaught of both boos and cheers.

‘Politics isn’t going to wait for you’: has Change UK missed its moment?