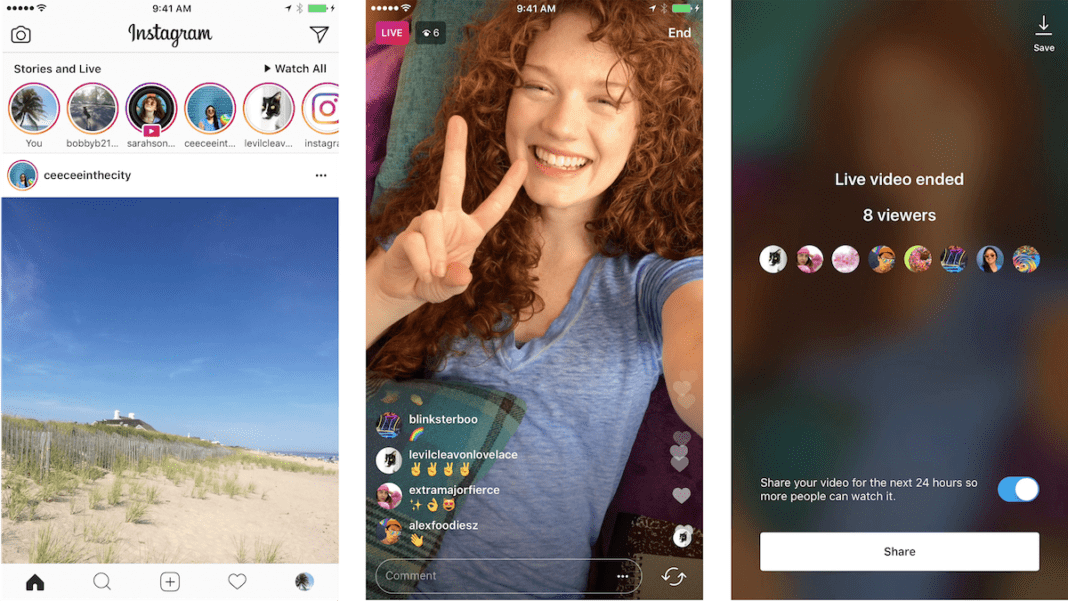 From new creative tools to location stories, weve been focused on making it easier to share any moment and uncover stories from the accounts and interests that matter most to you. Instagram tells me. As a result, we are continuing to see strong growth both in the U.S. and internationally.

Snapchats share price sunk immediately upon the announcement this morning, though has recovered slightly to be down 2.96 percent.

Meanwhile, Instagram is adding some flexibility to one of its only features that Snapchat lacks. Now when you finish broadcasting a Live video on Instagram Stories, youll have the option to share it to your story for 24 hours before it disappears or discard it immediately. Friends will see a play button on your Instagram Story profile bubble atop their feed if youve shared a Live replay.

Previously, all Live broadcasts disappeared completely when they finished. That made them feel raw, spontaneous and urgent to watch, but also made Instagram Live videos more inconvenient to view and easy to miss. The change could encourage more people to broadcast as theyll be able to opt for a larger audience by keeping the video around for 24 more hours.

The change eliminates a key differentiator for Instagram Live. Twitters Periscope originally only allowed replays for only 24 hours before making them permanently savable. Facebook Live lets you save and share your videos forever, too. That made Instagram Live feel special, because you knew you had to tune in immediately or miss the video forever. But at least the 24-hour window gives your closest friends who regularly watch your Stories enough time to watch.

The fact that Instagram has been able to grow Stories so quickly is proof of the missed opportunities for Snapchat. The LA startups myopic focus on cool U.S. teens left its app too difficult to use for older demographics, and without a sophisticated growth strategy abroad. Now Instagram is using the convenient design of Stories atop its globally popular app to push the Stories format to every kind of social network user.

This Week in the Future of Cars: There’s Gold in Them Thar Data

A look inside the Skopje startup scene