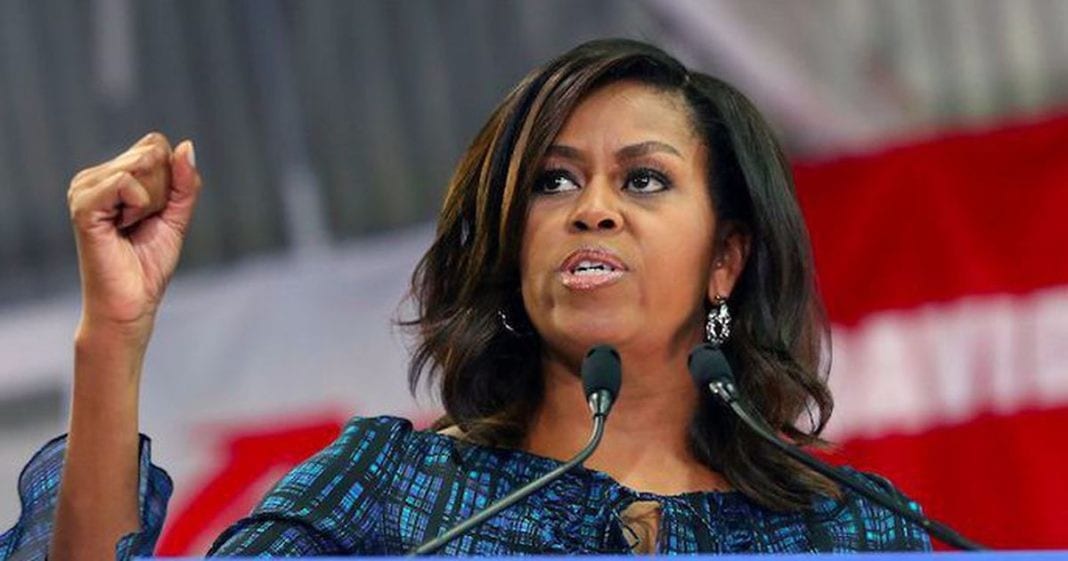 Michelle Obama doesn’t want to run for office. She’s said so repeatedly. But we keep on asking her anyway.

In the wake of Donald Trump’s shocking presidential victory, people are once again calling for Michelle to take a stab at the 2020 election just like they did after her moving speech at the Democratic convention and continued to do as she campaigned for Hillary Clinton.

I’m going to start campaigning for Michelle Obama 2020 now; I don’t care if she’s not going to run, she’s going to run.

But we don’t get to decide how or when Michelle Obama will use her talents no matter how many people think she’s the perfect potential president.

“She is as talented and brilliant a person as there is, and I could not be prouder of her,” President Obama said last month on the radio show Sway in the Morning. “But Michelle does not have the patience or the inclination to actually be a candidate herself.”

“I will not run for president. No, nope, not going to do it,” Michelle said at South by Southwest in March.

Can’t get much clearer than that, folks. It’s time to respect her wishes.

We don’t exactly have the best track record when it comes to respecting women’s career choices. At this point, Michelle is close to becoming a political iteration of The Daily Show‘s Jessica Williams, who endured constant pressure to replace Jon Stewart as host last year despite, well, just not wanting the job.

“I am truly honored that people love my work. But I am not yours,” Williams finally wrote.

And Michelle Obama is not ours either.

I am a black woman and I am a feminist and I am so many things. I am truly honored that people love my work. But I am not yours.

Of course, there’s hope for shattering the highest glass ceiling in 2020 even without Michelle at the helm. New York senator Kirsten Gillibrand, California senator Kamala Harris, Massachusetts senator Elizabeth Warren and Minnesota senator Amy Klobuchar have all been the subject of presidential speculation in the past.

Just be sure they haven’t already said “no” before you start your tweet storm.

Voice recognition technology is expediting the race to frictionless retail

Does Gillette know your name?