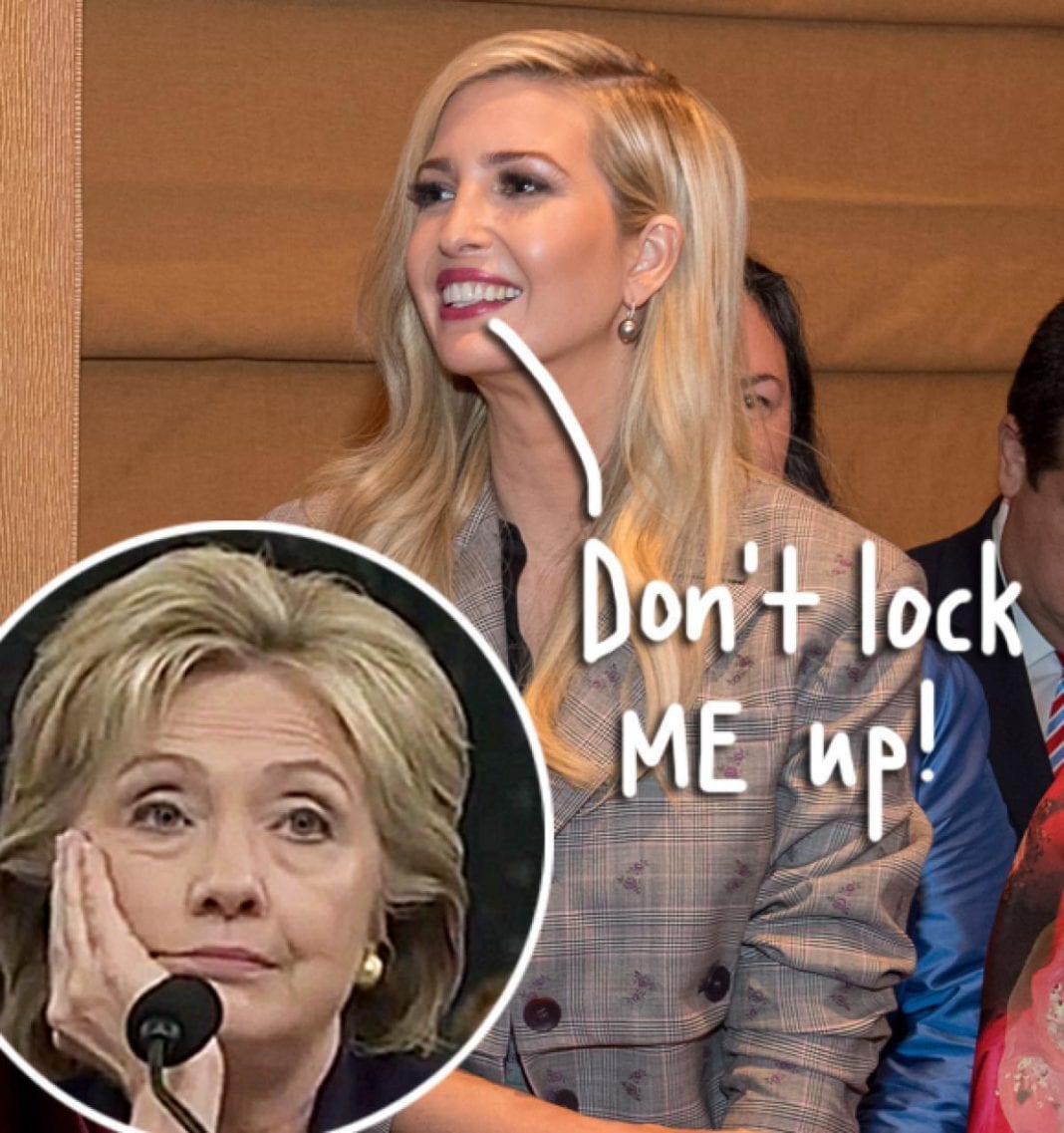 As we reported, The Washington Post claimed earlier this month that the 37-year-old broke federal records rules by using a private email account to correspond with aides, Cabinet members, and assistants. Many compared this to Hillary’s email scandal that was largely responsible for her losing the 2016 presidential election.

But on Wednesday, the White House adviser said there “really is no equivalency” between her private email use and Hill’s private server, because her emails are boring and have all been archived on the White House system. She explained to ABC News’ Deborah Roberts:

“All of my emails that relate to any form of government work, which was mainly scheduling and logistics and managing the fact that I have a home life and a work life, are all part of the public record. They’re all stored on the White House system. So everything has been preserved, everything’s been archived.”

Despite what The Post reported, the momma of three insisted she didn’t break any rules, noting that “there’s no prohibition from using private email as long as it’s archived and as long as there’s nothing in it that’s classified.”

She went on to claim that there was “no connection” between her email situation and her father’s political rival’s, seeing that Vank’s emails were on the White House server and she had “no intent to circumvent… nor was there anything of substance,” adding:

Right, and then we have work emails to coordinate with colleagues. It’s not that hard, girl!

The president’s daughter and adviser said that Hillary’s private email server, on the other hand, contained information marked classified by the State Department, and there were “mass deletions.” So, when Roberts asked the fashion mogul if daddy’s “lock her up” chant should apply to her, Ivanka proudly replied, “No.”

At least not for this particular email controversy.

Ch-ch-check out the clip (below) to hear Ivanka talk emails and make laughable claims that her father is trying to “lift” the country.

Russia sanctioned and SpaceX looks back to the stars: It’s The Daily Crunch

Zoe Saldana’s response to anti-immigration hate is a must-read.