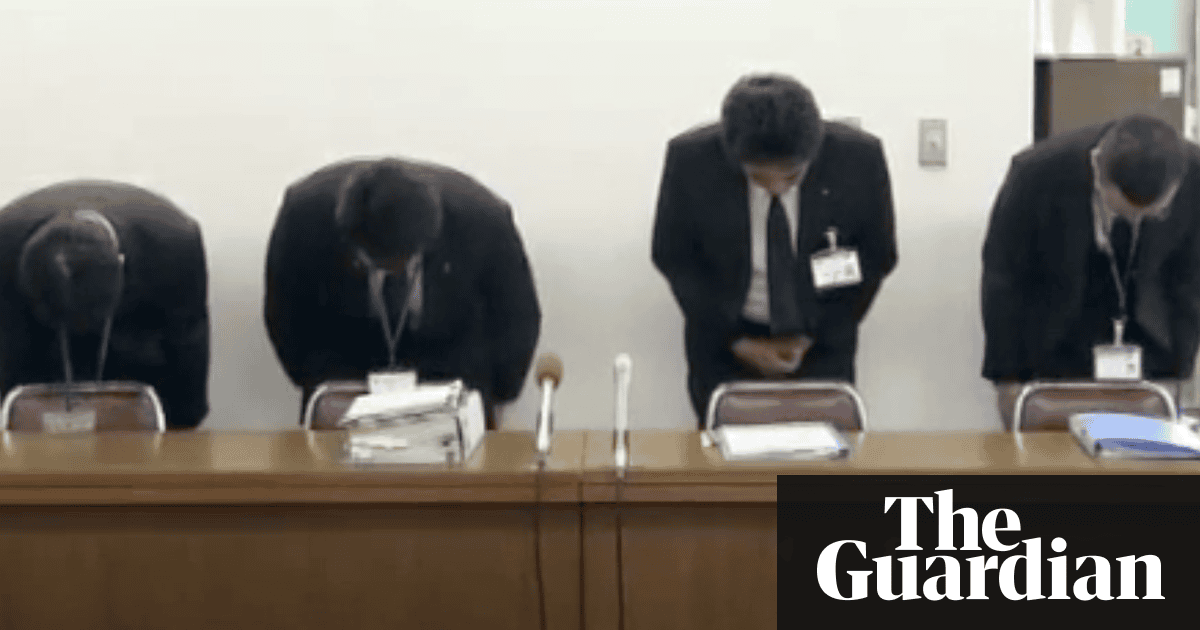 Japan’s commitment to addressing its dismal record on work-life balance has been called into question after a civil servant was punished for “habitually” slipping away from his desk a few minutes early to buy a bento lunch.

The 64-year-old, an employee of the waterworks bureau in the western city of Kobe, was fined and reprimanded after he was found to have left his desk just three minutes before the start of his designated lunch break on 26 occasions over a seven-month period.

Senior officials at the bureau then called a televised news conference, where they described the man’s conduct as “deeply regrettable” and bowed in apology.

A spokesman for the bureau told AFP: “The lunch break is from noon to 1pm. He left his desk before the break.”

The worker had violated a public service law requiring officials to “concentrate on their jobs”, according to the bureau.

Last month, the lower house passed a bill that caps overtime at 100 hours a month in response to a rise in the number of employees dying from karoshi, or death from overwork.

The government was forced to act following a public outcry over the death of Matsuri Takahashi, a 24-year-old employee of the advertising giant Dentsu, who killed herself in 2015 after being forced to work more than 100 hours overtime a month, including at weekends.

Takahashi’s case triggered calls to address a workplace culture that often forces employees to put in long hours to demonstrate their dedication.

In its first white paper on karoshi in 2016, the government said one in five employees were at risk of death from overwork.

Social media users leaped to the Kobe official’s defence, with one Twitter user pointing out that, on average, he had left his desk early just once a week.

Others wondered if the rule would be applied to people who leave their desks to smoke or go to the toilet.

Another said: “What about all the politicians who sleep in parliament? They ought to be fired, then.”

The official’s illicit bento expeditions were uncovered after a senior colleague looked out of his office window and spotted him walking to a nearby restaurant that sells takeaway food at lunchtime.

Senior management calculated how much time he had spent away from his desk and docked him half a day’s pay, according to Sora News 24.

The employee, who has not been named, reportedly said that he had left the office early to buy lunch because he needed a “change of pace”.

Kobe city recently suspended another official for a month for a similar misdemeanour, saying he had been absent for more than 55 hours over a six-month period.

Agence France-Presse contributed to this report.

Should Americas Tech Giants Be Broken Up?