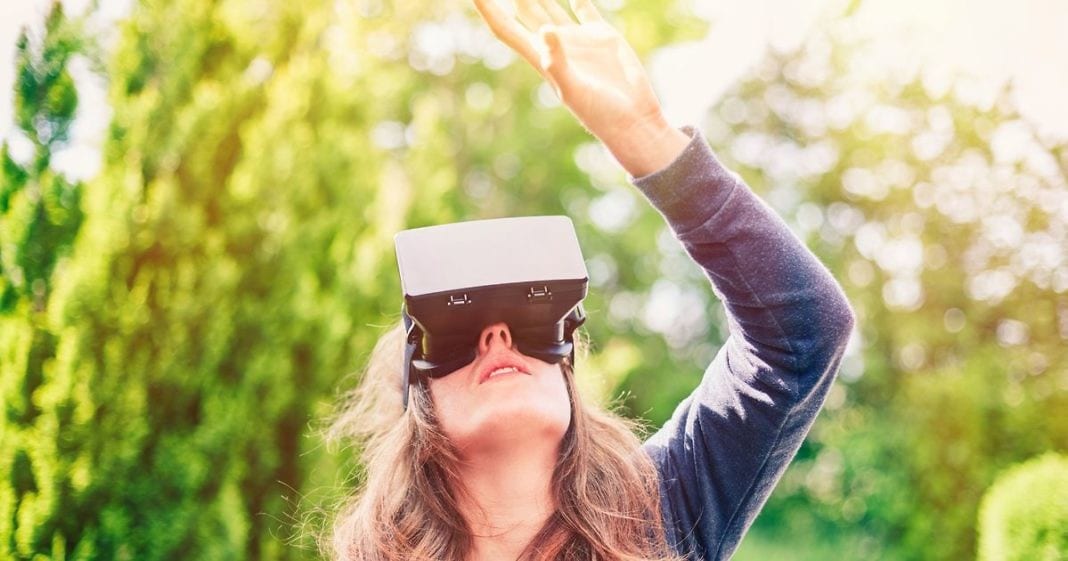 Whacking zombies with a giant sword, I felt the breeze on my face as I drove my Harley toTokyo VR Startups demo day last week. Within 45 more minutes I had toured Japans world heritage sites and flew through the city on a gravity defying, endless rollercoaster.

Just like the matrix, no one can tell you about VR, you have to try it yourself, says Tipatat Chennavasin of Venture Reality Fund, a US$50 million fund that specializes in backing virtual reality startups.

SEE ALSO: Its a good time to start up in Japan now. Heres why.

Tokyo VR Startups is Japans first virtual reality focused incubator and a subsidiary of gaming company Gumi. Gumi founder and CEO Hironao Kunimitsu sees VR as the next big platform and a huge business opportunity. Hironao put his money where his mouth is with Venture Reality Fund in which he and Tipatat are general partners and Gumi is a limited partner.

The six-month program ended last week. These are the five graduates.

Yomunekos game had me fist bumping my teammate and smashing glass spheres with hammers in a Portal-like escape puzzle game.

The game is compatible with the Oculus Rift and the HTC Vive but designed with the Oculus Touch controller in mind. The grip controller allows users to see their hands, making the hammers feel real. As a joke I walked over to my teammates avatar to virtually bump fists and was pleasantly surprised when the controller vibrated for feedback. That small gesture had me smiling the entire time and it became our ritual after completing each stage.

Having another person involved shows the true potential and social interactions possible with VR. Although still a prototype, Yomunekos game felt the most complete of the startups and is scheduled for release in November.

Its latest Resident Evil-like game ChaineMan had me running around whacking zombies with whatever I could find. Most objects disappear after one use so players have to plan their attack and escape routes to survive.

The game works with all of the latest headsets but I played using Sonys VR headset and controller. The Sony set up feels more like a video game. There wasnt quite the same satisfaction of stabbing monsters with my Playstation controller as compared to HTC Vives pressure sensitive grips.

The game is still at a very early stage.

Operators watch through a monitor and add extra movements like the acceleration of a motorcycle or the swing of a rollercoaster. I raced against three other riders on a horse while trying to keep my balance on a rodeo abs machine with water splashing on my face. Another ride had me flying through a city while sitting on a swing.

Hashilus has been working with major corporations in Japan like Recruit to bring its attractions to local and international events.

The company was born out of the desire to experience a dogfight as a famous Japanese Zero fighter plane using alternate reality. Japanese law prevents operating drones out of eyesight, but Icarus new project Elfly keeps the dream alive with its lightweight drone.

The custom built drone weighs less than 200 grams or about the same as an iPhone 6 Plus allowing it to be used remotely. The rotor blades are contained for safety and the drone features a 360-degree camera so the pilot does not need to worry about the direction of travel. It looks like a UFO, smiles CEO Hiroki Murashita.

Pilots can control the drone through a smartphone app or take a first-person view through a head-mounted display. Its maiden flight was successful at the demo day and the company hopes to start a crowdfunding campaign later this year.

Users add 360-degree video to the online software and then make hot links for navigating the VR space. Since launching late last year InstaVR is already being used by over 1,300 companies. Professional plans are available from US$199 per month.

I have to admit that playing with VR for a few hours left me a little nauseous, but Tipatat thinks simulation sickness has been solved with new displays and the ability to move along all the six axes. Performance is fast enough to trick the brain but people can still make poor content which makes you sick, he explains.

That being said, the experience is incredible. We might even be living in the Matrix already. Until you actually try VR you cannot imagine its impact on every industry. From games, to education, to doctors being able to practice surgery on a patient, everything will change.

Tipata, who solved his own fear of heights through VR, has personally looked at over 1,200 startups in the space. He is a huge evangelist of the technology. He says, VR is the most powerful medium we have ever created and it will transform our lives forever.

This article originally published at Tech in Asia here

And the winner of Startup Battlefield Europe at VivaTech is Wingly

The rise of ‘pseudo-AI’: how tech firms quietly use humans to do bots’ work

PSA: You can refuse to pay service charge at restaurants in this country