The Amazon boss became the worlds richest man on Thursday, but hes still looking for ways to do good with his money. He could start by improving the lives of his workers 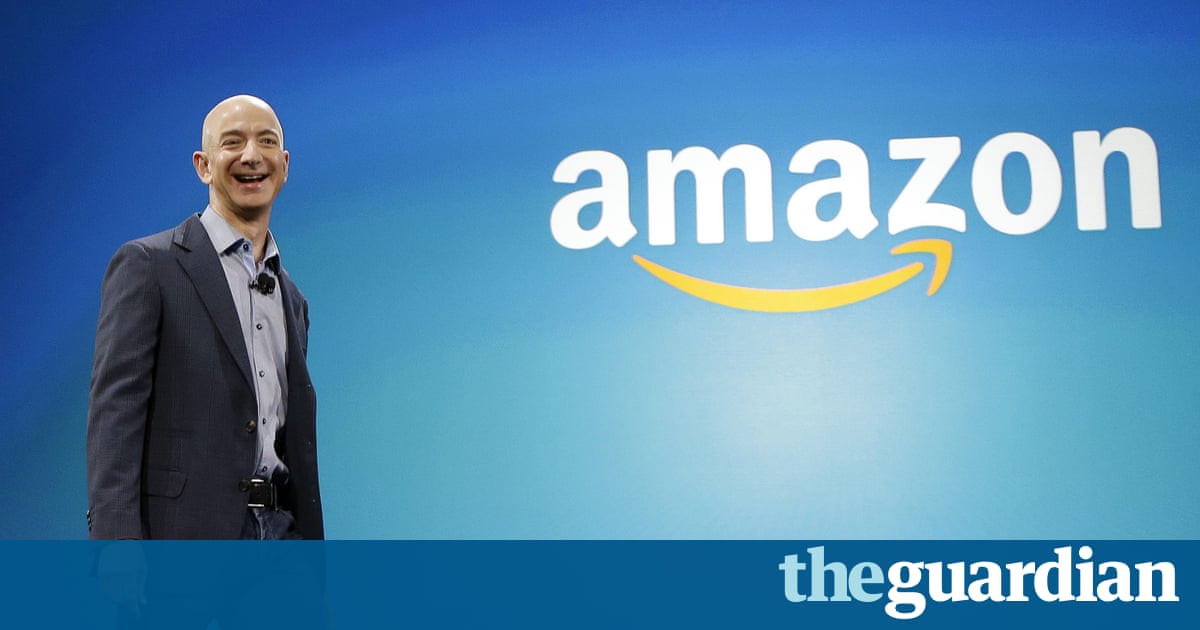 On Thursday, Amazon founder and CEO Jeff Bezos finally became the worlds richest man. But he still hasnt decided how to spend his money. Long known for being less charitable than other prominent members of the top .001%, Bezos recently hinted that he is finally looking for opportunities to put more of his money toward social good.

Bezos has long had a reputation for being unusually stingy, even for a multibillionaire. He is the only one of the worlds top five billionaires not to have signed Warren Buffetts giving pledge, and his philanthropic efforts so far have paled next to those of other prominent corporate titans like Bill Gates and even Mark Zuckerberg. Instead, he has used his money to purchase the largest luxury home in Washington DC (converting the 27,000 sq ft Textile Museum into a single-family residence). Unlike his brother, Mark Bezos, a volunteer firefighter who runs an anti-poverty organization called Robin Hood, Jeff has confined himself to a few highly idiosyncratic forms of charity, such as handing out free bananas on the streets of Seattle.

Yet Bezoss social conscience may finally be stirring. On Twitter, he recently indicated he was looking for suggestions on how he should focus his philanthropic giving. He quickly received all manner of ideas from the public, ranging from paying off student loans to stopping climate change to building data centers in Africa. Some even proposed saving the actual Amazon.

With 47,000 replies and counting, Bezos now has no shortage of ideas for how to shed his billions.

But, at the risk of overwhelming Bezos by offering yet another choice, there may be one, even more obvious target for his benevolence: his own employees. If Bezos is looking for a population in need of his support, Amazons workers perfectly fit the bill.

The companys treatment of its low-level warehouse employees has long been notorious. Stockers and packers often work 11-hour shifts and walk up to 20 miles a day. They are given forced overtime and left unpaid for required tasks. There is intensive surveillance, even of bathroom breaks, and weaker workers whose productivity lags are summarily fired.

The company is constantly letting people know that youre being watched, giving ominous warnings about the swift termination that follows any attempt to steal from the warehouse. And after losing a case that went to the US Supreme Court, workers remain unpaid for the portion of their days spent standing in line for mandatory security screenings.

For several years, Gawker compiled testimonies from people who had spent time in Amazon warehouses. The quotes were depressing: I have never felt more disposable or meaningless than I do at Amazon, said one worker. They do not care if you keel over on the line, reported another, who claimed to have observed multiple people pass out during their shifts. (Indeed, at an Amazon warehouse back in 2011, so many people were collapsing in the summer heat that the company hired ambulances to sit outside and wait for workers to drop.)

Conditions have been little better for the companys white-collar workers. A 2015 New York Times investigation found that Amazons corporate headquarters was a brutal place to work. Employees were intentionally pressed to their absolute physical limits, in a culture of ruthless competition and unreasonable demands for self-sacrifice. There was little sense of work-life balance, and workers are subject to intensive psychological pressure, toiling long and late being castigated for their shortcomings. Nearly every person I worked with, I saw cry at their desk, one employee said. (Amazon pushed back hard on the New York Times investigation, arguing it was full of mistakes).

In the wake of the Times report, a group called Former and Current Employees of Amazon (Face) formed in order to push the company for reform and attempt to form a union. A Face representative told me that while there have been a few changes in HR practices since the Times expose, Amazon is still Amazon, and people are still pushed to their limits.

All of this would be easy for Bezos to fix. He is infamous in his micromanagement, taking an interest in every aspect of the companys operations. As such, he can start by repairing his companys corporate culture. Employee welfare should be part of the companys leadership principles, not just demands for sacrifice and self-criticism.

In December, Amazon warehouse workers in Scotland were being paid so little that they were sleeping in tents to save money. Perhaps, now that Bezos has turned philanthropic, a little less of Amazons record revenues should go toward purchasing his luxury homes, and a little more toward ensuring that none of his employees spend a Scottish winter in a tent.

Most importantly, Bezos must stop opposing unionization attempts by Amazon workers. Unions are a critical way for workers to ensure that they have a say in how they are treated and compensated, and Amazon has fiercely opposed every effort at unionization among its employees. There is intense pressure from managers who hand out anti-union material, and the company has been accused of creating a climate of fear among those who attempt to organize, hinting that their work can easily be shipped elsewhere.

Time reported in 2014 that the company had crushed labor organizing, and since then efforts have largely stalled.

Amazons fierce opposition to unions shows that Bezos is unwilling to grant his workers any democratic input into the company they give much of their lives to. The way to ensure that workers arent exploited or mistreated is to make sure they are well represented in their negotiations with management. Opposing unionization means depriving workers of the power to bargain on terms of equality, and until Bezos softens Amazons anti-union stance, its impossible to believe that he truly cares about the interests of the nearly 350,000 people who work for him.

Its especially important for Bezos to think about the social good after his acquisition of Whole Foods, which will give him extraordinary power over a vast number of markets.

Bezoss reign as the worlds richest man did not last long. Amazons share price fell slightly by the end of Thursday, handing the title back to Bill Gates. But he has held onto his other title, the worlds stingiest man. If hed truly like to get rid of it, he could ask his warehouse workers for advice.

Charity, as they say, begins at home.