Bezos, whose wealth has risen by $20bn in five months, could take Bill Gatess crown within days if Amazon shares keep soaring 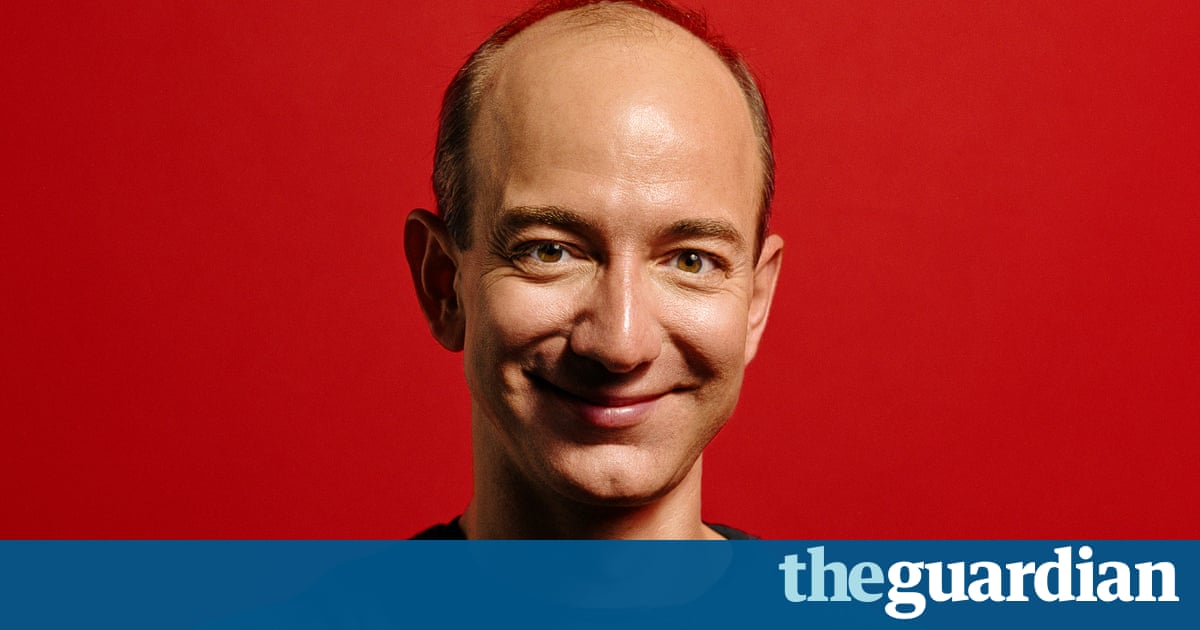 Just a few dollars more on the Amazon share price and the world will have a new richest man. Jeff Bezos, the companys founder, is on the brink of overtaking Bill Gates to become the wealthiest person on the planet.

Bezos, 53, has been having a very good year. His net worth has risen by almost $20bn (16bn) in the past five months to $85.2bn, putting him just behind Gates, the co-founder of Microsoft, who is valued at $89.3bn, according to the Bloomberg Billionaires Index.

Bezos fortune has soared thanks to a sharp rise in Amazons share price, which has gone up by one-third so far in 2017, valuing the company at $475bn and Bezoss stake of roughly 17% at more than $80bn. If Amazon shares continue to rise at the same pace, Bezos will become the richest person in the world within days.

The man who changed the way we shop is not a johnny-come-lately internet billionaire. Amazon was founded in 1994, when people still referred to the web as the information superhighway. But it is now the fourth most valuable company in the world behind Microsoft, Googles parent company, Alphabet, and Apple. Amazon is worth more than 30 times the stock market value of Tesco, Britains biggest retailer.

The business began with Bezos selling books from his garage in Seattle. Since then, Amazon has expanded into other retail categories, such as food, clothing and electricals, and developed a formidable cloud computing service, its own television shows and an electronic personal assistant for peoples homes.

In each annual financial report, Bezos reprints the letter he sent to shareholders in 1997, when Amazon floated on the stock market.

The letter lays out Bezoss approach to business and running Amazon. He pledges to focus on the long term and being the market leader, rather than short-term profitability considerations or short-term Wall Street reactions. He knows those reactions well, having worked on Wall Street for a hedge fund before founding Amazon.

Bezos has repeatedly told shareholders, analysts and staff that it is still day one for the company, despite the fact that it accounts for 43% of all online sales in the US, and his office at Amazons headquarters is located in a building called day one.

His 2017 letter began with an explanation of what day two would be for Amazon. Day two is stasis, he wrote. Followed by irrelevance. Followed by excruciating, painful decline. Followed by death. And that is why it is always day one.

To be sure, this kind of decline would happen in extreme slow motion. An established company might harvest day two for decades, but the final result would still come. Im interested in the question How do you fend off day two? What are the techniques and tactics? How do you keep the vitality of day one, even inside a large organisation?

The best way to protect the company, he said, is obsessive customer focus.

This focus has defined Amazon and Bezos, positively and negatively. While the company generated $136bn of sales last year, it has attracted criticism for seemingly sweeping aside small retailers and battering high streets around the world as it has expanded, and for the amount of tax it pays.

Bezos was born in Albuquerque, New Mexico, in 1964. Brad Stones definitive book on Amazon and Bezos, The Everything Store, revealed that Bezoss biological father, Ted Jorgensen, had no idea he was a multibillionaire.

When Stone visited Jorgensen, a unicyclist, unannounced, as part of his research for the book, he did not know who Bezos was or what he was talking about.

Bezos was born Jeffrey Preston Jorgensen to Jorgensen and Jackie Gise, who married as teenagers. Gise filed for divorce from Jorgensen when Bezos was 17 months old. In 1968, she married Miguel Bezos, who legally adopted Bezos as his son. Gise asked Jorgensen to stay out of their lives.

In an interview in 2014, after Stones book was published, Jorgensen said he was desperate to see his biological son, but Bezos had not been in contact.

Bezos has used the fortune built from Amazon to buy the Washington Post and invest in space travel through Blue Origin, a company he founded in 2000. The Amazon chief executive also invests in businesses through Bezos Expeditions, an investment fund that has bought shares in other successful internet startups, such as Airbnb, Business Insider and Uber.

Although Bezos has not signed the Giving Pledge, which was founded by Gates and Warren Buffett and commits signatories to contributing the majority of their wealth to charity, he and his family have made a series of significant contributions to philanthropic causes. For example, Bezos and his wife, MacKenzie, pledged $2.5m to supporters of gay marriage in Washington state as part of a referendum campaign in 2012.

And he has been dragged into national politics since Donald Trump became president because of a war of words between them during the election campaign.

Trump has accused Amazon of getting away with murder, tax-wise, and said Bezos was using the Washington Post for political influence. Trump pledged that there would be problems for Amazon if he were elected president, but has yet to specifically target the retailer.

Bezos attended a meeting between technology chiefs and Trump shortly after the US election last November, saying he was excited that Trumps could be the innovation administration.

But he is unlikely to feel the same now, and has pledged to legally fight Trumps attempts to ban travel to the US from several countries with predominantly Muslim populations.

Data is not the new oil

Cover collects $16M to insure your gadgets, pets… anything