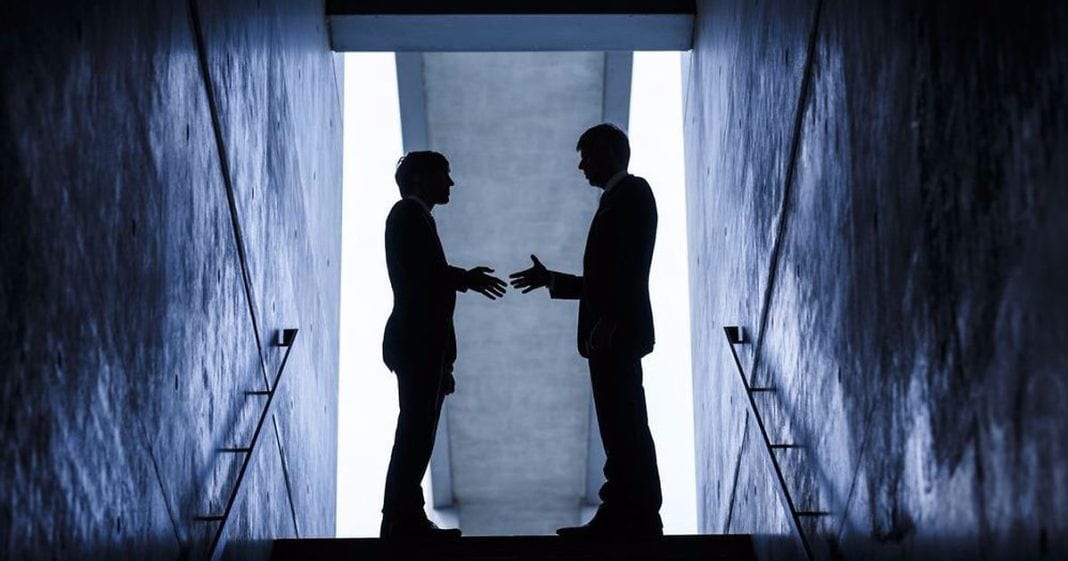 The election is over, and as we head into the holiday season, a lot of families are dreading the awkward conversations that may hover over the dinner table. Of course, families can take their time mending burnt bridges, but in the workplace, productivity can suffer as a result of higher stress.

Keeping drama out of the workplace isnt just about political differences. There are countless reasons why you and your co-workers might not get along. Perhaps Jim is always gossiping, or Lisa doesnt do her job.Occasional office squabbles are unavoidable, but there are ways to keep the workplace as close todrama-freeas possible.

In a perfect world, everyone would think exactly alike, right?Wrong. Its the sum of our differences that drives innovation and helps companies achieve greatness. So if its not our differences creating problems, what is it?

Sometimes people just arent the right fit for the team. When someone new gets hired, its often based on experience or skill set, and even the most qualified candidatemight not fitthe companys culture. Bosses dont always see the red flags of a drama queen or king. This is why its important to help new co-workers get acclimated to the climate of the office before raising your expectations after all, you wouldnt run to the chapel to exchange vows with someone on the first date.

However, maybe the problem is the culture itself. If leaderships expectations arent clear, employees may not fully understand their roles. Passion is necessary in the workplace, and its hard to be passionate about unknowns. Ambiguity breeds resentment, the shifting of blame, and other underlying causes of drama.

The dangers of the ‘rage quit’

Besides being a huge drain on productivity, workplace drama can damage your relationships with other team members.When teams are embroiled in drama, mistrust grows, tensions run high, and co-workers stop treating one another like teammates, neighbors and friends. With all that negativity in the air, any chance of collaboration goes out the window.

Nearly half of employees who voluntarily quit their jobscite stress as the reason, a natural result of a toxic work environment. By allowing negativity and stress to spread, employee retention can become a serious point of concern. Not only that, but a rise in negative reactions may cause you to get noticed by leadership and not for the right reasons.

Drama has to be resolved for the good of the company and everyone involved. But resolving drama takes actionable steps.

How to rid your company of drama

When we have teammates involved in conflict, we take time to hear both sides of the story and facilitate a mediation meeting. But the time spent on these mediations can be a drain on resources, so we dug further to find ways to proactively alleviate the sources of tension and drama.

1. Build a wall against negativity.

Discourage your teammates from engaging innegative conversations. These limits are important for establishing emotional, mental, and other boundaries and create a safe zone for everyone at work. People should be encouraging one another not the opposite.

If you do happen upon a negative water cooler conversation, dont engage. Piling on only exaggerates the problem and helps negativity spread. Instead, remember the golden rule, and dont be afraid to remind others in a polite way to watch their tongues as well.

2. Stick to facts, not fantasies.

If something doesnt seem right, figure out the who, what, when, where, why, and how before taking action. This is just basic parenting because lets face it grown adults sometimes act like children and need to be treated as such. If you cave every time one of them tattles, that behavior just gets reinforced.

The corporate environment is one of constant movement. Personnel, clients, processes, equipment, and even the job site itself is constantly in flux. By being transparent with your feelings and the state of your work as a whole, you can helpsatiate the needfor your co-workers to fill in the blanks with gossip.

3. Whistle a happy tune in your head.

This isnt rocket science. The workplace like everywhere in life should be centered on positivity. The spreading of happiness toward teammates and customers should be part of every companys goals because its part of the human condition.

According the the American Psychological Association,over $500 billionare shaved off of the U.S. economy due to stress. That means were all basically race cars running in the red, waiting to explode. Its only a matter of time before this bottled-up aggression explodes on the wrong person in the wrong way.

Focusing on happiness needs to be a priority for everyone. Smile, and the world smiles with you.
Its time to be proactive about getting your team together to talk outside of project-related discussions. By constantly looking for positive ways to reinforce strong relationships and communication, you can build a foundation of trust that will hold strong no matter what drama might be lurking around the corner.

Bottled air from Canada is selling like crazy in China

Trendy luggage brand Away packs on $100M, rolls past $1.4B valuation