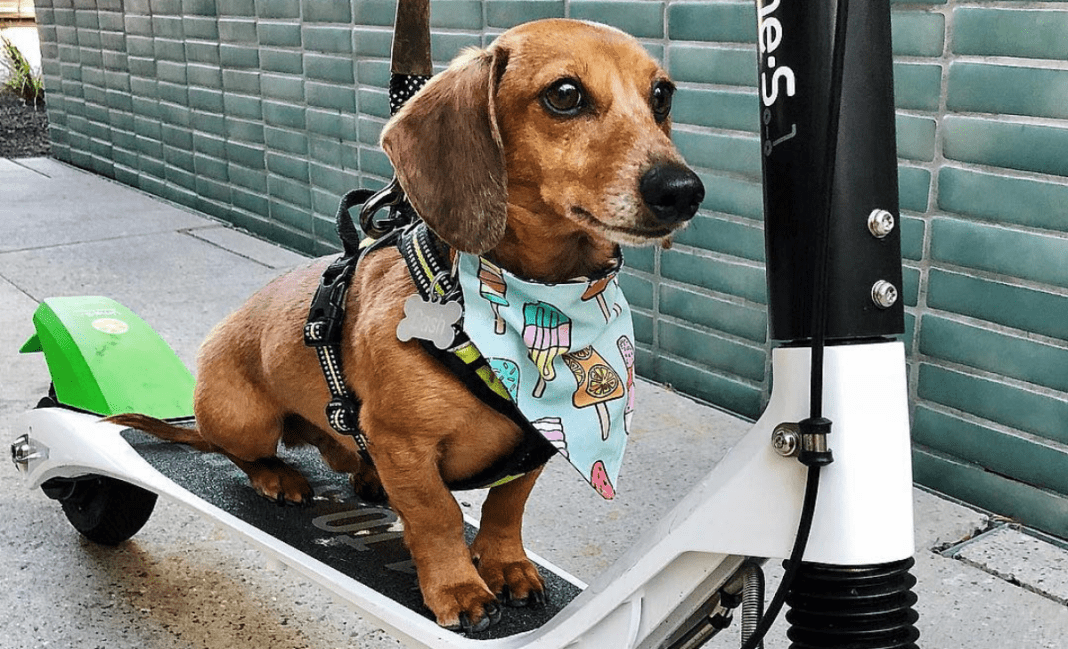 How can Lime differentiate its scooters and bikes from the piles of Birds and Spins filling Los Angeles sidewalks? Apparently with a physical storefront where it can convince customers of the wonders of on-demand mobility. According to a job listing from Lime seeking a “Retail Store Manager,” the startup plans to open a “lifestyle brand store in Santa Monica”.

[Update: Following the publication of this article, Lime responded to our inquiry, telling TechCrunch “In the coming year, Lime will be opening brick & mortar storefronts in major US and international markets, starting with Santa Monica, California. Locations will place heavy importance on community engagement, rider education, and brand experience.”]

Lime will rent vehicles directly from the store as well as charge them, with the full-time manager’s role including “monitoring inventory levels” as well as daily operations, and employee recruiting. They’ll also be throwing live events to build Lime’s hype. Given the company is calling this a lifestyle store, the focus will likely be on showing how Lime’s scooters and bikes can become part of people’s lives and enhance their happiness, rather than on maximizing rental volume.

A rendering of Lime’s new office it’s building in San Francisco. The design could hint at what Lime wants to do with its retail store branding.

TechCrunch has confirmed Lime’s plans for the store, and that the deal to build it came through Lime’s investor Fifth Wall Ventures that arranges partnerships between tech companies and real estate developers. As for what will happen at the store, Fifth Wall’s Adam Demuyakor tells me “There will be deployment of scooters, charging of scooters, and some sales of apparel and accessories that are related. There will be demos, tutorials, and presentations on how to be safe.” Growing Lime’s traction is critical to Fifth Wall, which led the startup’s $70 million Series B extension in February, and joined its $335 million Series C in July.

The big motive here is for Lime to repair relationships with the local community. Demuyakor tells me “when e-mobility companies appeared, some people really loved it, but some people said ‘you dropped a bunch of scooters on my sidewalk’” in what he called a “really irresponsible manner”. But with a physical store front, Lime will have human faces to push its side of the story. “Lime would have an opportunity to control the narrative, engage with the local community, and invest in Santa Monica. They can make it clear that they care about the constituency there . . . Educate them on the benefits, educate them on safety, and provide helmets.” That could counter the idea that scooters just get in the way and are an urban eye sore. “The narrative took on legs of its own” Demuyakor explains.

Fifth Wall worked on the Lime retail store deal with one of its core LPs, Macerich, the third-largest owner of shopping malls in the US. Lime will become the exclusive distributor of scooters at the Macerich-owned open-air mall Santa Monica place. The idea is that by linking up with Macerich, Lime will be able to deploy and charge scooters “where people are coming and going from the mall” Fifth Wall co-founder and managing partner Brendan Wallace tells TechCrunch. He explains that scooter companies have thought about expansion too purely from the standpoint of acheiving market saturation. “You have to partner with local organizations both public and private, and real estate organizations because real estate developers are typically the most politically influential.”]

The listing was first spotted by Nathan Pope, a transportation researcher for consultancy Steer, and later by Cheddar’s Alex Heath. We’ve reached out to Lime and will update if we hear back from the company. Glassdoor shows that the store manager job was posted more than 30 days ago, and the site estimates the potential salary at $41,000 to $74,000.

The sheer number of Lime scooters in Santa Monica where the store will arise is already staggering. Supply doesn’t seem to be bottlenecking as it is in some other cities. Instead, it’s the fierce competition from hometown startups like local favorite Bird that Lime wants to overcome through brick-and-mortar marketing. Often you’ll see scooters from Lime and Bird lined up right next to each other. And with similarly cheap pricing, the decision of which to use comes down to brand affinity. According to Apptopia, Bird’s monthly U.S. downloads surpassed Lime’s in July for the first time ever, despite Lime offering bikes as well as scooters.

There are plenty of people who still have never tried an on-demand electric scooter, and going through the process of renting, unlocking and riding them might be daunting to some. If employees at a physical store can teach people that it’s not too difficult to jump aboard, Lime could become their default scooter. This, of course, comes with risks too, as electric scooters can be dangerous to the novice or uncoordinated. More aggressive in-person marketing might pull in users who were apprehensive about scooting for the right reason — concerns about safety. And there’s also the issue of overhead costs. Beyond charging and repair facilities near its major markets, brick-and-mortar stores could crank up the burn rate on Lime’s $467 million in funding.

As cities figure out how to best regulate scooters, I hope we see a focus on uptime, aka how often the scooters actually function properly. It’s common in LA to rent a scooter, then discover the handlebar is loose or the acceleration is sluggish, end the ride and rent another scooter from the same brand or a competitor in hopes of getting one that works right. I ditched several Lime scooters like this while in LA last week.

Regulators should inquire about what percentage of scooter company fleets are broken and what percentage of rides end within 90 seconds of starting, which is typically due to a malfunctioning vehicle. Cities could then award permits to companies that keep their fleets running, rather than that litter the streets with massive paper weights, or worse, vehicles that could crash and hurt people. Scooters are fun, cheap and therefore accessible to more people than Ubers, and reduce traffic. But unless startups like Lime put a bigger focus on helmets and cautious riding behavior, we could trade congestion on the roads for congestion in the emergency room. Hopefully the retail store will drive closer ties between Lime and city governments to prioritize safety.

This article has been updated to include Lime’s statement as well as comments from Fifth Wall Ventures.

The 10 benefits and policies any modern workplace should have