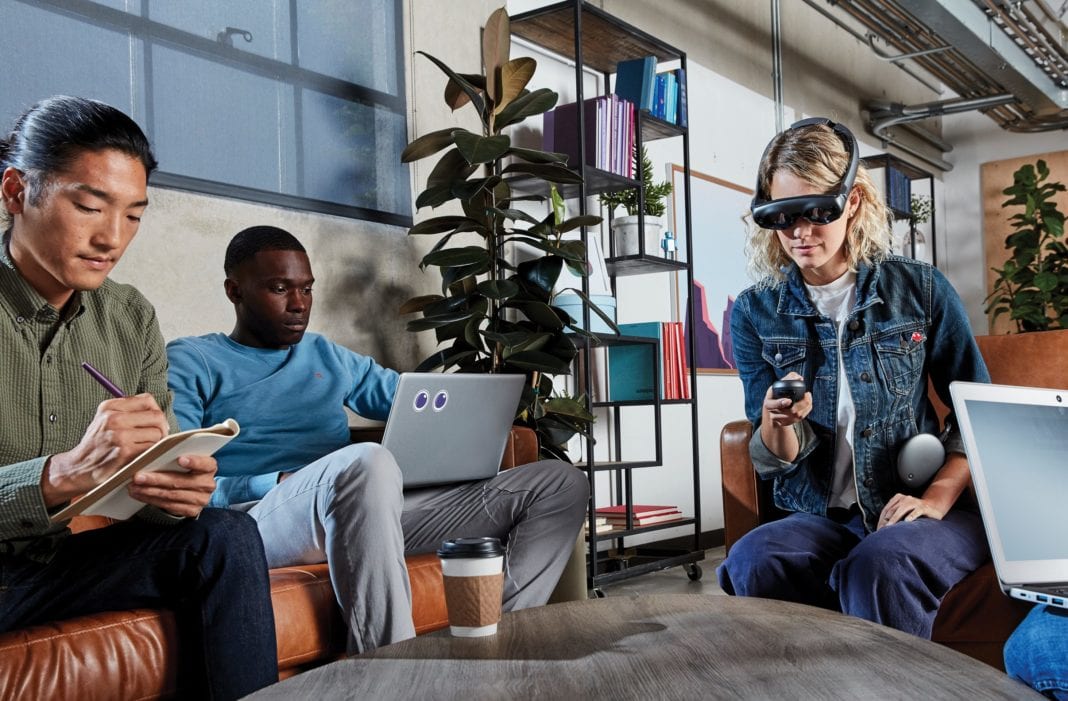 Very rarely does an early technology garner such an air of inevitability like AR has in the past few years.

2018 was supposed to be a year where the foundational tech for augmented reality was built out a bit and the industry took a couple big leaps. Things started off well-enough, but momentum really doesn’t seem be on the side of some of the industry’s heaviest hitters heading into 2019, suggesting that life for earlier-stage startups may not be much easier.

There are plenty of reasons to be long-term bullish on AR, but the time horizons some have espoused seems to be bogus and pitch decks organized around a near-term spike in phone-based or glasses-based users are going to have a tougher time being taken seriously in 2019.

The ghost with the most

For all of the AR advances made this year, the company most emblematic of AR’s numerous challenges was clearly Magic Leap .

The company spent the past few years trashing industry standards and lauding their own approaches with braggadocio, but ended up releasing a product that largely iterated on its competitors. With the release of their “developer kit” this year, a product that clearly seems to have stopped being a first-gen product only when the reality of the climate availed itself, the startup seems to be finding that optics and infra progress is going to come more slowly than foretold.

I’ve talked to more than a few people who think Magic Leap hindered progress in the AR industry by siphoning investor attention and discouraging other hardware startups from joining the fray in the face of a billions-backed unknown. But in 2019, there are fewer available plays for the funding juggernaut. They spent years trying to distinguish themselves from the corporate mission of Microsoft and their HoloLens headset; now it seems they’ve begun to see that the only hope of justifying their sitting valuation in the next few years is enlisting support from the big customers that MSFT is chasing, as opposed to single-handedly birthing a consumer market. Magic Leap recently lost a bid to Microsoft for a $480 million military contract to outfit troops with AR headsets, and as Microsoft prepares to release a second-generation HoloLens with the enterprise in full concentration, it seems like Magic Leap is going to reshuffle its deck.

The consumer appetite for phone-based AR content is obviously lacking. Even Apple’s reality distortion field isn’t enough to convince people that its ARKit releases have led to anything other than some weird experimentation for iOS users. Few Android OEMs are boasting about compatibility with Google’s ARCore platform anymore, suggesting that approachable hardware standards for device makers wasn’t all that was missing from the failed Tango brand.

The most apparent mobile AR opportunities are probably in user-generated content, but there seems to be a disconnect between platforms and users in terms of how complex these AR experiences can and should become. At this point, selfie masks still seem to be at the edge of users’ comfort levels, leaving a lot of solved tech problems stuck in limbo waiting for a problem that makes them worthwhile.

Niantic is probably one of the most revenue-heavy startups dabbling in phone AR, even if it is a bit of a false idol for the industry. Nobody seems to think of Niantic as a capital-A augmented reality startup, but it’s clear that the team behind Pokémon GO sees the technology as a not-fully-tapped reservoir of potential for future gaming experiences that feel more social and more immersive than any mobile RPG that’s sucking up the majority of your playtime today. The company’s new Harry Potter title still doesn’t have a release date, we haven’t seen any gameplay, but we do know that AR plays a part in the title in some capacity. We’ll see if they figure out things the rest of the industry hasn’t.

Part of this broader content pain is the fact that some known platform fundamentals are still getting tackled. In 2018, the startups in AR that were raising the most buzz were so-called “AR cloud” startups, teams that were largely focused on solving more fundamental back-end problems around localization and mapping. It turns out “simple” problems like getting a bunch of users in a single session or keeping track of objects you’ve moved around between sessions are actually incredibly complex.

6D.ai is building AR tech that crowdsources a 3D mesh of the world

A big issue is that AR fundamentally relies on a level of spatial understanding that goes far beyond grasping geometry. For all the ground that has been traversed by computer vision researchers this year, issues like segmenting environments by objects and accurately identifying them are still in the earliest stages. When you think of AR tech as a subset of vision problems, you realize that products today are being approached in a kind of bizarre manner.

Google has been making worthwhile movements in proliferating their Lens computer vision engine across new apps and devices. In a very roundabout way, the company seems to have come to the worthwhile perspective that mapping an environment spatially doesn’t really help that much if you can’t parse the contextual nuances of what the camera is actually looking at, as well.

A lot of the AR startups in this space have raised some cash on the backs of the smartphone AR trend and the hundreds of millions of potential users, but it still seems pretty dubious whether this market has legs. Fortunately, most of these solutions have wide applicability across future industries like robotics and autonomous vehicles, helping computers interface with the real world through visual and geographic cues, but their utility might not be as ripe as they’d hope.

This is an area where Magic Leap could be poised to find some relatively near-term success. The startup’s top brass spent a hefty amount of time at their developer conference talking about the “Magicverse,” basically their vision for bringing localized AR layers onto geographic spaces where users with Magic Leap glasses could observe the content. Without having taken a peek at the tech they’re working with, their biggest advantage seems to rely on their partnership with AT&T, which is poised to start working more seriously with 5G in 2019.

The back end still remains a much more exciting market than hardware in 2019, but there may still be some interesting movement with devices this year. I don’t trust most of the predictive data that exists surrounding headset sales, so I’m not even going to reference it; suffice to say that AR headset sales aren’t going to explode anytime soon. 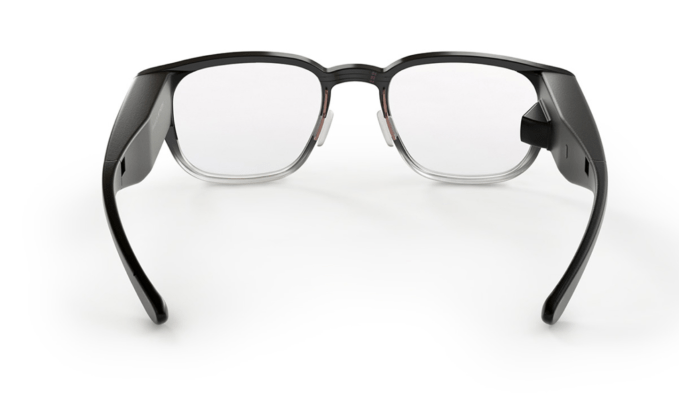 One trend that I am curious to see shake out is the more simplistic version of AR where the glasses basically just offer users a heads-up display for notifications and lightweight apps.

Companies like North and Vuzix have been talking a lot about their work here. Apple’s rumored AR glasses have been talked about for ages at this point, with 2020/2021 seeming to be the rumor mill sweet spot for a release time frame. If that’s the case, I’d bet it falls more into this design ethos than a HoloLens type device. The hardware just isn’t small enough yet, but it is getting close, and there could be some interesting early ground that the industry could gain by moving in more heavily on traditional wearable use cases — though high component costs will be an early limiter as well.

This is probably a hardware space Snap has their eyes on; Spectacles jogged a lot of the current thinking on glasses-type wearables, but at this point, the company needs something that has wide appeal and can feed users back into its own app. The company isn’t in a position to hock something with razor-thin or non-existent margins, and it doesn’t gain that much from a product that sells a few thousand units in terms of building its platform.

For the Facebooks and Apples of the world, immediate market conditions and user interest obviously hold a different weight. U.S. investment firms with good track records spent a lot of time this year rejiggering their expectations for their first waves of investments. For the more ambitious privately held AR startups of the world, there’s probably going to be an issue with raising capital this year, as a lot of the top hardware companies have been seeking more free-flowing late-stage cash from Chinese firms, which have been growing harder to pin down as the trade climate worsens. This is going to be a problem for hardware companies especially.

For the most part, the BS is going to continue to get easier to parse this year.

Platform plays are going to have to dial in their target audience a bit more than “everyone with an AR-enabled phone”; more realistic expectations are something the industry should benefit from. ARKit and ARCore are going to level-up and game engine-makers are going to get better solutions for AR content creators. Back-end vision challenges are going to get solved and enable things like more seamless multi-player, but there are plenty of reasons why these tech problem solutions won’t lead to big changes in user behavior. Users failing to take off in the second year of some of these big platforms probably won’t dissuade Apple, but it definitely will dissuade some investors from continuing to bet big on the near-term future of mobile AR.

How to facilitate the path to brownfield IoT development

A Forgotten War Technology Could Safely Power Earth For Millions Of Years. Here’s Why...