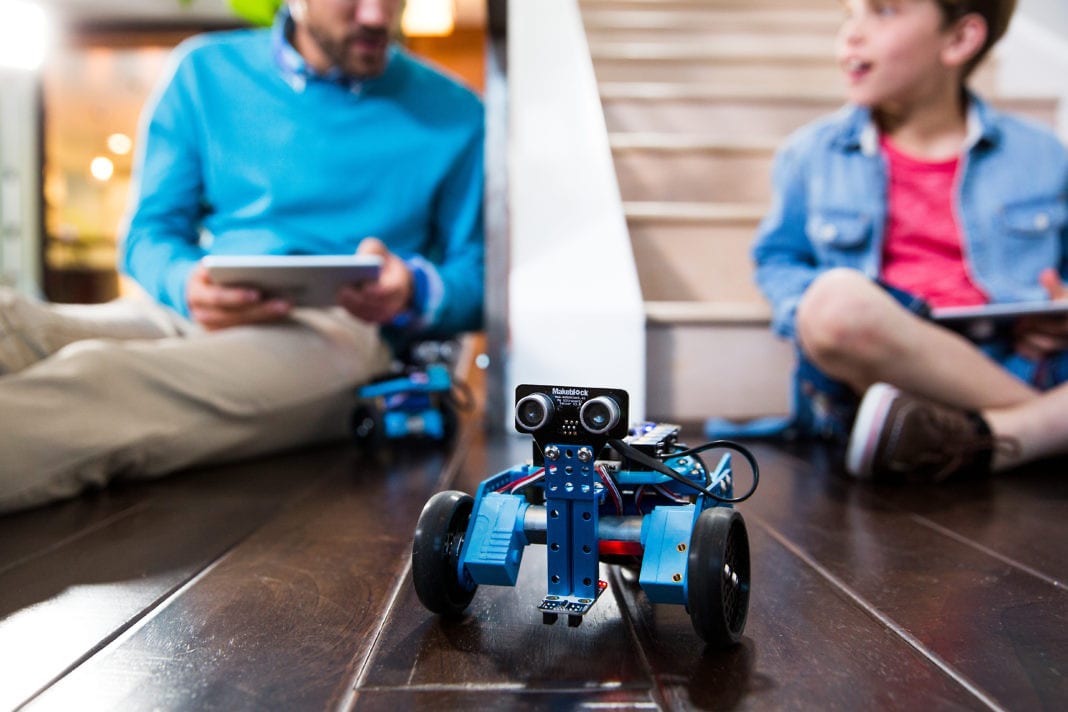 Remember when kids could simply play with their toys? They still can. But parents are increasingly spending on toys that are chockablock with tech components, and that promise to turn their kids intosoftware developers or robotics engineers. TheToy Industry Association, which held its International Toy Fair in New York last month, has even identifiedrobotics-education asa major trend for the market in 2017.

Now, a Shenzhen-based startup called Makeblock has raised $30 million in Series B venture funding to serve all those parents withprogrammable robots, and robot-building kits for kids and teens. Makeblock claims it has customers in 140 countries and products being used by educators in 20,000 different schools worldwide today.

The startups best-knownproducts include programmablerovers in the mBot series, and the Airblock, a modular toy drone that even beginners can assemble.But the company offers a very wide variety of techie toys,including some that are more whimsical.For example, itsMusic Robot Kitincludes a xylophone, and a motorized hammer. If built and programmed successfully, itcan play a certain score, or users can bang out notes from a remote PC keyboard.

The Airblock drone kit was designed to help beginners get into aerial robotics.

Makeblock uses a graphical programming environment to turn code writing into something of a game. Beginners never have to writeand edit code to issue commands to their robots. They just have to place game pieces on a screen in a certain order.

Evolution Media China and Shenzhen Capital Group led the investment in Makeblock. The capital should help the startupcompeteagainst a wide variety of tech toy makers that sell kits and apps which teach kids some programming fundamentals. Competitors includeLittleBits, SparkFun, ArcBotics, Flybrixand even the makers ofrobots that are programmable out of the box like Wonder Workshop and Ozobot.

MakeblockCEO Jasen Wang said he grew up in a village without a lot of money or technology. He personally only touched a computer himself for the first time in college, learning to code relatively late in life. But his passion for technology made him want tobring more young studentsinto the maker movement, which is why he started Makeblock in 2011.

The company plans touse its funding for hiring, new product development, manufacturing and international expansion. Among other things, it plans to open an office in the US.Investors see the possibility for the birth of a next-generation Lego in Makeblock, the CEO said.

To boot, mergers and acquisitions have been robust in the juvenile products industry in recent years, with toy companies oftenacquiring teams or businessesto move in marketswhere they are not already expert. In other words, the prospects for an exit look good even for companies thatmay not hold out for an IPO on a majorexchange.

SpaceX’s booms and busts: spaceflight is littered with explosions and disasters

Are drones actually a sector or just another layer in the enterprise SaaS stack?