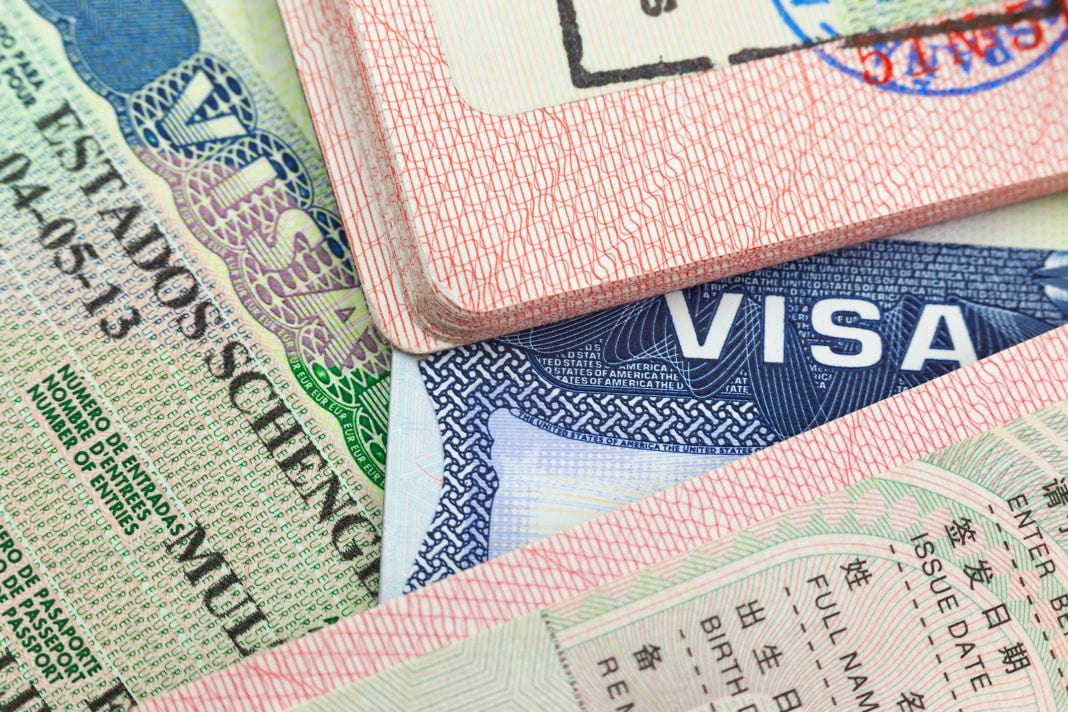 Elmira Bayrasli is the co-founder of Foreign Policy Interrupted and the author of From the Other Side of the World: Extraordinary Entrepreneurs, Unlikely Places.

After trying and failing to get their startup Udemy, an online education platform, off the ground in their native Turkey, Eren Bali and Oktay Calar headed to the United States in 2009. Both knew that in the U.S., specifically Silicon Valley, they could gain the support and traction that Udemy needed. Yet Udemy was not enough to gain them entry into the country: The United States does not have a visa specifically for entrepreneurs eager to launch businesses.

Instead, Bali and Calar applied for jobs with tech firms that sponsored them for H-1B visas. Both worked atSpeedDate, an online dating platform, during the day, while working on Udemy after hours. Yet it was when Bali and Calar were ready to leave SpeedDate, having raised funds to formally make a go of Udemy in 2010, that they got stuck. Leaving SpeedDate meant giving up their respective H-1B visa status. Bali and Calar applied for an H-1B through Udemy. Balis was accepted; Calars was rejected. Bali could stay in the U.S. Calar had no choice but to return to Turkey until a new H-1B was approved.

It was a difficult arrangement, Bali told me. Still he and Calar made it work. To date, Udemy has raised$173 millionand employs around 250 people. Its platform is used worldwide and poised for further growth.

Immigrants have played an important role in boosting Americas economy. They have founded iconic companies such as Proctor & Gamble, Kraft, AT&T and, more recently, eBay, Facebook, Google and SpaceX. More than one-third of 2015s Fortune 500 companies are connected to an immigrant entrepreneur. Twenty-five percent of the U.S.-based startups valued at a billion dollars or more, popularly referred to as unicorns, have an immigrant behind them. Together, these companies are worth $70.9 billion.

It is time to re-evaluate the U.S. immigration system to create more opportunities for entrepreneurs abroad to come to America for the specific purpose of starting a business. Specifically,Congress needs to pass a permanent visa for immigrant entrepreneurs.

On August 26, President Obama made good on a long-awaited promise: The White House announced plans for a newInternational Entrepreneur Rulethat would allow some immigrant entrepreneurs to work legally in the United States for up to five years. Originally promised in his executive actions on immigration from November 2014, the proposed rule marks an important step forward in maximizing the economic potential of immigrant entrepreneurs in the United States.

However, the rule has limitations chiefly, it could be changed or revoked under a new White House administration in 2017. It falls to Congress to build permanent channels visas for immigrant entrepreneurs after failing to do so for years.

Only Congress can legislate permanent solutions for immigrant entrepreneurs.

Since 2010, Congress has been presented with several draft Startup Visa bills. None have been debated or put to a vote. Politics has gotten in the way.

The startup visa has fallen victim to the larger discussion about immigration and, particularly, the larger question of security. Indeed, the U.S. determines who may or may not enter the country on criteria that prioritizes security whether the applicant is perceived as a threat or not over skill and any potential economic value-add.

Other countries recognize the importance of immigration to economic growth. Australia, Canada, Chile, France, Germany, Ireland, Singapore and the United Kingdom all have startup or entrepreneurship visas that encourage individuals eager to set up a business to immigrate to their respective countries.

And why wouldnt they? Immigrants are twice as likely to start businesses as their native-born peers. In a2007 study, AnnaLee Saxenian, the dean of the University of California at Berkeleys School of Information, and entrepreneur and author Vivek Wadhwa found that more than half of Silicon Valley startups had one or more immigrants as a key founder.According to Inc., in 2012, immigrant-founded engineering and technology companies in the U.S. employed 560,000 and generated $6.3 billion in sales.

Across the United States, local governments have begun developing their own initiatives to reach out to entrepreneurs. Massachusetts launched theGlobal Entrepreneurship in Residenceprogram, which allows entrepreneurs to build businesses while maintaining employment at local universities. Michigan aims to keep more of its international science, technology, engineering and mathematics (STEM) students with aGlobal Talent Retention Initiative. Cities such as Cleveland, St. Louis and Detroit have programs to help immigrant entrepreneurs cut through red tape.

But within the context of national immigration policy this is not enough. States do not determine immigration policy. Only Congress can legislate permanent solutions for immigrant entrepreneurs. While Speaker of the House Paul Ryan has indicated thathis chamber wont take up the issue of immigration reform until 2017, Congress can and should move forward with other legislative proposals that would build both channels for and pipelines of immigrant entrepreneurs.

As I recently argued in apieceI wrote for The Chicago Council on Global Affairs, Congress can (and should):

When talking about the impact of immigrants on the United States, President Lyndon B. Johnson noted, The land flourished because it was fed from so many sources because it was nourished by so many cultures and traditions and peoples.

Entrepreneurship and immigrants have been a critical part of the American economyand prosperity. It is vital that we continue to find ways to welcome them.