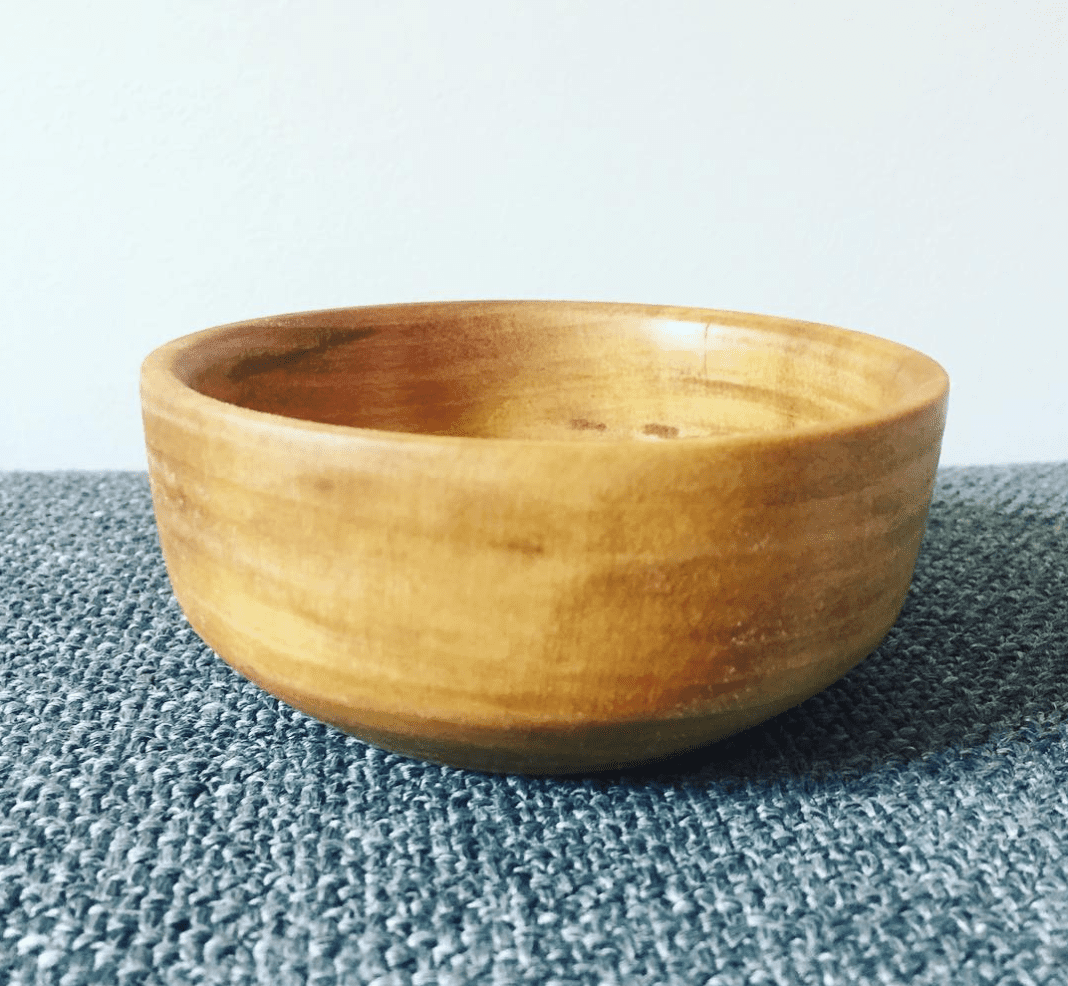 Last week, Mashable laid off 30 editorial staffers, and made a company-wide pivot towards the video and television business. The move follows the announcement of a $15MM venture capital infusion by Turner Broadcasting and friends, bringing total investment in the company to $46MM.

In many ways, Mashable was a harbinger of the media industry today starting in 2005 as a social-media and tech-focused blog, and gradually building massive presence through social networks. Before Buzzfeed and Vox, before Upworthy and Mic and Bustle and Elite Daily and Distractify, First Look and Fusion, there was Mashable.

Mashables raise-layoff-pivot chass may also prove a harbinger of whats to come for venture-backed publishers. As Facebook-driven hockey-stick growth flattens, many of these companies will face the same tough choices as Mashable. The high-level story, as told in the prior three paragraphs, will be well-understood through the coming pivots, layoffs, raises and acquisitions. What is less well understood is the internal dynamics of the venture firms in the background, and how these dynamics can be real drivers of strategy. I should know from 2008 – 2010, as part of a media startup that significantly over-raised, I watched these dynamics play out first hand. A nuanced knowledge of how venture capital really works is priceless to employees of these companies, and useful for those observing the industry.

The Fundamentals Of Venture

Lets start with a basic sketch: Venture Capital firms (VCs) are professional investors. They invest the money of pension funds, university endowments, sovereign wealth funds, and wealthy individuals together called the Limited Partners (LPs) of the fund into startup companies. The LPs goal is a good return on their money. Given the risk of investing in startups, the expectation is VCs will beat the stock market by at least 5%. To make this math, a VC must grow the fund by 3-5x over 7-10 years. So if I give a VC $100, they should give me at least $300 back in 10 years.

Thats not easy, but heres how they do it: VCs know that historically, venture capital investing follows a power law. This is a fancy way of saying that a very small number of the companies they invest in tend to make enormous amounts of money, while the rest make nearly none. VCs call these winners fund makers. A 1x fund maker is a company that alone returns the whole value of your fund. In the case of a $100 fund, this one company alone grows to be worth $100. A 1.3x would be a $130 company, a 1.7x is $170. Facebook was a 7x fund maker for their main venture partners. Now because a VC has to return 3-5x of the fund total, you can see how they can do it with only one, two, or three big winners. These 1-3 big winners are all that matter to the VC.

This dictates what VCs look for in companies. An early stage investor with $100 might make $10 investments in 10 companies. She only needs 1-3 of these companies to become fund-makers, worth $100 or more. So, she invests with the expectation that each of her companies has the potential to grow 10x on her $10 investment.

Now lets say one of these companies is doing well. A later stage investor is needed. He has $500 to invest in 10 companies. He needs 1-3 of these companies to grow his stake to a $500 value to make his fund. If they take his investment, now the company must become another 10x more valuable to make everyone happy. The goalposts are pushed back by the second investment.

Lastly, VCs are businesses, and they need to keep investing to stay in business. This means they need to consistently invest funds and raise new ones generally investing each fund and raising a new one every 3-4 years. As this cycle goes on, LPs look to past returns as an indicator of whether they should continue to give money to the VC. Toward the end of the 7-10 year investment cycle of a fund, VCs are understandably antsy to show investors their 3-5x return.

What VC Math Means For Media

Its clear that VCs want companies that can grow 10x+ quickly, and they are willing to bet on many losers to find those winners. Traditionally, these companies relied on breakthrough technology or defensible network effects. Do todays media companies fit the bill?

The answer is: sort of. Digital media companies have disrupted their traditional counterparts, sucking up magazine readers and idle time, and doing so at a much lower cost. But they are also comparatively easy to replicate if its easy for one new site to grow to 50 million uniques on low-cost Facebook content, its easy for another. Theyre dependent on social networks for traffic. And they are hard to scale on the revenue side.

The core challenge for this crop of media startups is that industry-wide user growth and revenue per user have an inverse relationship. The easier it is to capture users and the more everyone is doing it, the less each user is worth to advertisers. Demand for ads is relatively fixed, while these startups have exploded the supply of ad space.

Some of these companies have been acquired for their user growth alone, or with some revenue but at a significant (10x!) premium. The rest must either play musical chairs for the remaining potential user-growth acquirers (of whom there are few, meaning a buyers market), or they must start growing revenue. Its on this latter path that the VC math comes into conflict with the nature of media businesses. Not only is ad sales in the midst of a deflationary trend, sales also take much longer to grow than the VC model allows for.

A fair valuation for a growing digital media company might be 5x revenue, which is about what established digital brand The Onion got from Univision. Mashable has raised just under $50mm in venture capital, suggesting the VCs are hoping for a $350 – $500mm exit. That could require as much as $100mm annual in revenue in the next 4-5 years. Thats not impossible, but it would require 25%+ growth every year in a tough market. Other sites may be in worse shape Mic has raised $32mm and reported less than $10mm in revenue last year, meaning they could require over 60%+ yearly revenue growth for 5 years straight to get where they need to be for a happy exit. Over the same period, non-video display ad spending is projected to grow only 9-12% per year, and most of that growth is just Facebook. 25%+ growth rates with stagnated traffic will prove challenging.

This challenging VC-driven math explains a lot. One sign that needed revenue growth is hard to come by is the birth of content studios at all these companies. What this really says is we cant sell (high-margin) ad space anymore and grow as much as we need to; we need to offer (low-margin) creative services to bring on that growth. The math also explains attempts to build and license in-house technology, pivots into video, and additional capital raises. Facing this math, its no surprise that Mashable missed their revenue goal, couldnt find a buyer at the right price, hunkered down with more VC and laid off 30 employees.

Misaligned Interests And A Vicious Cycle

When a VC and a startup hook up at the beginning, their interests are aligned to the best possible outcome: killer growth and a big, quick exit. As time goes on and reality intervenes, those interests can become precariously misaligned. The VC needs a big exit but can accept failure; anything that doesnt make their fund is hardly worth their time. The company, on the other hand, wants first to survive! They certainly prefer a lower-price strategic sale, or a 15+ year development period, over failure.

The VCs exert control in direct and indirect ways. Directly, they sit on a board that controls the company together, all the VCs may have enough votes to block major decisions. (Even high-level employee compensation at most startups is subject to board approval.) Investors can say no to a sale.

Indirectly, VCs have major power over the company through signaling. The VC sits on the board and knows everything about the company. If they decline to participate in future fundraising rounds, it sends a strong signal to other potential investors that something is amiss. This helps current VCs dictate the amount and price to fund a company at.

Of course, all of this is happening while the company burns money in an attempt to grow. Thats why they need funding, after all. Because VCs want big outcomes, they encourage companies to burn their funding faster in pursuit of even more growth. It becomes a vicious cycle: the company spends all their funding to grow to an adequate acquisition price but doesnt quite get there, requiring more funding which then raises that acquisition price and makes it more likely they will run out of funding again. Sisyphean, indeed!

If adequate growth does not materialize at some point in this cycle, the VCs will cut their loses, there will be no more funding, and the company will either sell at a big discount (with employee stock options the first thing to go), or shut down.

This is not to say VC is a bad path for every media company. Weve seen awesome success with companies like Buzzfeed that used funding to break out to massive scale, with a global brand, a meaningful edge in expertise, and an efficient operation (though even they are having trouble growing revenue). Others like Maker Studios and Business Insider followed a smart game plan into an acquisition sweet spot for the traditional players they were disrupting. VC can work! But companies that take VC become a certain type of company — their options are constrained and they can end up in a vicious cycle.

That cycle is likely to play out for the remaining crop of media startups. All are soon past the Option A phase, and their investors willpush for renewed growth and revenue. The longer it goes on, themore funding they will take,the further the goalposts will move, and the more likely it becomes that the company never gets there. Some will succeed of course, and all have done something notable, regardless. But VCs exist to go big or go home, so many of these companies will end up the way most startups do: in failure.

MemSQL raises $30M Series D round for its real-time database

7 experts who are taking over tech and challenging racism and sexism in the...

Startup ecosystem report: China is rising while the US is waning