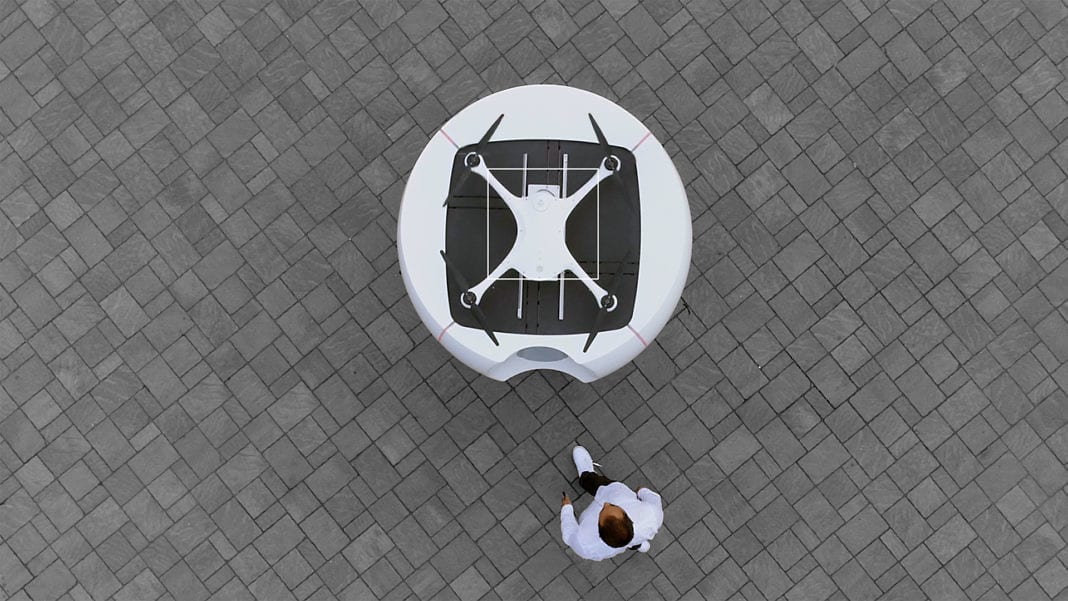 Matternet, a startup building autonomous drones for delivery, has been working to commercialize its tech via transportation of blood and pathology samples to labs. Taking traffic out of the equation has already shown it can cut hours off the testing process, but Matternet is pushing to become even more efficient at autonomous transportation. This drive led to the development of the Matternet Station — an automated basestation for swapping batteries and payloads on the company’s drones.

Packages ready to be fixed to a drone are placed into a drawer on the Matternet Station. A camera captures a QR code on the package which links it with a destination. Meanwhile, a storage bay of five batteries is made available to the drone. Everything happens smoothly and with minimal human interaction by design.

“We are taking the expert out of the loop,” Andreas Raptopoulos, co-founder and CEO of Matternet explained to me in an interview. “You don’t need someone to swap batteries or insert things into the vehicle.”

Lofty ideas are a dime a dozen in the autonomous drone space, but few startups can say that they actually have an operational product working in the field. While Matternet waits on a favorable regulatory environment in the United States, the startup is preparing to deploy its drones in Switzerland.

This means that Matternet will soon be transporting real blood samples from hospital rooms to labs. A technician would only need to place the samples into a designated container and then feed the box into the Station.

Minutes matter in the world of medical testing. Shaving just a few minutes off processing lab work can improve outcomes and increase the likelihood that patients receive the right treatment at the right time.

Matternet supplies its technology (cloud + drone + station) to transportation providers. These providers then market to hospitals, offering peer-to-peer transportation faster than any traditional approach to logistics.

With its tech starting to solidify, Matternet’s next goal is to grow operations to multiple cities in Switzerland before exploring expansion to the U.K. and Germany. You can check out a video of the Matternet Station reload and refuel process below.

‘Politics isn’t going to wait for you’: has Change UK missed its moment?

Theres no shame in a $100M startup

Only Couples Who Are In Love Will Do These 7 Things