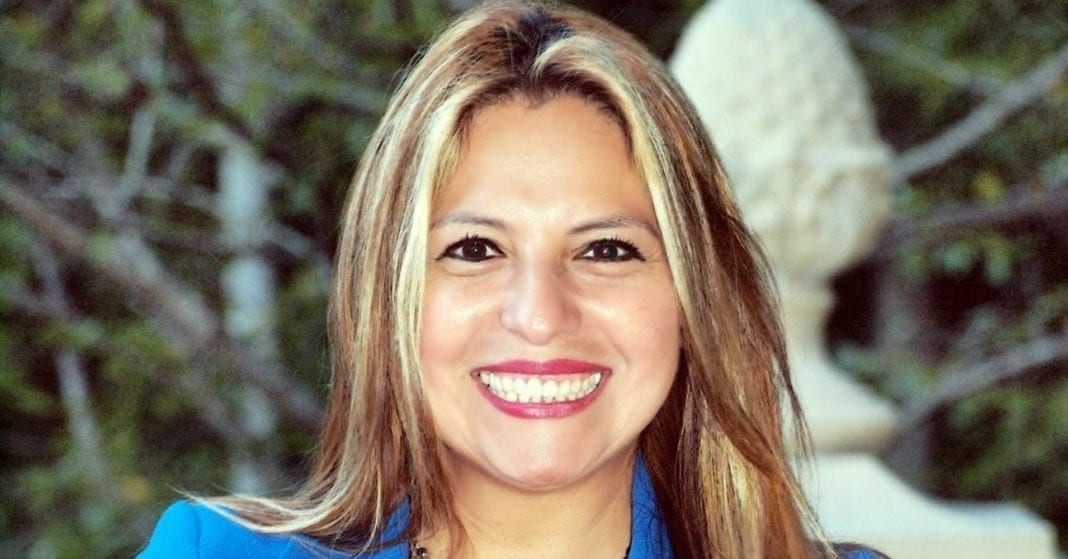 Virginia Del. Elizabeth Guzman (D) immigrated to the United States from Peru 20 years ago. As a single mother with a high school diploma and a certificate for bilingual clerical work, it was a challenge to make ends meet.

Now, with two master’s degrees, a career as a management analyst for the city of Alexandria, and a watershed election win under her belt, Guzman, 44, is about to make her debut on the national stage. Virginia’s first Latina immigrant lawmaker will deliver the Democrats’ Spanish-language response to President Donald Trump’s State of Union address on Tuesday.

“I can’t describe my emotions,” Guzman said. “It is an honor. And I’m happy to be able to be the voice of people that live in this country and are unhappy with the current administration.”

A phone call from House Minority Leader Nancy Pelosi (D-Calif.), who invited Guzman to make the speech, brought home the significance of the moment.

“She was on the list of people that at some point I would like to know. But this happened so fast,” Guzman said.

Guzman’s speech, which was recorded on Sunday, is expected to be broadcast on Univision, Telemundo and CNN Español. Guzman will attend the State of the Union address as Pelosi’s guest.

Guzman first got involved in politics in 2008, when she volunteered for Barack Obama’s presidential campaign. Obama’s vision of making “this country a place that will be more inclusive, more welcoming, to respect each other regardless of your race” inspired Guzman, she recalled.

But it was Guzman’s work on Sen. Bernie Sanders’ (I-Vt.) presidential campaign eight years later that would ultimately motivated her to run for office.

“He said if we really believe in his message about the working class … policies and laws are taking place at the state and local level. And if we really wanted to create change, then we needed to run for office,” Guzman said.

Guzman, who hails from Prince William County in the outer suburbs of Washington, D.C., took Sanders’ words to heart. She was tired of Republicans like Trump and then-Prince William County Board of Supervisors chairman Corey Stewart maligning her and her fellow immigrants.

It was time, she decided, for a public official who actually represented the area’s growing community of Latino immigrants and could dispel, rather than abet, stereotypes about them.

My goal was to prove that if Latinos just get up and vote and make their voices heard, we could actually have fighters, people who are champions of immigrant issues, minority issues. Virginia Del. Elizabeth Guzman (D)

“My goal was to prove that if Latinos just get up and vote and make their voices heard, we could actually have fighters, people who are champions of immigrant issues, minority issues,” said Guzman.

Guzman, who lives in Woodbridge with her husband and four children, went on to run for Virginia’s 31st House district and win comfortably.

In the Democratic primary, Guzman beat Sara Townsend, the district’s previous Democratic candidate, by about 200 votes.

In the general election, Guzman ran as an unapologetic progressive, advocating for issues including immigrant rights, organized labor and Medicare for all. She was one of 13 victorious Democrats who signed the anti-corruption group Activate Virginia’s pledge not to accept money from Dominion Energy or Appalachian Power Co., the state’s two largest utility monopolies. (In Virginia, which has no campaign finance limits, many critics believe that large utilities use their largesse to secure favorable legislation that effectively allows them to effectively evade regulation.)

Guzman vowed to fight for working families like hers, emphasizing her support for universal health care, more early childhood education funding and a $15 minimum wage, which she considers a “family issue.”

“I want these families to make more money so they can work less and spend more time with their children, so when their children grow up, they don’t make trouble,” Guzman said.

As a result of her staunchly liberal positions, Guzman picked up the support of left-leaning groups like the Progressive Change Campaign Committee, the Working Families Party and Our Revolution, the legacy group from Sanders’ presidential run.

But unlike some unabashedly progressive candidates, Guzman managed to stay in the good graces of the state’s Democratic Party, which aided her bid. She also had the backing of the Latino Victory Fund, which works to grow Latino political power, regional immigrants rights group CASA in Action, and the digital startups Flippable and Sister District, which helps elect Democratic state legislators.

On the strength of small-dollar donations, Guzman went on to raise over $1.1 million ― the third-most of any Virginia House candidate. She defeated eight-term GOP incumbent Scott Lingamfelter by 10 percentage points on Election Day.

Guzman was part of an unexpectedly large Democratic wave in Virginia’s November election that brought Democrats to within a random name-drawing of a 50-50 tie in the state House.

But when the dust settled, Republicans would have a 51-49 majority, ensuring continued GOP control of the lower chamber.

I am pro-family. I want to have families united. Virginia Del. Elizabeth Guzman (D)

Since arriving in Richmond this month for the new legislative session, Guzman has already experienced the limits of being in the chamber’s minority party. A bill she introduced that would require Virginia employers with 15 or more full-time employees to provide their workers with 40 hours a year of paid sick leave died in subcommittee.

However, a bill Guzman introduced requiring the state to pay out transition assistance money to wrongly imprisoned individuals within 30 days of a request advanced out of subcommittee. She is hopeful for a similar fate for other legislation she is sponsoring, including an income tax credit for Virginians who install solar panels on their homes.

The rough-and-tumble work of advancing a progressive agenda in a GOP-controlled state legislature can be frustrating and unglamorous.

But Guzman’s State of the Union response Tuesday night will provide a respite from those complexities. It is an opportunity for Guzman to let her passion for helping ordinary people ring out unfiltered.

Speaking directly to Spanish-speaking Americans, she plans to remind viewers that Democrats “will continue to fight for the working class.”

“We will continue to fight to maintain programs that have been helping people, like the CHIP program and Medicaid,” she said.

Guzman also plans to speak about the need to provide permanent legal protection to Dreamers, the undocumented immigrants brought to the country as children. Former President Barack Obama’s Deferred Action for Childhood Arrivals program shielded some 800,000 of those individuals from deportation and allowed them to work legally. Trump announced in September that the program would end in March. Devising a compromise that would protect Dreamers with a legislative fix is currently the subject of heated negotiation in Congress.

Guzman hopes Americans appreciate that parents who brought their children with them when they immigrated illegally for work did so to keep their families together.

“I am pro-family. I want to have families united,” she said.

When asked how she plans to balance her progressive views with the need to address more moderate voters as well, Guzman rejected the notion that a separate message is needed to address such voters.

“We are just one Democratic Party,” Guzman said. “We have to be reminded that we are the party of the working class. We need to remember that the Democratic Party was formed by the unions.”

“What happened in Virginia was a message that if we stick to our values, we can win elections,” she said. “And that’s what Americans want to see from us.”

“We cannot be centrist any more,” she added. “We have to go back to our values.”

What did VCs study in college?