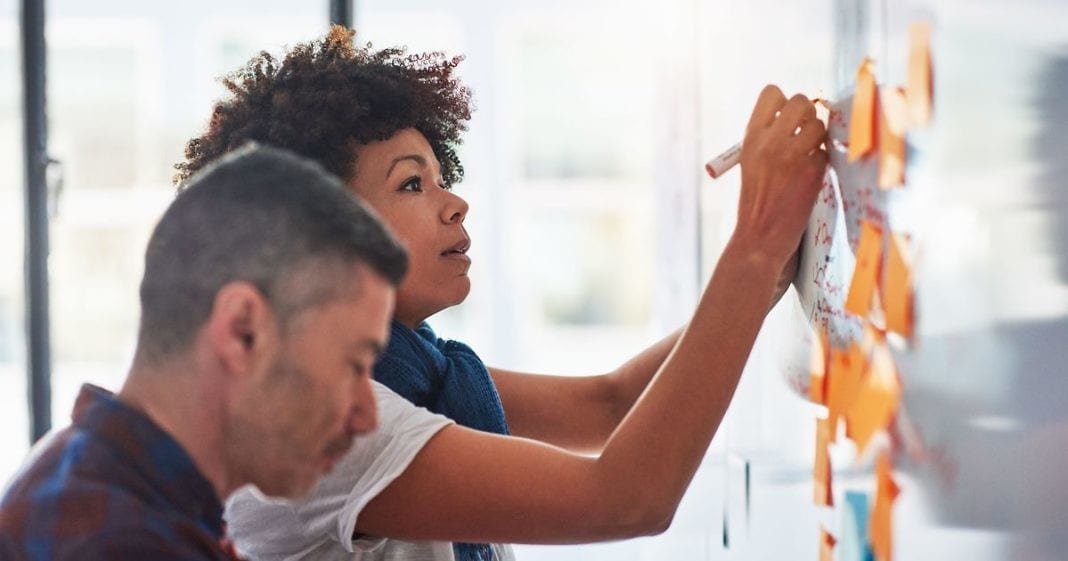 Young Americans aged 18 to 34 (also known as millennials) apparently love the idea of being entrepreneurs. Since many are burdened with massive student debt, they cant afford to launch startups. So a new survey shows theyll grudgingly join Americas corporate workforce.

More than 55 percent of them think their generation is more entrepreneurial than were Generation X, or even baby boomers. In reality, not only are there fewer entrepreneurs among millennials, theyre moving in the opposite direction: More view rising through the ranks of existing companies as the best route to success.

Sixty-two percent of millennials have considered starting their own businesses, and 72 percent think startups are essential for new innovation and jobs, according to The Millennial Economy, a survey of 1,200 18- to 34-year-olds commissioned by EY and the Economic Innovation Group. At the same time, a total of 42 percent said that they dont have the means to be entrepreneurs, in part due to student debt, which 48 percent believe has limited their career prospects.

SEE ALSO: For the first time in years, incomes are rising faster than home values

That doesnt mean that, come Mondays presidential debate, millennials will be cheering the notion of an entrepreneur-in-chief. This is a jump-ball, toss-up generation, politically, said John Lettieri, who heads EIGs policy development, economic research, and legislative efforts. They are not turned on by either party in large numbers, with more than double the number who identified in the survey as Republican or Democrat saying they are Independents.

The perception is one (and not just among millennials), but a lot of people think startups have never been hotter and particularly that young people are more engaged in startups as a generation than previous generations, Lettieri said. None of those things are true. Numbers show a long-term economic shift away from entrepreneurship and new business formation. We have a declining rate of new business formation, and that accelerated dramatically after the great recession.

This isnt good news for a generation that is already pretty jaded about its prospects. While millennials say theyre very patriotic and buy the notion that America is a place to be proud of, they’ve also been scarred by the economic uncertainty they saw their parents contend with and that they graduated amid, said Lettieri. That gives them a surprisingly conservative streak. With the presidential campaign in the final stretch, here are some of the biggest issues for this large group of voters.

Sticking with a company and climbing the corporate ladder is seen as “the best way to advance their career” by 44 percent of millennials. Contrary to their rep as job-hoppers, only a quarter of those surveyed saw switching jobs frequently as the road to success. They view people associated with start-ups as successful, but only 22 percent said that “starting one’s own company offers the greatest chance of success.”

SEE ALSO: Six things you shouldn’t do if you want a job, according to hiring managers

Black women in particular have thought about starting their own businesses. Seventy-one percent have considered it, compared with 66 percent of Hispanic women and 54 percent of white women. Hispanic millennials have the highest percentage saying they don’t have the “financial means” to be an entrepreneur, at 50 percent, followed by blacks at 48 percent and whites at 41 percent.

A total of 59 percent of millennials believe that government makes entrepreneurial success tough.

Millennials are not happy with where the country is going. Seventy-two percent said they had low confidence in the federal government, and 63 percent said the US is on the “wrong track.” Women were more pessimistic than men, at 68 percent to 57 percent.

Funding public education is their top priority for how the federal government should spend their tax dollars, at 64 percent. That was followed by Social Security and Medicare (46 percent) and national security (45 percent). Those priorities are shared across party lines, for the most part.

SEE ALSO: On Survivor, Millennials and Gen X get the showdown they deserve

While this generation has low confidence in many established institutions, ranging from the news media to Corporate America to the federal government, they have “a great deal or a lot” of confidence in colleges and universities (51 percent) and in the military (55 percent).

Financial security is a big concern. Close to 80 percent of those surveyed worry about “having good-paying job opportunities in the future,” and 74 percent said they worry about not having enough money to pay health-care bills if they get ill.

Most think the amount they pay in taxes is “about right,” at 52 percent, while 36 percent say they pay too much in federal income tax. Seventy percent think the wealthy pay too little in taxes and that lower-income Americans pay too much.