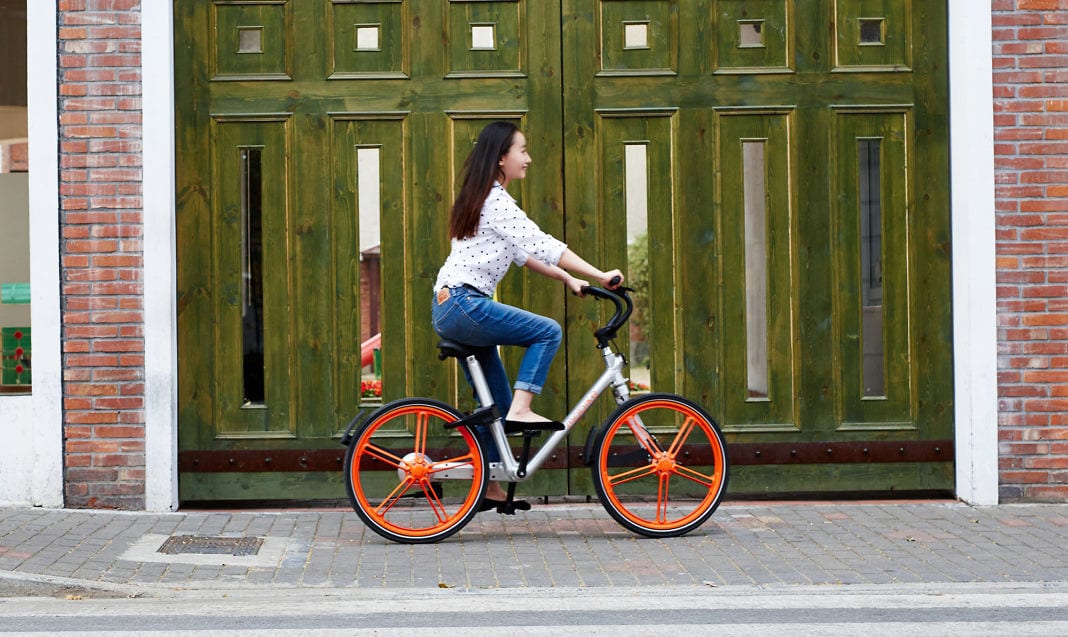 Mobike, one of Chinas largest bike-sharing companies, will launch in Manchester and Salford, its first cities outside of Asia. The service is slated to arrive on June 29, the Beijing-headquartered company said, and will start with 1,000 bikes.

#Manchester will become the 100th @Mobike city and the first outside of Asia see more at @MobikeUk #MobikeMovement https://t.co/3NXiBidaVl pic.twitter.com/4d3x5h3i2x

Mobikes launch outside of Asia (it expanded into Singapore in March) heightens is competition with Ofo, another well-funded Chinese bike-sharing startup that is keen on international expansion. Ofo actually beat Mobike to England when it launched a pilot two months ago in Cambridge, but that was on a much smaller scale with just 20 bikes.

Ofos U.K. operations director, Joseph Seal-Driver, however, told the Guardian that it wants to be in three U.K. cities by the end of this year. The two startups have been busy building their war chests over the last 9 monthswith large funding rounds. Ofo was the first to claim unicorn status after closing a $450 million round led by DST (its other investors include Didi Chuxing, Chinas top taxi-hailing service). Mobike, meanwhile, has raised over $300 million from backers including Tencent and Foxconn.

Both startups are sometimes called the Uber of bikes because they allow users to locate and unlock nearby bicycles though an app. Mobikes bikes have built-in GPS and smart locks and at the end of their trip, riders can leave them wherever they can be parked legally. Since bikes dont need to be locked into special docks (like, for example, Santander Cycles, the London-based bike-sharing service launched by former mayor Boris Johnson), this system is not only more convenient, but also highly scalable.

The drawback is that piles of bikes from bike-sharing startupshave become a public nuisance in some Chinese cities. This prompted Mobike to implement a system that lets its users report improperly parked bikes that belong to it in China and in Manchester it is taking a cautious approach to its rollout by starting with a six-month trial period. It has also agreed to work with the city councils of Manchester and Salford, andTransport for Greater Manchester (TfGM).

In Mobikes press release, mayor of Greater Manchester Andy Burnham said, Were conscious that our city center is a complex and busy area already, so TfGM has been working hard to establish a voluntary code of working with Mobike to make sure the service operates in a way that doesnt inconvenience other road users, pedestrians or city center traders.

How can tech companies treat their contractors better?